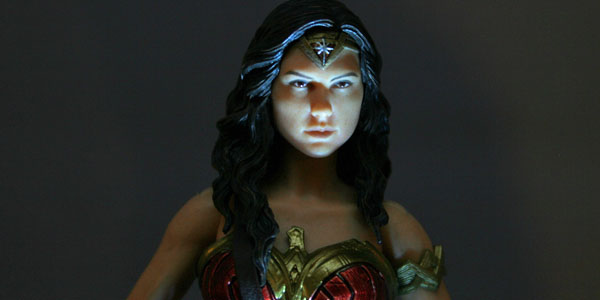 The DCEU’s best super hero is a solid, if not remarkable, addition to Mezco’s One:12 Collective.

I don’t know what it is about Gal Gadot’s Wonder Woman, but as amazing as she is on screen, she has yet to lend herself to an equally incredible action figure. There’s been lots of attempts, many of which are good, but none of which truly capture her likeness and energy as realized on the big screen. Mezco Toyz’ One:12 Collective release is the latest cinematic Wonder Woman toy, and she’s pretty good, but doesn’t really elevate beyond the quality we’ve seen from other companies in the past.

The One:12 Wonder Woman features a very good base body, loaded with useful articulation which lends itself to a wide range of posing options, but the mostly plastic armor limits Wonder Woman’s mobility, especially in the torso, which is left almost entirely static. From that restricted core, what you can do with the ample joints in the figure’s arms and legs is largely useless, especially considering how the ankles are restricted by the unique sculpt of Wonder Woman’s boots (separate pieces from the legs themselves, but not intended to be removed.

I’m starting to think Gal Gadot has one of those Mark Hamill faces, entirely distinct and instantly recognizable yet very difficult to capture in a sculpt. The two alternate heads included with the One:12 figure are good, and from certain angles really nail the actress’ portrait… but from other angles, including head-on they look slightly off model. I think it’s smart to opt for rubber hair in lieu of rooted for the long-haired One:12 figures, but the end result does limit Wonder Woman’s neck range. It wouldn’t be so bad, but combined with her severely limited torso, the result is a decidedly static action figure, a far cry from the concept of the One:12 Collective. 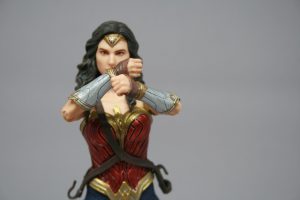 It wouldn’t be as frustrating, if not for the pedigree of quality in the One:12 Collective, and how many individual elements there are to love with the figure, even though they fail to come together. The metallic paint on Wonder Woman’s armor is perfect, right down to the silver weathering that bleeds through the striking reds and golds, adding a sense of realism to the aesthetic. And while we’ve seen more accessories with past One:12 figures, Wonder Woman’s arsenal is pretty solid, including her sword and shield, a coiled lasso, an unfurled lasso with a fully poseable wire, and three alternate sets of hands including fists and poses to hold the various gear. She also includes a One:12 display stand emblazoned with the “WW” insignia and a clear plastic armature that assists with gravity-defying action poses.

Had this figure been released from, say, Mattel, as a mass-market toy, it would be incredible. But considering the high-end,pedigree nature of what the One:12 Collective is, this Wonder Woman doesn’t hit the same heights as previous greats like The Joker, The Punisher, or the Dark Knight Returns Batman do. She’s a solid addition to a One:12 or Wonder Woman collection, but I was honestly hoping Mezco’s release would finally serve as THE definitive Gal Gadot Wonder Woman toy. This figure doesn’t hit that mark, even if there’s a lot to love here. The cinematic version of this classic character deserves true greatness in toy form. Even on the other side of her One:12 release, we’re still waiting for that to happen. 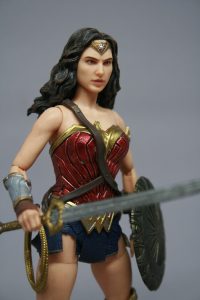 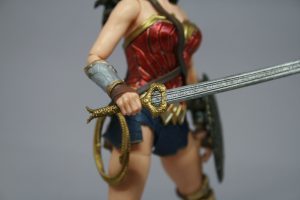 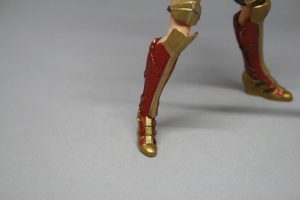 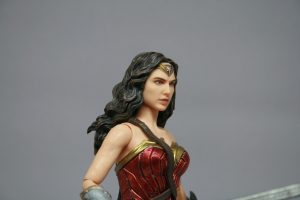 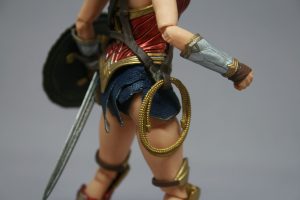 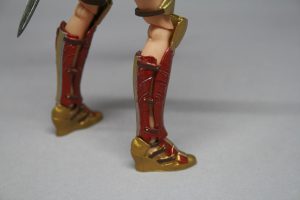 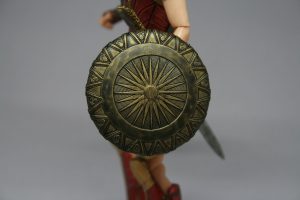 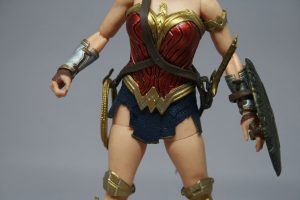 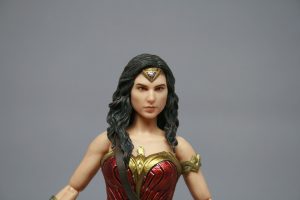 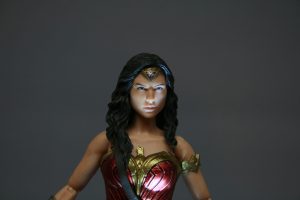 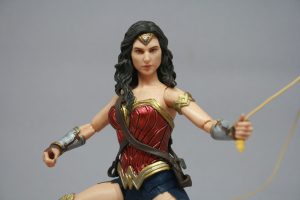 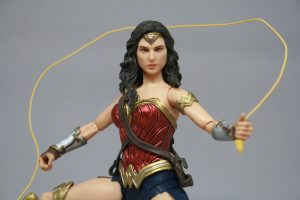 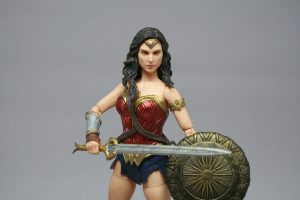 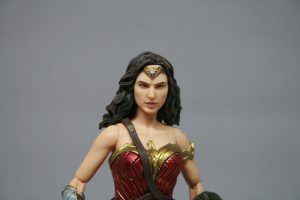