Chucky, the homicidal doll who contains the spirit of Charles Lee Ray, a serial killer better known as “The Lakeshore Strangler,” is now a 5inch action figure, Mezco’s latest edition to its ever-expanding line of Chucky merchandise.Mezco’s designers have created an all new sculpt in an all new scale that not only captures the look of Chucky, but the very essence of his red-haired menace. Every detail has been captured; from his classic coveralls to his striped shirt. His glistening, insane eyes, his sneering lips, and his shocking red hair make this the most evil and iconic Chucky action figure ever.Chucky features not only two film accurate weapons: a gun and knife, but two sets of arms as well! Chose your weapon, and then attach the appropriate arms for dynamic and versatile poses.Chucky is packaged on a display friendly blister card so he can watch you and plan his attack! 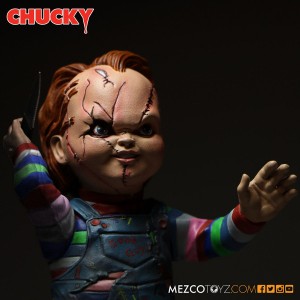 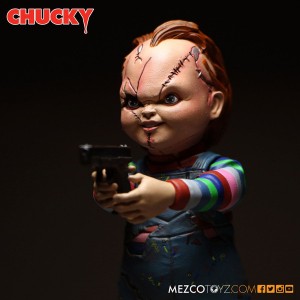 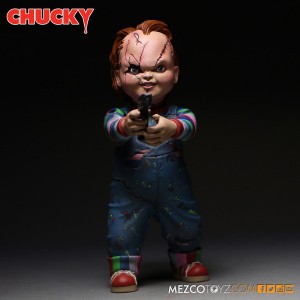 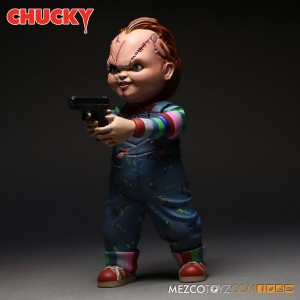 The Chucky 5inch Action Figure slashes his way into collections in September -October or can be pre-ordered athttp://www.mezcotoyz.com/childs-play-chucky-5-inch-action-figure