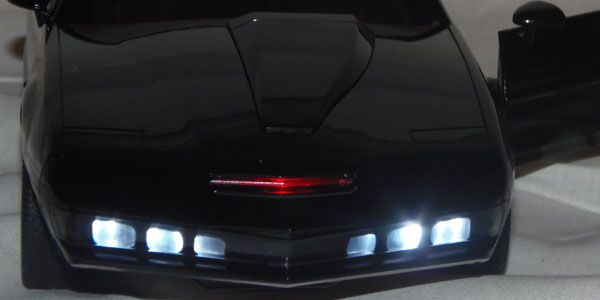 In the year 1982 Friday night meant one thing, Knight Rider. And thanks to Diamond Select a piece of past is now a available to collectors, K.I.T.T.

For me Friday nights were filled with action and adventure thanks to the Hoff and his cool car. I would sit in front of the TV with a big bowl of Ice Cream and watch Michael Knight drive around saving people in the coolest Pontiac Trans AM.

KITT made his debut 21 years ago and has been part of the pop culture world ever since inspiring many people to dream of a car that could talk and do very cool things on its own. Now thanks to Diamond a new generation is introduced to KITT. 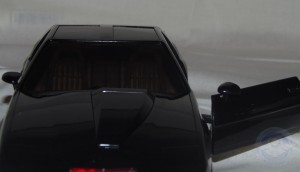 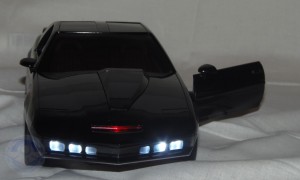 The car is 15 inches of eighties goodness in a 1/15 scaled toy. KITT is equipped sounds, including the same snarky voiced character, AKA William Daniels (that’s Mr. Feeny for the younger kids). KITT has 8 different phrases, and six different sound effects, as well as a Light up Led bar on the front hood, flashing front, and tail lights, and a light up computer display inside the car. 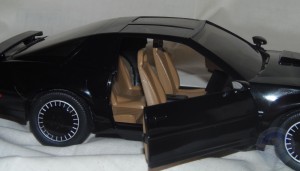 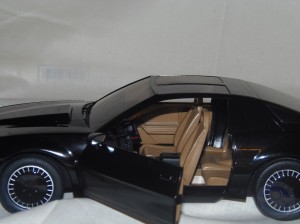 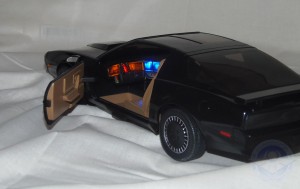 This is an exact replica of the show car this is a must have for anyone who loves classic eighties television, as well as sharing a part of your childhood with your kids. The only thing missing is that classic Michael Knight character, however he was produced as an exclusive for Entertainment Earth. If you are a fan in mixing and matching toys yes a 3&3/4 inch figure will fit perfectly thanks to the fully functioning doors. KITT can be found at your local Toys R Us, or directly through Diamond Selects website, and with a 49.99 price tag its easy on the wallet.

Thanks to Diamond Select for providing this car for review