Michael Pitt Won’t Be Back for Hannibal Season 3 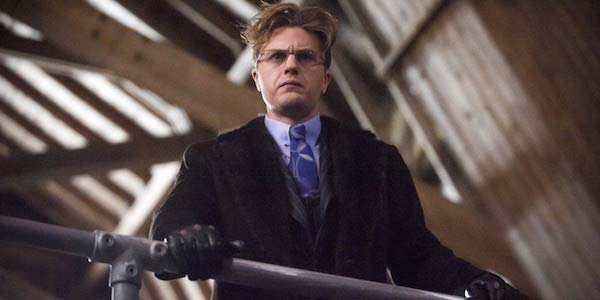 One familiar face will not be returning for the third season of NBC’s Hannibal.

Sad news from this weekend– Michael Pitt has opted not to return as the newly disfigured but still psychotic Mason Verger for Hannibal Season Three.  This is obviously sort of a bummer, because Pitt attacked the role with such gusto he was a sight to behold, somehow managing to achieve the heights of pure camp without ever being laughable.  His Mason was a straight-up super villain in a world of serial killers; completely over the top and ridiculous, but perpetually chilling as he was captivating.

That being said, while I will miss Pitt dearly in the role, if ever this was the right time to re-cast any role ever, this is it.  Season Two left Mason drugged up by Hannibal, carving off pieces of his own face and feeding them to Will Graham’s dogs, so when we revisit the paralyzed maniac this season, he’s going to have a whole new face regardless… Well, at least part of one:

That’s Joe Anderson (The River) in full makeup, as he will appear in Hannibal Season 3.  Quite frankly, Mason looks perfect, not the I’m the least bit surprised considering what a twisted feast for the eyes Bryan Fuller’s horror drama has been since day one.  I’m hopeful Anderson can bring the same manic energy to the character as Pitt… or better yet, he can take advantage of Mason’s new situation and truly make the character his own beast.