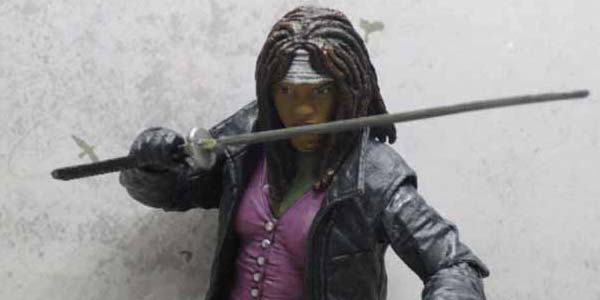 The sword-wielding survivor gets a much-needed update with the latest Skybound exclusive action figure.

McFarlane Toys’ comic-inspired Walking Dead series hasn’t included the same range of figures as the TV show line, but they’re still hitting all the biggest players.  The latest addition to the line is a modern update to Michonne, who we haven’t seen in this collection since the relatively primitive Series One years ago.  Based on her look in the All Out War story arc, the new Michonne is a huge step up in every way possible, making her a must-have for fans of the character and Robert Kirkman’s comic series.

Michonne is an all new sculpt, and she’s packed with the same great attention to detail as the recent Rick and Andrea figures.  The survivor is equipped with her signature katana sword, as well as a pistol with working holster on her belt, and a heavy jacket over her jeans and shirt.  The sculpting is excellent, from the grave seriousness on Michonne’s face, to the folds and wrinkles of her jacket, to the realistic distress on her jeans.  The figure can hold her sword very well in one or both hands, and she features enough articulation to pull off a number of battle-ready poses.

The new Michonne is a great addition to the comic lineup, and she fits in perfectly with Andrea, Jesus, Rick and the other more recent comic figures.  I doubt we’ll ever see the comic’s entire cast in this line, but I’m totally fine with getting these sorts of definitive editions of the most important characters.

Michonne was Skybound’s Comic-Con exclusive, available in both full color and bloody black and white variants.  She may still pop up on the Skybound website, but in very limited quantities, so check HERE if you want to add her to your collection. 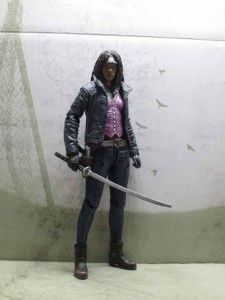 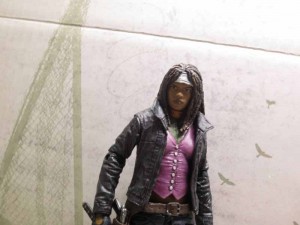 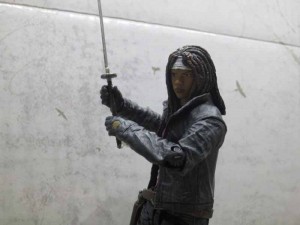 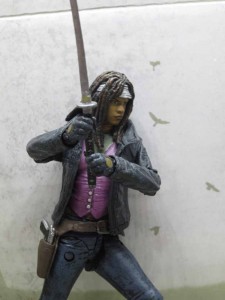 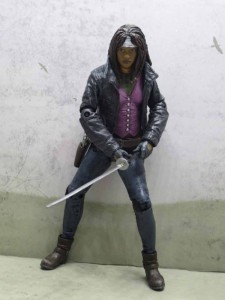 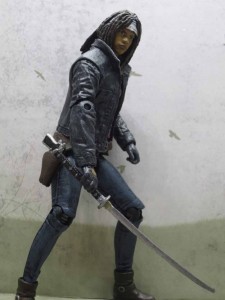 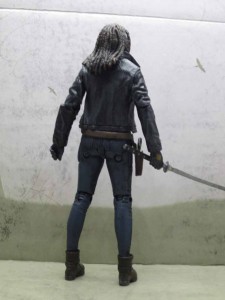 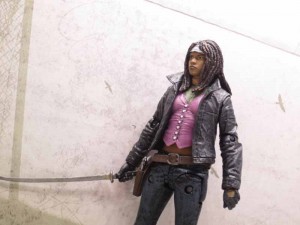 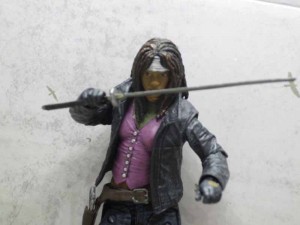 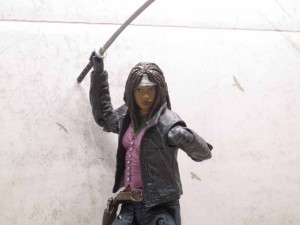 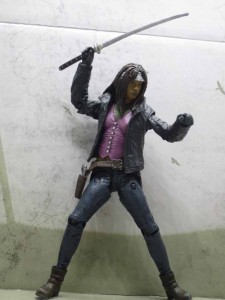 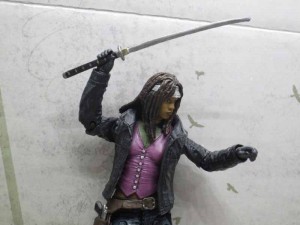 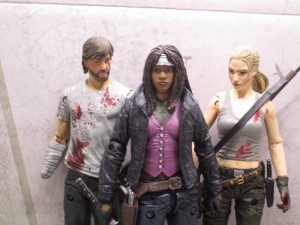 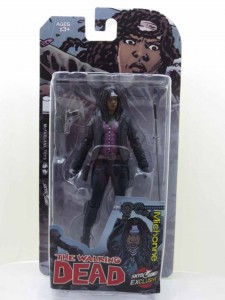