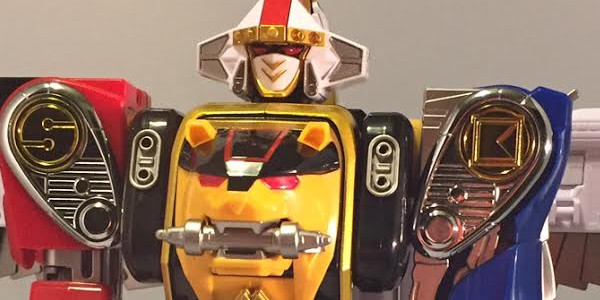 Not to be confused with the new Power Rangers movie Megazord that will be shown on the screen in 2017, this is from the 1995 movie.

Early in 2016 Bandai America released the Legacy Falconzord and fans were full of wonder if in fact, we would get the Ninja Megazord as well. SDCC answered that question with a full on display, and thus the Legacy line continues. The Ninja Megazord and the Falconzord made their debut in the USA with the 1995 motion picture that gave the teenagers with attitude a new look that would be adopted by the television show on the next season. Originally this footage and Megazord was from Ninja Sentai Kakuranger and not Mighty Morphin’s Japanese doppelganger. 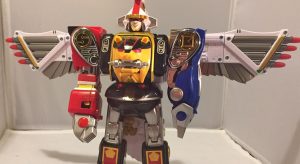 Bandai America did a great job taking the original and adding some die-cast to modernize the design. However, that is where the hype is gone with the Ninja Megazord. The past Legacy releases were amazing and beyond words awesome. This one fell flat. The individual Zords look INSANELY small, especially the Cranezord. Now I understand this was a reuse of the original model’s mold, but after having the MASSIVE Shogun Megazord in hand this seemed extremely puny.

Paint application and the diecast make this a fantastic display piece for the Power Ranger die-hard fan but to justify $100 for a casual fan for this just does not cut it. This is sad because I am a fan of the series and this line and to see something with so much promise fall flat is dishearting. The weapons for the Apezord are very brittle as well and unless you plan on displaying the individual Zords not morphed you can keep them in the box.

There is a small amount of articulation in the legs to allow some poses and the right arm (Apezord) will allow some elbow movement. However, the left arm (Wolfzord) has no articulation besides up and down at the connection for the shoulder. There is a bonus with this Megazord if you have the Falconzord, you can attach it to the back to form the Ninja-Falcon Megazord, and you can also add this to Titanus to form the Ultrazord from Mighty Morphin season three. I am looking forward to the next release in this line which should be Shogun Megazord or Zeo going by the show’s timeline. With the new movie though we may not see any until after they are done with all the promotions for that in March 2017.

JQ gives this one a 5/10. It fell flat where they could have hit a homerun, but the fanboy in me doesn’t want to completely register this as a total fail. 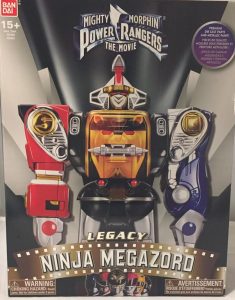 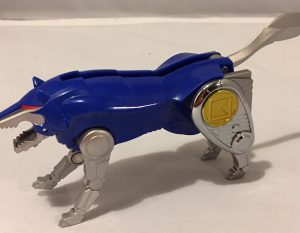 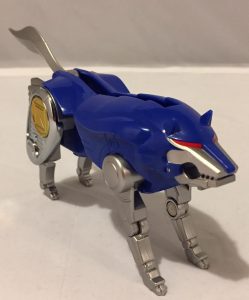 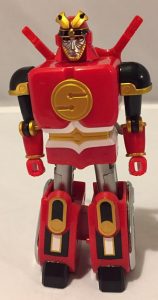 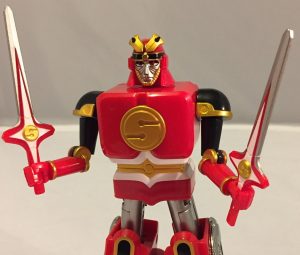 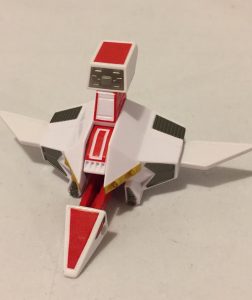 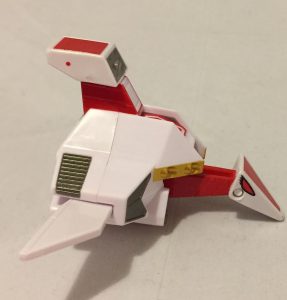 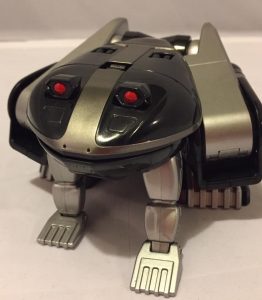 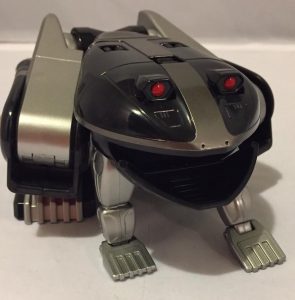 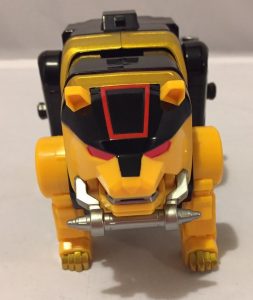 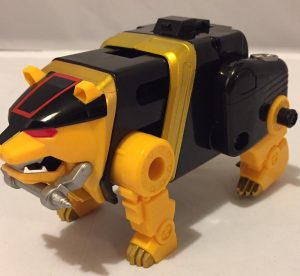 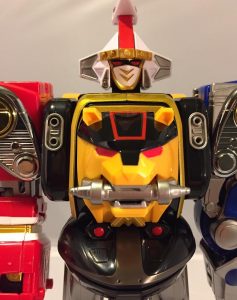 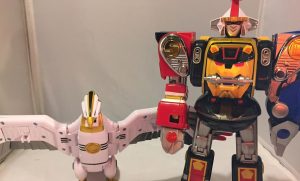 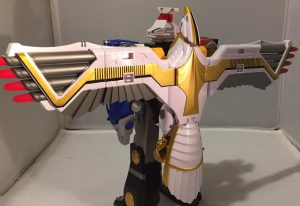