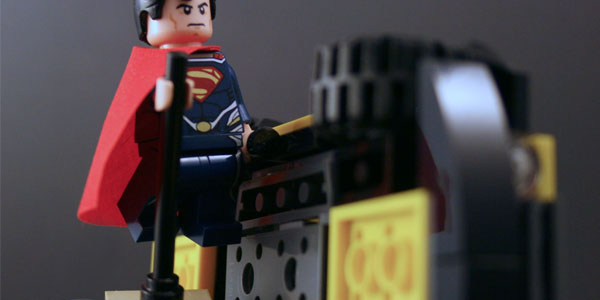 The newest set from Lego packs a mighty punch for fans of the Man of Steel. Check out what the Metropolis Battle set includes for Lego and comic fans.

The set is small only containing about 120 pieces, but acts as an introduction into the new Man of Steel film world for Lego collectors. The set offers fans two new minifigures and two builds. 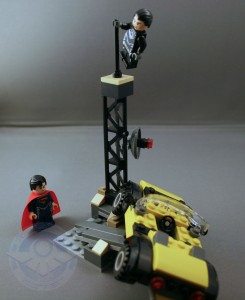 The first build is a radio tower with a seesaw construction on one side that can be used with the second build of the set. The tower is built on a small 8×6 plate and a few small pieces, a simple and quick build. The second build is a yellow and black car that can hold one minifigure in the driver seat. The build resembles a sports car with spoiler on the back end and convertible top. The car has two handle pieces near the rear tires, making it possible but difficult, to pose the car above the head of a minifigure.

The two minifigures included in this set are the movie versions of Superman and General Zod. The movie looks make it hard for collectors to mix these in with their other DC sets, but Zod could pass with other comic accurate figures. Both figures have two sided heads; one with normal eyes and one with heat vision eyes. These figures are included in other sets, making these the least desirable figures in the Man of Steel theme.

Overall as a small set for those who don’t want larger builds, this is a suitable set. It gives fans a nice quick build with a few accessories making for a fun playset for your desk at work or at home. 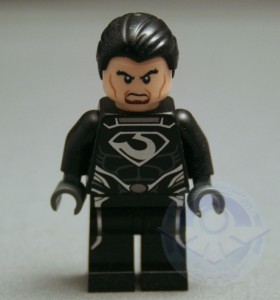 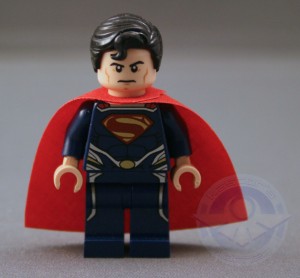 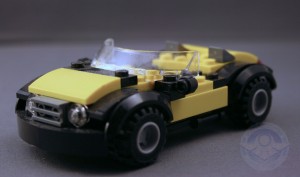 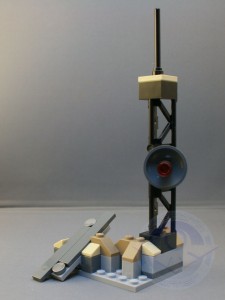 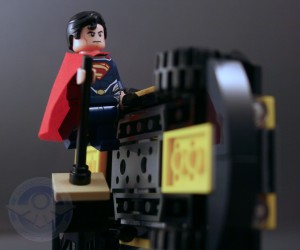