Mini-Monday- Batman Gets Some Much Needed LEGO Costumes 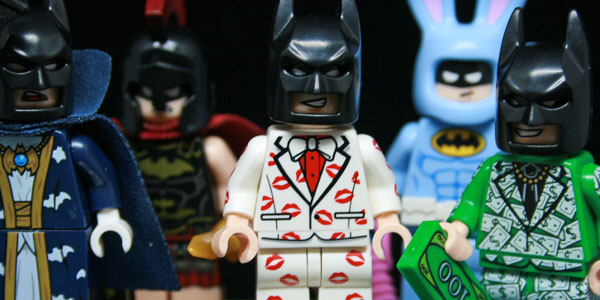 LEGO has done a great job at getting out most of the Batman suits seen in the LEGO Batman Movie, and through Toys R Us and Target were are closer to getting them all.

During Bricktober Toys R Us and LEGO teamed up to help get us even more versions of Batman for collectors. Every collector has been waiting for the Bunny Suit Batman since seeing it in the film and in the designs of the film book, and when LEGO released a flashlight version everyone was worried we would not see a Minifigure version. Thankfully this figure headlines the 4 pack, but it is missing his cape. The colors of the bunny a nice shade of pastel blue capturing the feel of the Easter season. The Money Suit has duel printing on the torso, and a two sided head. It is only a short part of the film, but the swagger of the look is well represented in the face. The Mage Suit gives Batman the magical look in the LEGO Batman Movie world, with a staff, cape, and collar. The final figure in the set is the Roman Warrior Suit, complete with sword and shield. This figure borrows the weapons from other minifigures, as well as his helmet.

There is one more look you won’t find in a set or blind bag, the Kiss Kiss Tuxedo. It was originally part of a give away in Asia, and some slipped into theaters in the US, but many collectors were worried it would never see a wide release. Thankfully Target stepped up and took it on as their exclusive during the holiday season. The figure is a keychain, so turning him into a minifigure can be tricky. A lot of video’s on line say just heat up the hook in the head, but it is not that simple, it took a lot of heat and force. It left me with a rather loose figure, but still worth the work. I still can’t decide which cowl, black or white? 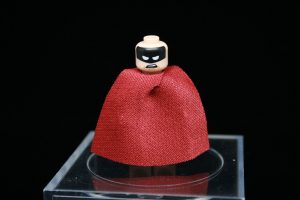 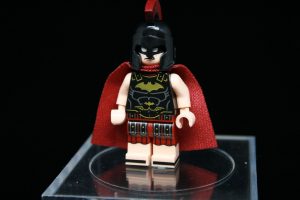 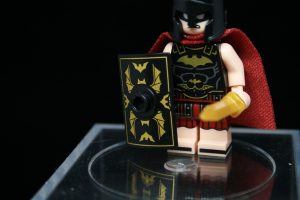 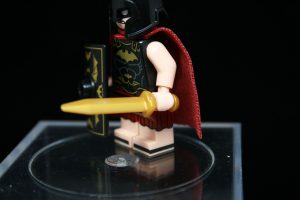 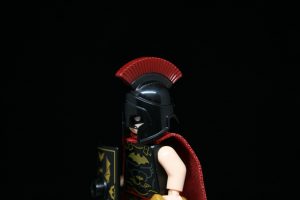 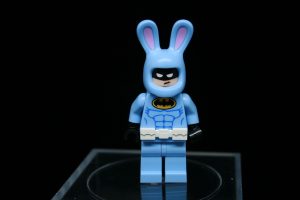 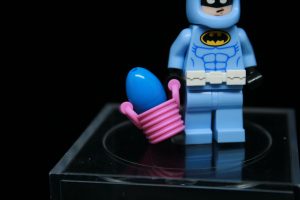 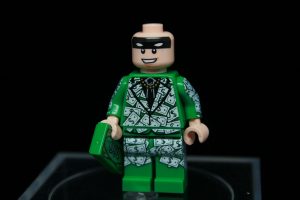 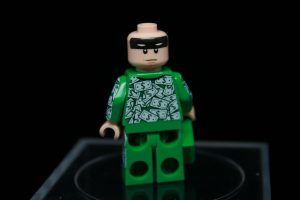 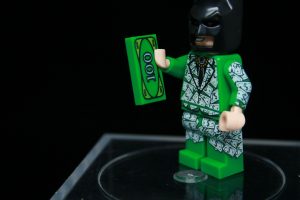 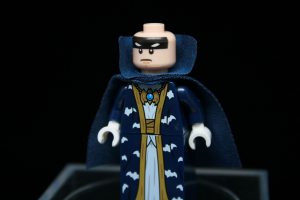 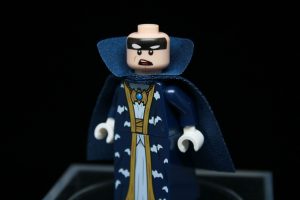 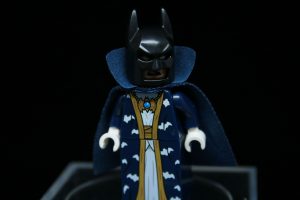 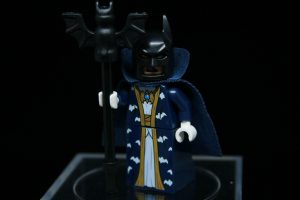 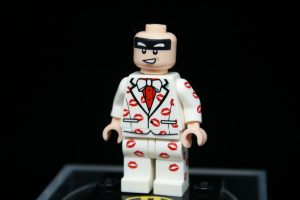 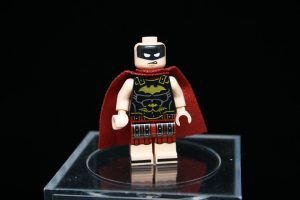 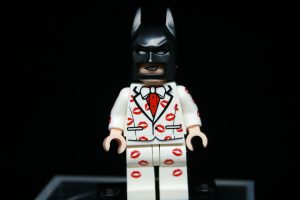 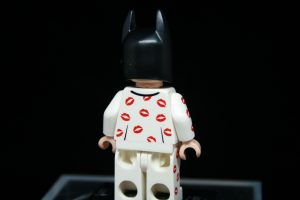 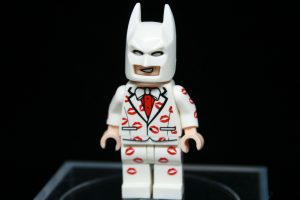