Mini-Monday: Scarecrow Is Ready For A Fearful Showdown 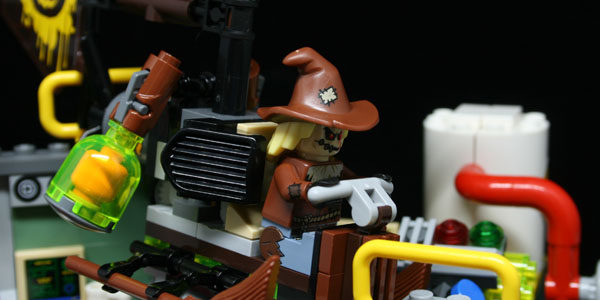 The smallest new Lego Batman Movie set pits the Scarecrow and his mini-copter against Batman.

The Scarecrow Gyro-copter only have a few moments of screen time, but it is just one more character specific vehicles that helps balance out all the Bat-vehicles collectors have seen over the years. It a simple build, and one of the weakest of the whole line. The overall design is decent, but the execution is where the build falters. The broom sticks for bases are a nice touch but the arms attaching them is too flimsy, and is constantly moving. They are strictly for show because they don’t provide any support for the build. The rear propellor is smooth, but the top one gets caught and sticks. The fear bombs are also on a hair trigger, so I have found removing the top stud will help keep them on for display.

The other build in the set is another addition, although it does not connect, to the Gotham Electric Plant. It matches the design and colors of the previous three sets, but it lacks any connection points. This time the build has a launcher that can fire a fear bomb into the air.

This set comes with two minifigures, both give some variety to the line. The Scarecrow is in his more classic costume, and while the hat is reused, this is a new look to costume from the previous two versions. The Batman is also slightly different than the other 14 versions, instead of a cape his has his wings, and jet pack. 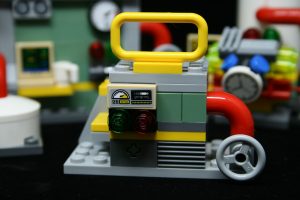 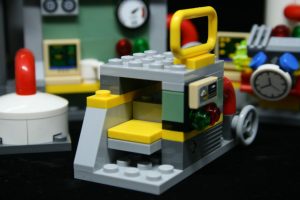 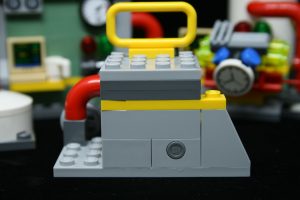 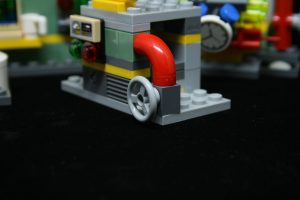 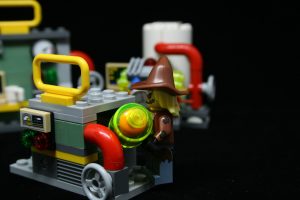 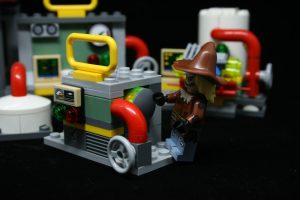 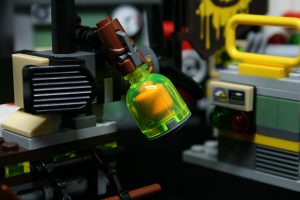 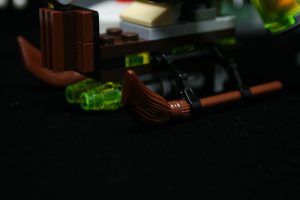 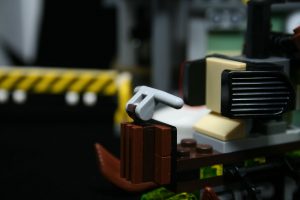 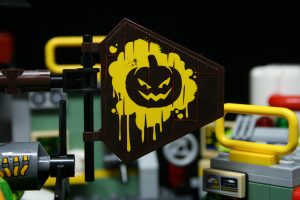 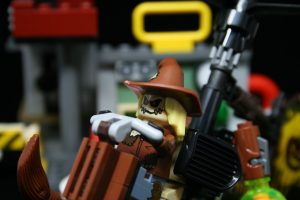 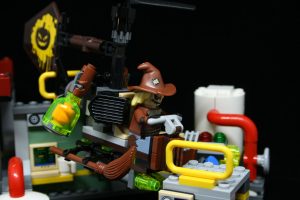 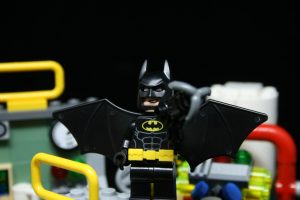 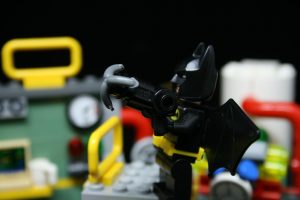 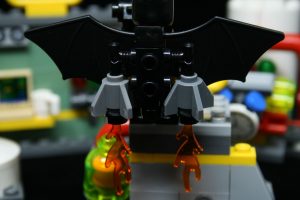 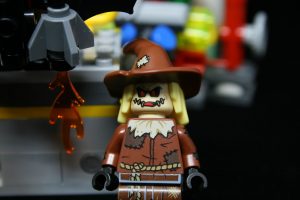 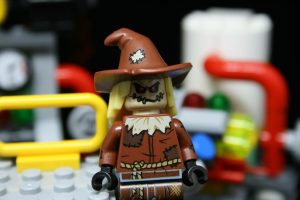 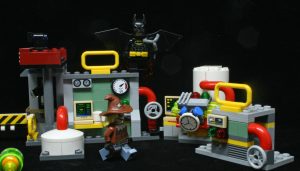