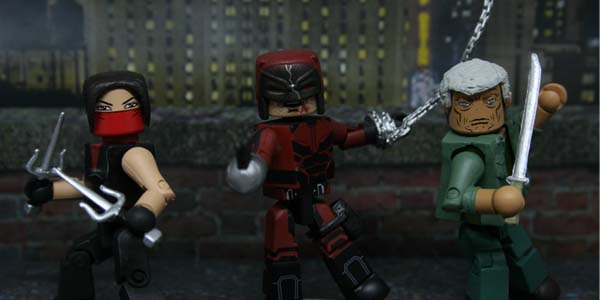 Diamond Select Toys is pumping out the minimates, this time Netflix’s Daredevil rounds out the main characters in this new boxset.

The minimate boxsets have been a great way to get collectors full sets of figures. Would we like more like army builders and other looks for chracters? Of course we do, we are collectors, but the box sets are just like the Netflix shows a full wave will all the bells and whistles in one purchase.

Of course the first box set had to have Matt/Daredevil and Kingpin, but some fans were calling for Stick and Karen, well with both having bigger parts in the second season this is the perfect box sets to fit them into. Karen is the plainest of the set, though her accessories might be the coolest. She comes with the x-ray of Frank Castle and his medical file, while they are small, they are just perfect. It is these little touches that really make these box sets worth picking up. The x-ray could have just been a solid plate, like the file, but they made it translucent and has ASM129 on it, referring to his first comic appearance. 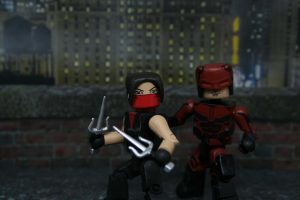 Stick comes with a sword and his walking stick, but he also comes with an alternate head. One head has his signature shades, and one with his eyes showing, but also has alternate tops of hair and a hat. Stick has such a unique look on the show, the minimate captures that in such a small form. Elektra is also a fantastic figure to add the the minimate world. She comes with two heads, one with mask up and one with mask down, but what makes it cool is the extra piece around her neck. This may seem like a minor thing, but when you look at the character in the show, it helps make this minimate look more realistic.

The final figure in the set is the man himself, Daredevil. How does this one differ from the past versions? He has a cracked mask, which sets him apart from the SDCC version, and is missing his leg holdster. He does have hair so you can remove his mask, but shows him bloody and beaten from his fight with the bikers. This version also has a gun taped to his hand and a chain wrapped around his other arm, recreating his look perfectly from the fight scene in the show.

This is surely not the last Netflix minimate boxset, Iron Fist is due later this year, and we can hope that DST will dive deeper into this world as the shows come out over the next few years. 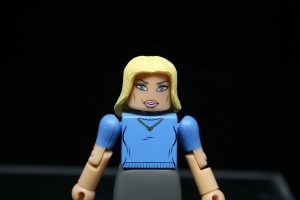 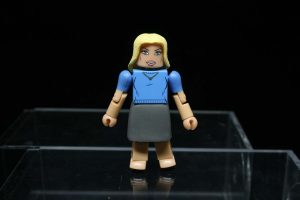 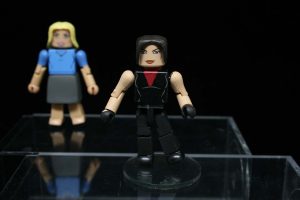 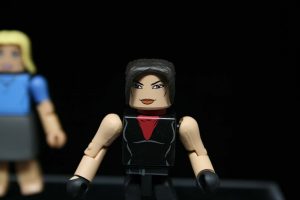 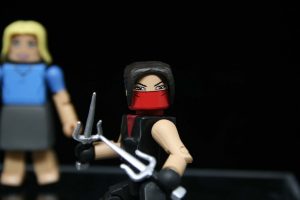 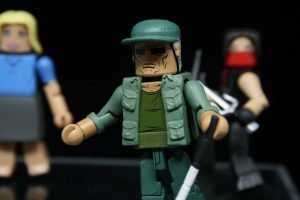 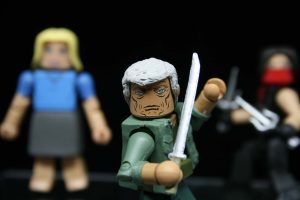 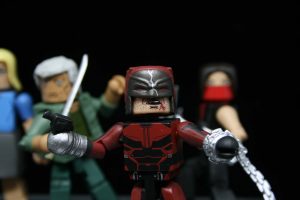 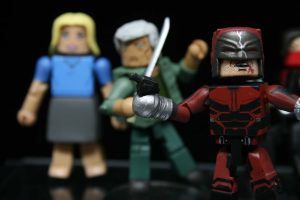 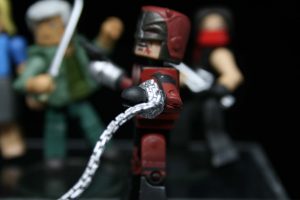 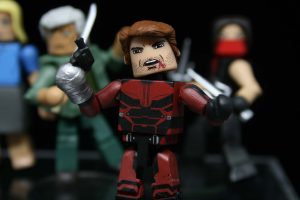 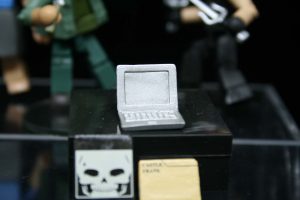 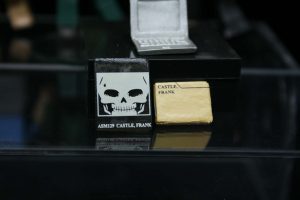