Minimate Monday: Drax And Nebula Are Ready to Rumble 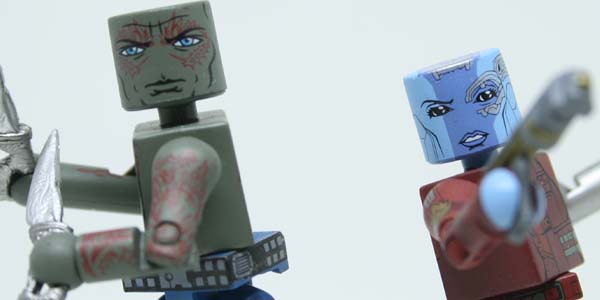 How do you make sure that Minimate collectors keep heading to Toys R Us? Make sure that there is an exclusive pack with must needed characters.

Guardians is less than a month away, and the Minimates are hitting stores giving fans up dates of the frist films characters. If you want to complete the team you will have to head to Toys R Us, that is the only store you will find Drax and Nebula. 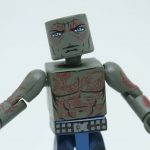 Both get a complete overhaul, with new printing and details, right down to the weapons. Drax is much slimmer this time around. He has a normal Minimate body and feet, unlike the bulky first one. The body tattoos are almost exactly the same, on a smaller body, and the main change is the face. On the first figure the tattoos where much brighter, but on the new one they are subtle, allowing his face to be the focus. He also gets eye color update, in the first ‘Mate his eyes were black, but he gets a correction to make the bight blue film eyes in the updated version. His knives also get a full sliver paint job, missing the black handles from the other figure. Over all it is a great update to the figure, I like the slimmer build on the figure, because although he is ripped in the film he is not as thick as the Hulk. 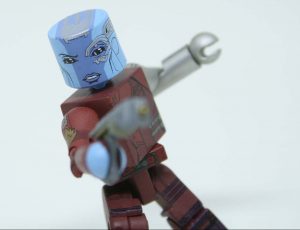 Nebula also gets an update in the new pack. The one of the first films villains gets a Ravager make over, with a slightly different head deco, and an updated blaster. These details, along with the trailers, clearly make her part of team in some way, giving us some hints about the film. The first figure’s head was rather stoic, where this one has a little more action and anger. What really stands out is the clean details of all her cybernetics, not that the first figure was sloppy, but these lines are precise and blend into the overall look of the character. Like Drax, Nebula is an overall improvement making all the aspects of their costumes and makeup blend together.

These are starting to show up at Toys R Us Stores, along with a few other packs. And Come back next week to look at the full wave as well as you chance to win a set or two for your own collection. 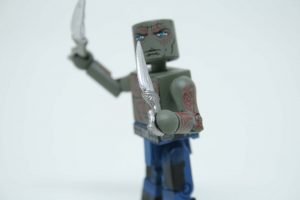 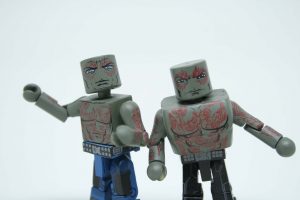 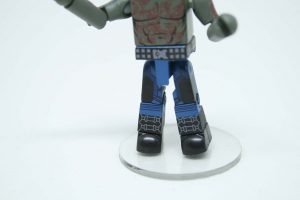 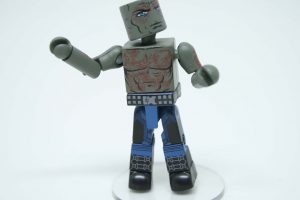 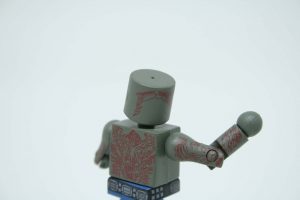 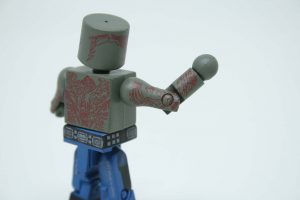 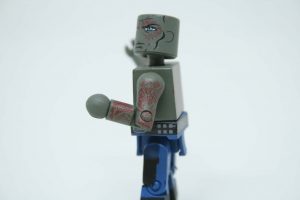 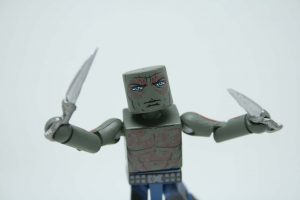 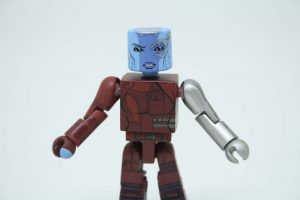 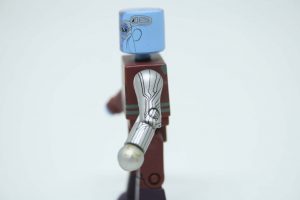 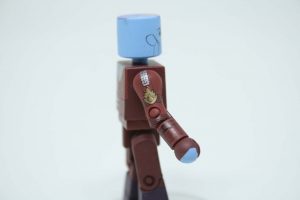 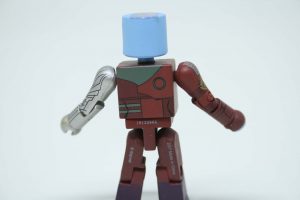 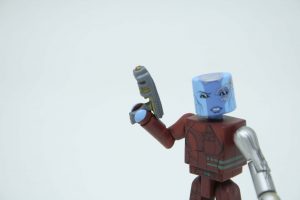 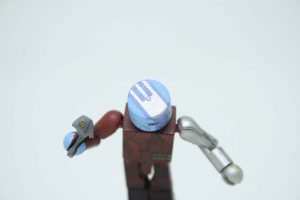 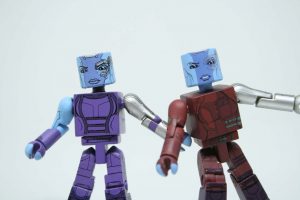 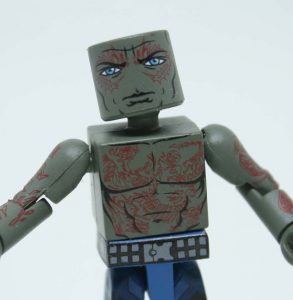 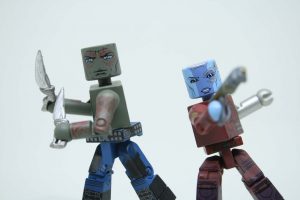