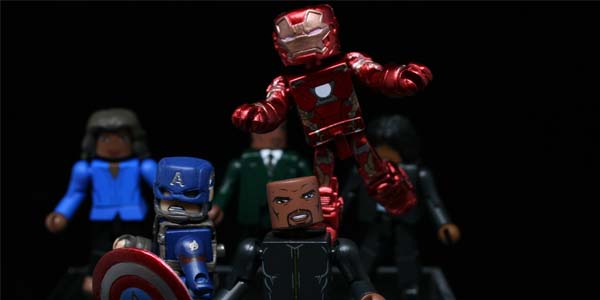 Luke Cage was a hit on Netflix, and now he has his second Minimate from Diamond Select Toys.

The minimate box set from Netflix’s Luke Cage gives us half of the cast of the hit show.

Say his name! The newest Marvel TV star is Luke Cage, a.k.a. Power Man, and the Marvel Minimates line is celebrating the release of his first season with a box set of Minimates based on the Netflix series! Luke Cage, Misty Knight, Cottonmouth and Mariah Dillard each measure approximately 2 inches tall and feature up to 14 points of articulation. Each figure features interchangeable parts and accessories, and Luke Cage can transform from his hooded streetwear to his post-experiment Power Man look!

This is the second Luke Cage figure from Diamond Select Toys based on Mike Colter in the past year. The first version came in the Jessica Jones box set, in his leather jacket and blue shirt, but this version matches his hoodie look from his own show. DST could have just used the same head from the previous set, but gave fans a two new heads. The first look of Luke in his hoodie give fans the option to display him with the hood up or down, depending on what scene you are trying to recreate. The second look is of Carl Lucus in this pre-Cage days. He is wearing his classic 70’s crown, wrist cuffs, and his full beard. This look was brief in the show, but Sweet Christmas it is a fun look for him in Minimate form. His partner in the show, Misty Knight is in her stree gear with a alternate hand with badge and gun.

The final two are the villains of the show, Cottonmouth and Mariah Dillard. Both figures are pretty standard, with one accessory between the two of the them, a standard gun. I wish they had gone with the revolver, because it played such a part on Cottonmouth’s back story, and then carried on through Mariah.

Looking at the set is not as dynamic as some of the other Netflix minimate sets, but could be important to customizers and collectors. This set gives you four plain bodies to change up and switch around. This could add to your diorama, giving options to mix and match parts and create multiple citizens, something that standard superhero sets don’t allow you to do. You could even add Mariah to your Civil War series to talk with Tony Stark about losing her son, since Alfre Woodard played both rolls. But honestly the best part of this set is the DST continues to build of the Marvel Movie/TV world. We may never see Luke Cage fighting along side Iron Man, but you can in your own Minimates display! 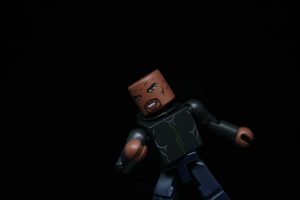 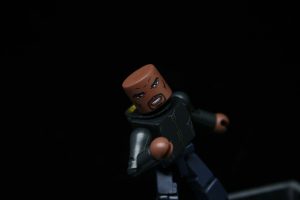 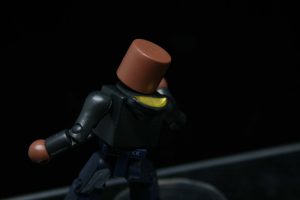 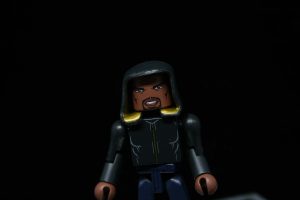 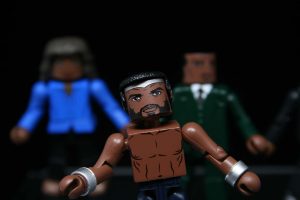 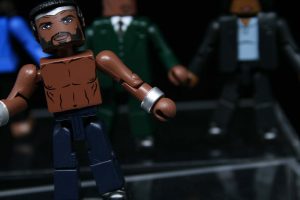 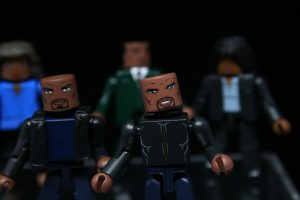 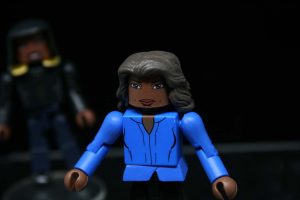 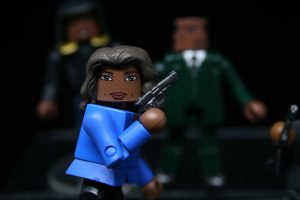 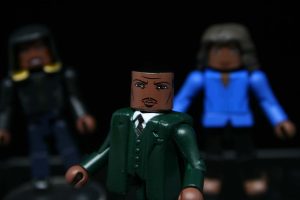 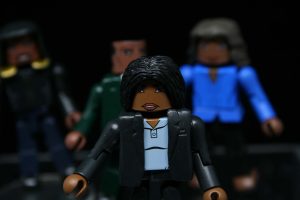 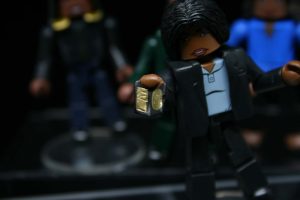 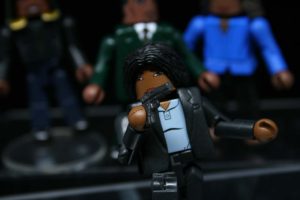