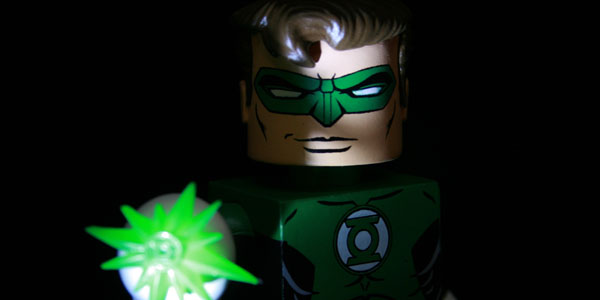 There is just something about the Green Lantern that I can’t resist. After a few years of telling myself I don’t need Diamond Select Toys Vinimates in my life, they are now part of my collection.

I am always wary about starting to collect a new line of toys, so when the Vinimates came along I thought I was going to skip them. After all if I did not not get the Back to the Future ones, why would I buy any others…right? Well a trip to Toys R Us changed my mind, a classic Hal Jordan in all his green goodness just melted away the doubt and was a true impulse buy. I think my love for this look goes all the way back to the Super Powers line, and then my obsession with all things Lantern in the 80’s and 90’s. 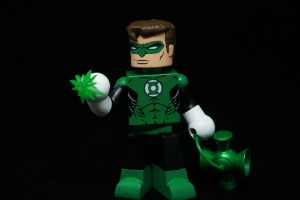 The Vinimates line is a harder sell for the collector in me, because they are in static poses. DST does not have the license to make articulated figures of the DC heroes, so this is as close as Minimates fans will get to a DC line, no matter how much the pleed to the powers that be at DST. Though it is not DST that is stopping fans form getting DC Minimates, but rather DC Comics. But enough about the lack of DC Minimates, and back to this Vinimate Hal Jordan. The figure is in his classic Green Lantern costume, showing off the light of his ring with a translucent green burst on his hand. The cocky attitude of Hal is conveyed though a slight smirk on his face, capturing the essence of the character. The colors and the paint line are clean and crisp, everything you want in a figure like this. He is not as big at you would think, and rather light, both positives when getting toys for your desk.

I’m not sure how deep I will get into the line, right now the focus will be the Super Powers era but I’m sure there I will expand sooner rather than later.

You can grab yours on Amazon, they make the perfect stocking stuffers!!

Oh an for those of you wondering I added a DCUC lantern to the figure to complete the look! 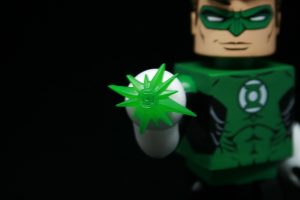 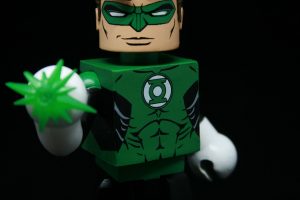 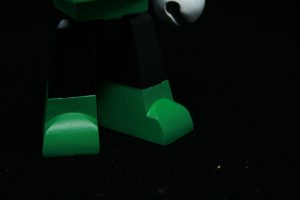 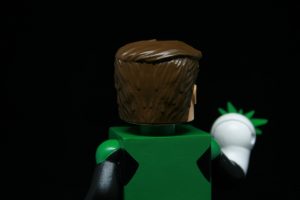 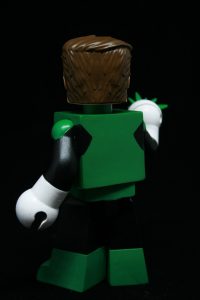 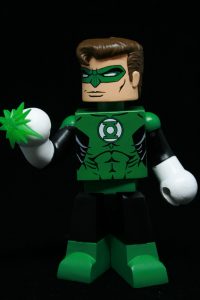 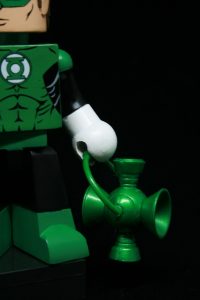 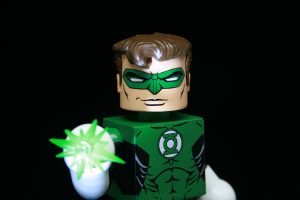 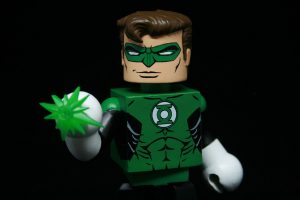