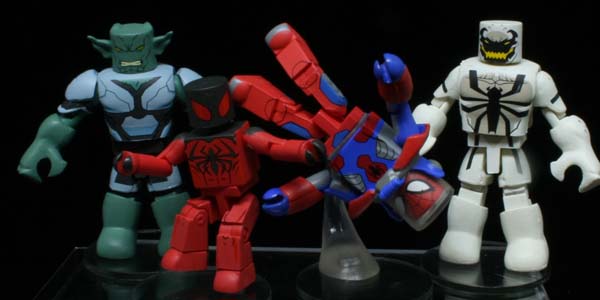 Walgreens once again is adding another collector stop for Minimate fans, this time Ultimate and Animated are on the check list.

Walgreens exclusive Minimates are now up to wave four and are full of big names new Spidermen.

– From Marvel’s Ultimate Spider-Man, Deep Immersion Spider-Man faces off with Anti-Venom! Spider-Man wears the suit he wears for underwater and outer space missions, with a removable dome helmet.

The trick to get me buying new minimates is making them look different. Sure most Spider-man figures come with the same coiled up web, but it is the new looks that make it worth getting the set. The shoulder pads and domed helmet really set this figure apart from the other Spider-man figures. This Spidey also has a mid-torso flight stand, allowing him to float in any display. Anti Venom is larger than your average Minimate, using the same parts from the likes of the Hulk to make his limbs and body bigger. The only thing missing is a head cover like the previous version of Venom to give him a bigger jawline, but it is still a striking figure. 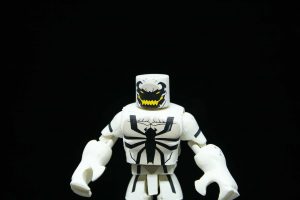 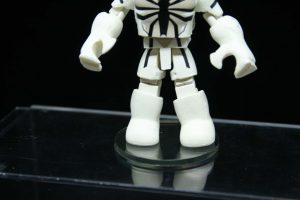 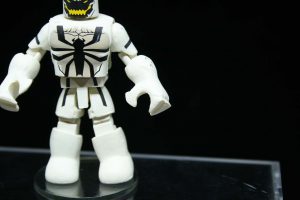 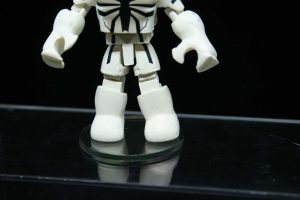 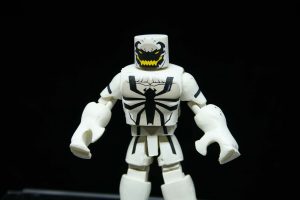 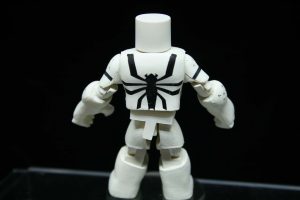 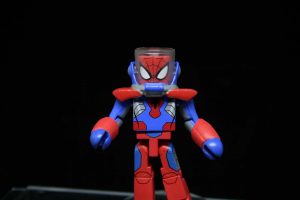 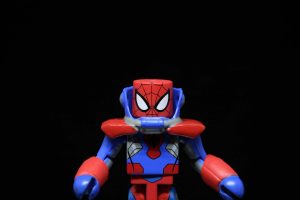 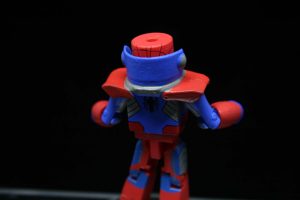 – Also from Marvel’s Ultimate Spider-Man, the Scarlet Spider goes up against the Green Goblin! Spider-Man’s clone comes with a web line, plus two interchangeable hands with stingers extended.

The Ultimate Green Goblin is also a big Minimate, but has a unique head, with those big goblin ears. The Goblin shares parts with Anti-Venom, making him an imposing figure. The Scarlet Spider is one of the best versions of Spider-man so far. The colors are crisp, and the alternate head adds to the value of the set. He comes with spiked hands also, which also up his clone value. He won’t be in the bin with the rest of the Spiders for sure. 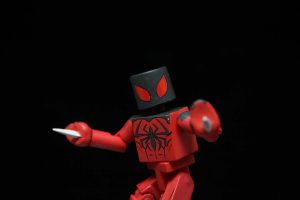 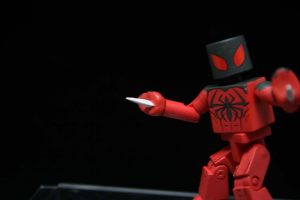 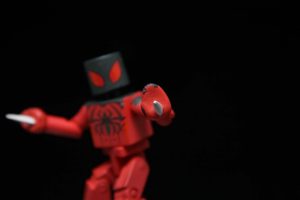 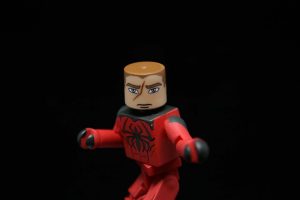 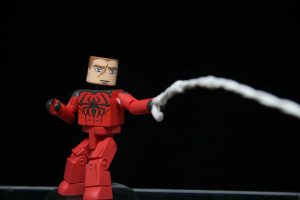 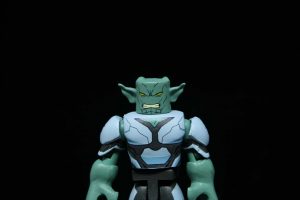 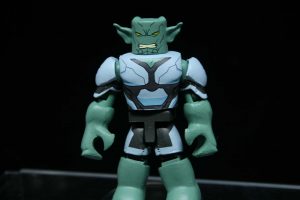 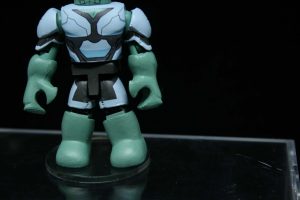 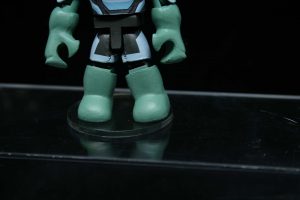 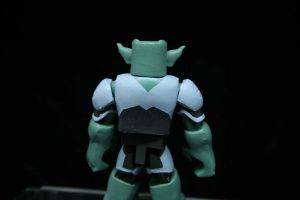 I think the fun of the animated line at Walgreens is that most of the figures are compatible with the comic lines. These are just popping up at Walgreens, and should fly off the shelves like the previous figures.