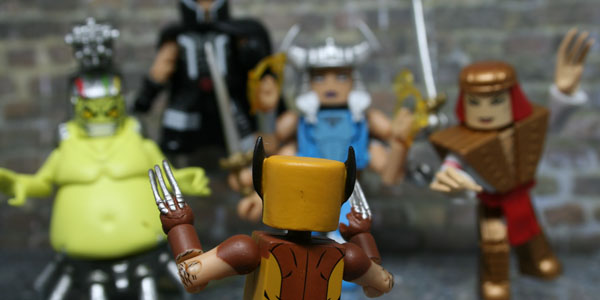 Wolverine has grown from just another one of the X-men to one of the most recognizable superheroes in the world. The newest wave of Minimates celebrates the many looks of the hero along with some great comic villains.

We did not get an Old Man Logan wave, but this makes up for it. This wave is spread over Toys R Us and comic shops. The Toys R Us Wave has one less set than the comic shop set, three total, with one exclusive set. 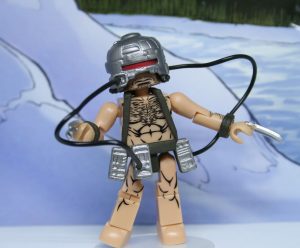 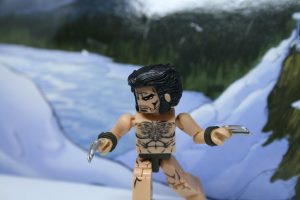 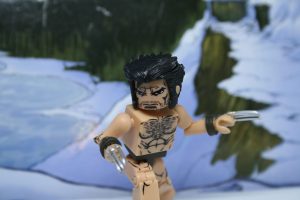 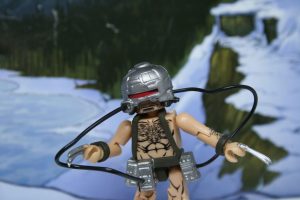 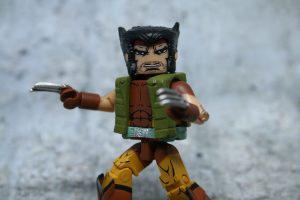 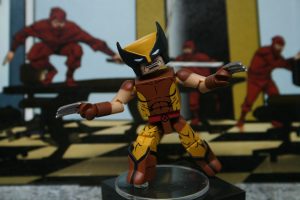 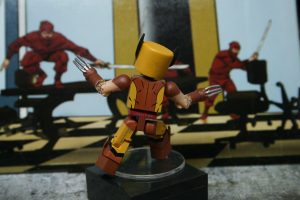 There are two Wolverines in this TRU set, Weapon X and Tactical outfit, both new for Minimate form. Tactical Wolverine has two looks, one looks like he stepped out of a 70’s war movie, the other his classic brown and yellow costume with mask. Getting more looks that we have seen before like the brown and yellow costume can be frustrating for collectors, but DST has once again improved on the paint and face mask, making some of the older versions unnecessary. The other version is his right out of the tank Weapon X, full training gear and alternate hair. The tubes on the outfit do pop in and out of the helmet, at least mine did, so be careful when you take off the helmet. The body harness is rather easy to remove, so you can pose him during training or naked Logan running through the woods. 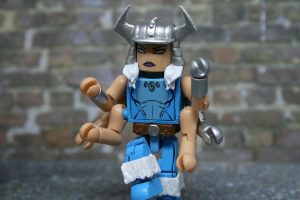 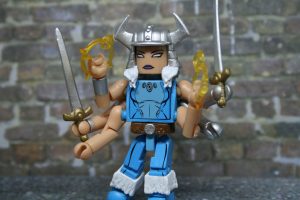 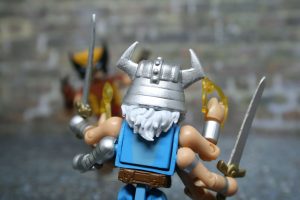 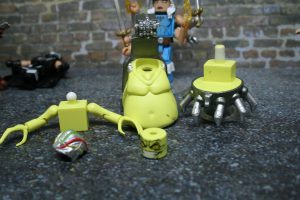 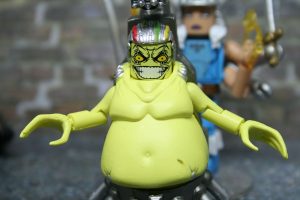 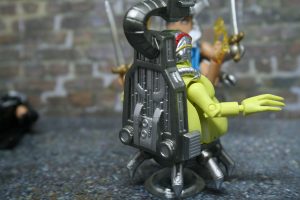 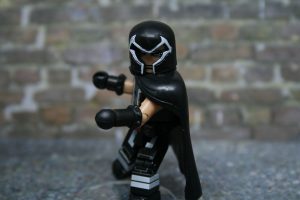 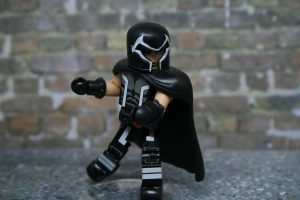 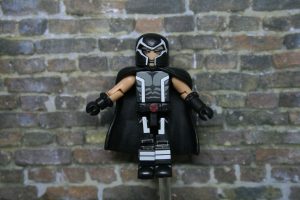 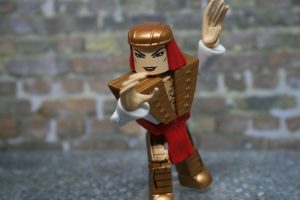 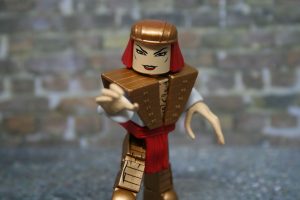 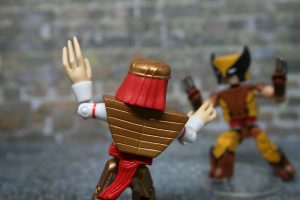 The rest of the wave is villain heavy with four original looks for our X-universe villains. Magneto, the big bad for the X-men, gets a Marvel Now updated look. The colors and lines on him are flawless, but he is missing some key accessories. He does get a flight stand, but he has no energy blasts. Spiral has been the protector of Mojo for as long as the big guy has been in comics, and one figure that fans have wanted for years. She stands out in a crowd with extra arms and fur boots. Her six arms which can make a figure look bulky or awkward, looks natural on this small body and a much needed addition to the line. She not only has all the extra arms, but also two sword and two alternate hands with “magic” effects. 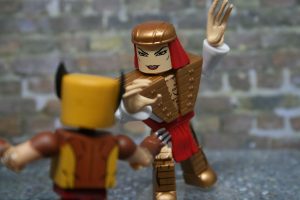 Lady Deathstrike is one figure that has needed an update, she was first part of the line in 2005, so 12 years later a much better version is ready for collectors. The face printing is a big step up and just gets better from there, with new body printing a much more detailed chest armor, flared out cuffs, and new fingers. The fingers are a great touch and she is not the only one who uses them. To make sure they are not one and done part, Mojo also shares the long fingered hands. And speaking of the madman Mojo, he rounds out the wave with one of the most unique sculpts in the Minimates line. Mojo as a normal torso, head, and arms, but the rest of him is original. He has a lower half base which has a stand, but it is not necessary for him to stay vertical. He also has his signature gut and backpack, which goes over his torso, creating his rather large look. Collectors always worry when very different looking chracters are made in lines with a very specific ascetic, but DST pulled this off perfectly mixing the look of the comics and keeping the Minimate look intact. 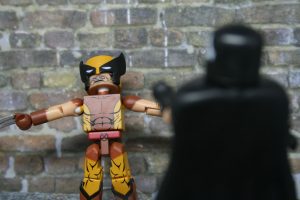 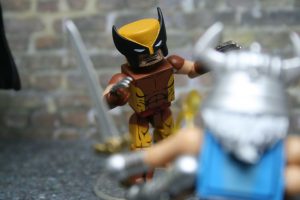 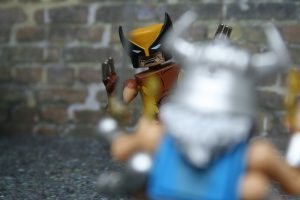 This wave is hitting comic shops now, with two other packs and Toys R Us stores. Make sure you get them to round out your comic X-men rosters.