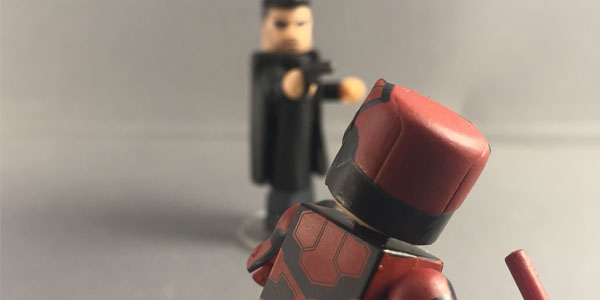 The first of the Netflix heroes, Punisher & Daredevil, in Minimates form were the stars of the Diamond Select Toys booth at Comic Con.

To kick off the Netflix Marvel Minimates Diamond Select Toys released a Daredevil/ Punisher two pack. When I checked out the booth on Preview Night, there were sets all over, so busy with coverage I figured I could grab my set Saturday or Sunday when things slowed down…. well I was wrong. They sold out some time late Friday early Saturday, so thanks to Zach at DST we snagged the last set. And not only was it the last set, but a special set.

Yep this pack was the one Jon Bernthal checked out in the booth. So the Punisher took a picture with my toy!

Ok back to the set, it captures the look of the heroes at the end of season two of Daredevil, sporting their very comic like looks of the characters. The box set coming later this year will be focused on the season one looks, so this set allows collectors to mix in Daredevil and Punisher into the their movie Avengers sets even though they won’t mix on the big screen.

The figures both have the standard Minimate articulation points,and the paint applications are perfect. Daredevil comes with his batons that can be stored on his leg, and the Punisher has two pistols and a machine gun. Punisher has two looks, one with his trench coat and one with short sleeves, in fact they could make a whole pack on the Punisher with guns and his dog and I would be happy. Overall this is one of the best sets in years, with a good balance of costume details and accessories. 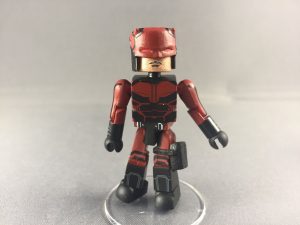 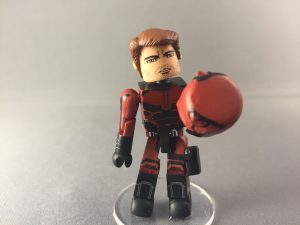 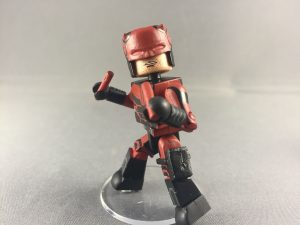 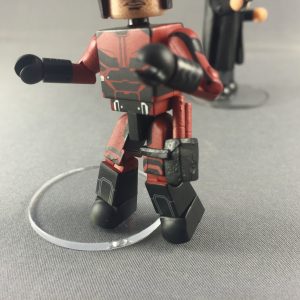 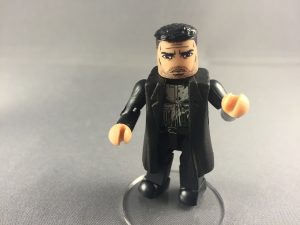 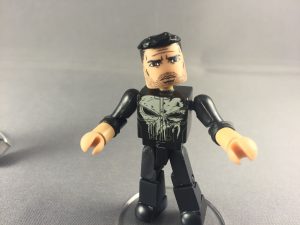 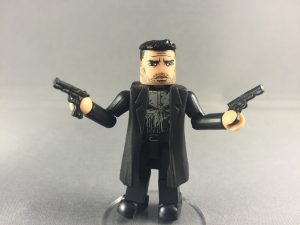 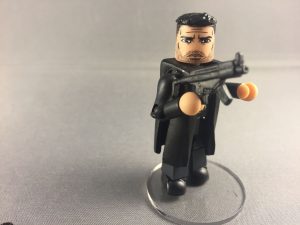 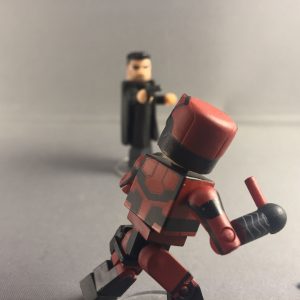 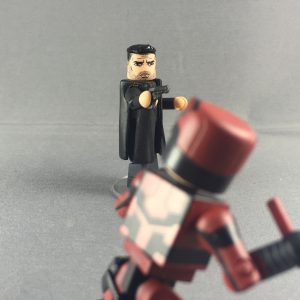 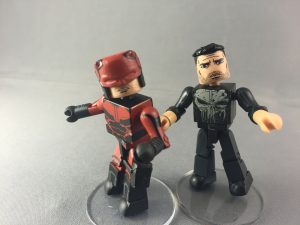