Minimates Cap Gets a ‘Fighting Chance’ Against Hydra 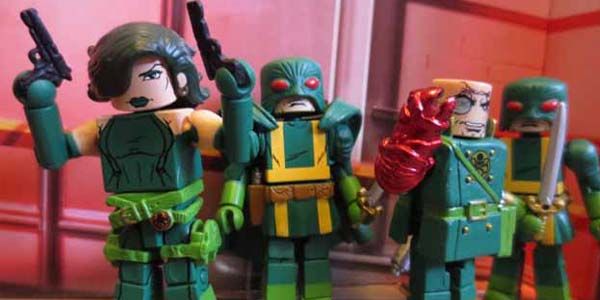 Diamond Select knocks it out of the park with their Cap-themed Minimates series.

Last week, Khalil took a look at some of the new Captain America themed Minimates in Series 54, but there’s even more fun to be had for Cap fans.  In addition to the Winter Soldier/ Falcon and Baron Strucker/ Hydra Elite sets, the latest assortment also includes new versions of Captain America and the Red Skull, as well as a chase set featuring Madam Hydra herself, Viper.

Our latest Captain America delivers Steve Rogers as seen in the Fighting Chance storyline.  The saga started back in 1994 and focused on Rogers losing his Super Soldier Serum, and slowly dying.  In true 90s comic fashion, the only way Cap could keep going was to add a bunch of straps and pads to his costume, to keep the American dream alive (or something).  The figure is a neat variant of our hero, with the extra parts well sculpted and (thankfully) removable.  Cap includes his shield and a removable mask, along with some mussed up blonde hair to complete an unmasked Steve look.

Cap is paired with a new robotic Red Skull, from the vastly superior Death of Captain America storyline (a different death than his death in Fighting Chance, BTW).  With his body gone, Skull’s consciousness was transplanted into one of Arnim Zola’s android bodies, complete with a camera head and projection screen chest.  The figure does a good job of capturing this bizarre look, although I was disappointed to see Skull lacks the bulk of the Zola Minimate from a few years ago.  He kind of makes up for it with accessories, though, including a swappable hand holding the Cosmic Cube and a Red Skull mask which slips on top of the robotic head. 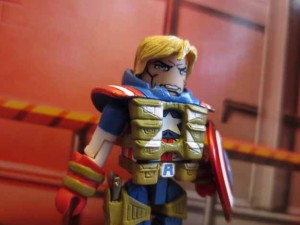 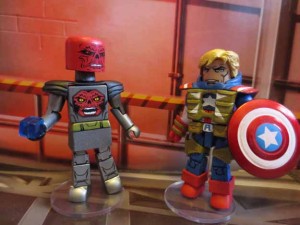 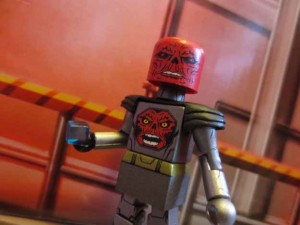 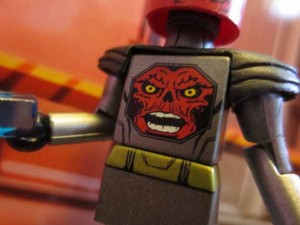 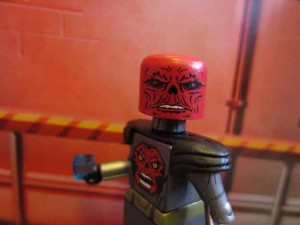 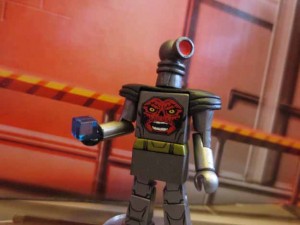 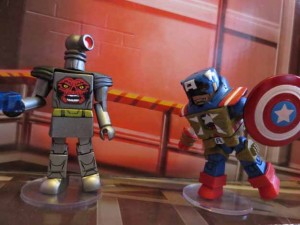 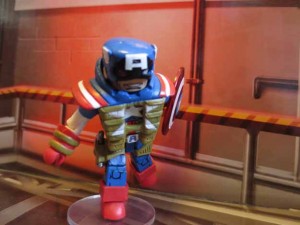 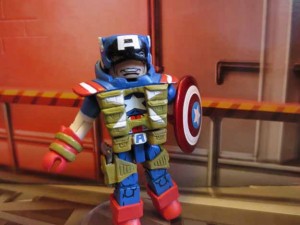 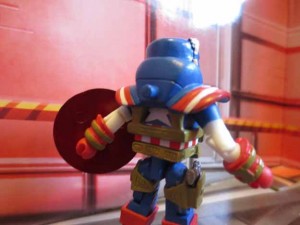 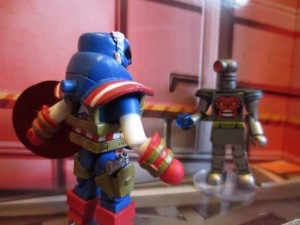 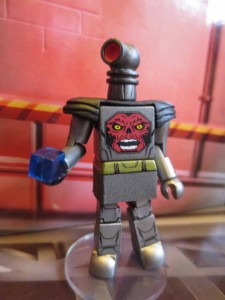 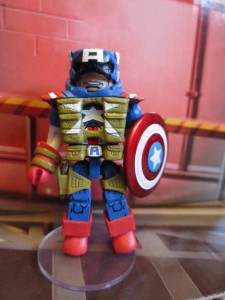 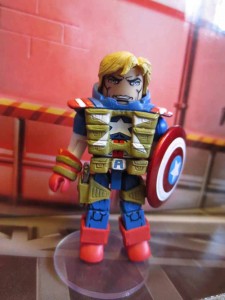 Rounding out the series is Viper, a chase figure packed one per case.  While short packs suck, I feel Diamond did a good job planning with this figure, as she comes along with a Hydra Elite troop builder, much like her fellow Hydra leader Baron Strucker.  You can never have too many Hydra goons, after all, and he makes a great pack-in along with Viper.

The femme fatale herself is another great figure, sporting a uniform green bodysuit, her dark green hair and twin gun belts.  The little details on Madam Hydra make her great, from the tiny Hydra logo on her belt buckle, to the inclusion of her scarred face hidden underneath her hair.  With two guns that fit into her holsters and a whip, this Hydra agent is armed to the teeth, and ready to command her soldiers. 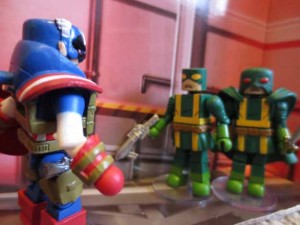 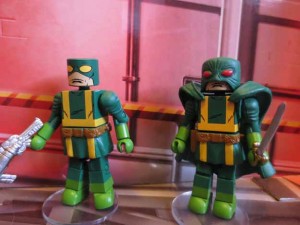 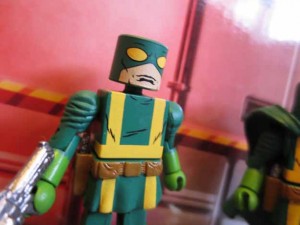 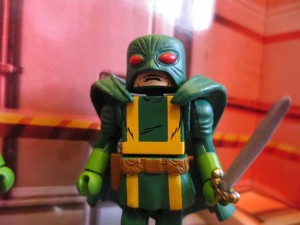 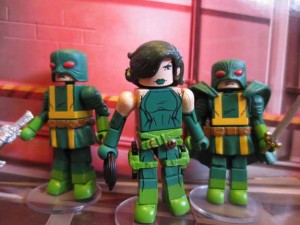 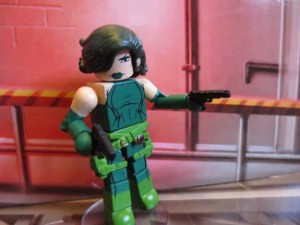 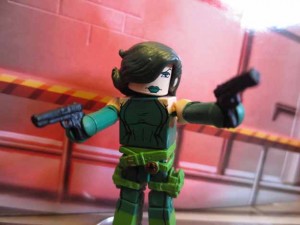 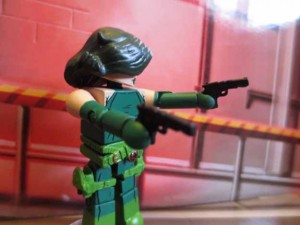 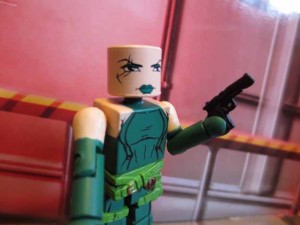 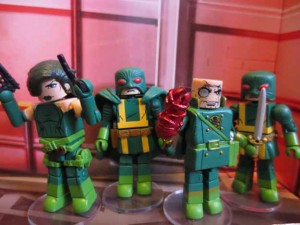 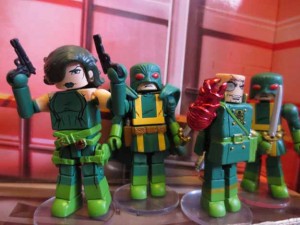 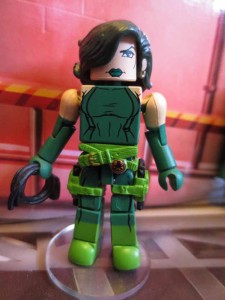 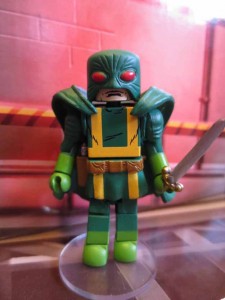 While I wouldn’t call myself a “Minimate guy,” I’ve been very impressed by the clever, cool designs Diamond Select has employed in their recent releases, and their overall character selection is astounding. This latest batch borrows from all corners of Cap’s universe– one of my all time favorite corners of Marvel– so for me these were all must-have figures. Even for more passive fans, though, the latest Minimates are an affordable, space-effective and fun way to collect toys from the mighty Marvel universe.

Remember to check out our sponsor Mike’s Comics N’ Stuff for great deals on these and more Minimates.