Minimates Go To Infinity and Beyond 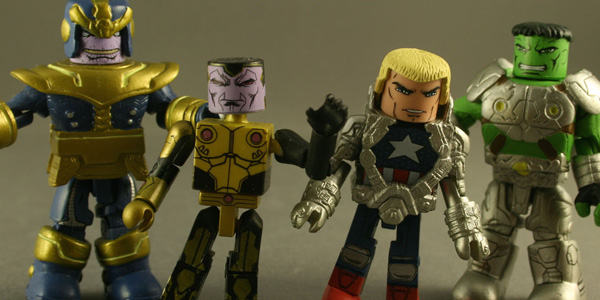 Fans got to choose the newest Toys R Us Minimates 4-pack, mixing heroes in villains the the Infinity Set. The set has two taller figures, and two normal sized figures. Fans may have been disappointed that there was a Hulk and Cap in this set, with Ronin not getting enough votes, but thankfully he will be in the next Toys R Us wave. so it’s really the best of both worlds.

Thanos and Hulk are both larger in the set, with waist extension. Their armor also bulks them up giving them the right size for their characters. The detailing on the Hulk matches his comic look perfectly in his armor. Thanos is the star of this set, with the right size and a classic look, giving fans an update to an older Minimate figure. He originally came with Adam Warlock years ago, and has jumped in price on the secondary market ever since.  This version a modern, while keeping the classic feel of the character. He is not without his faults, his helmet sits too low on his head covering up his eyes completely if not positioned correctly. It maybe the helmet peg is too short or the head hole is too deep, either away a little sticky putty will correct the issue.

The other two figures in the set are standard size, Cap in a space suit and Thane. Cap is hindered slightly by the harness on his suit, more so than the regular Minimates. He does have a good unmasked look, giving collectors an option for their standard Cap heads in their displays. This version as more of a display piece in the background, rather than main figure to display in my collection. The final figure, Thane, gets his first Minimates figure in the line. The son of Thanos and Inhuman has great paint job. The figure is based on his look after the battle with his father, and does a good job matching the comic look and giving him his deformed left hand.

Overall this is a solid set, with great paint apps with little to no issues. The set is about $14.99 only at Toys R Us and a good value even without any extra accessories. 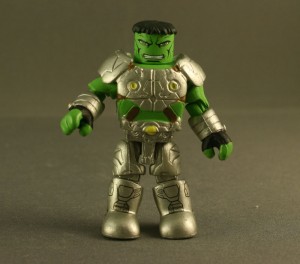 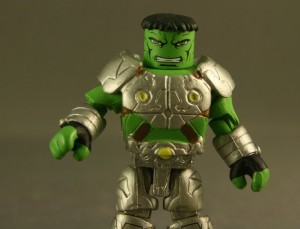 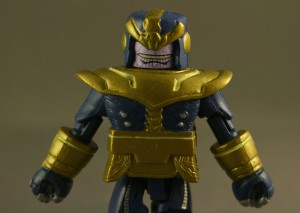 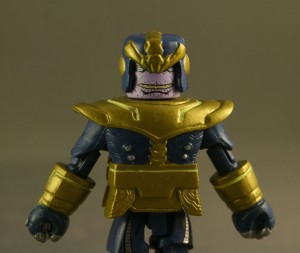 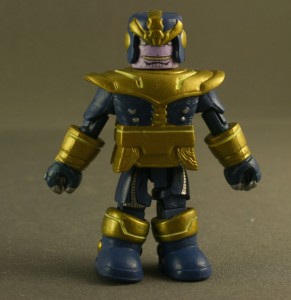 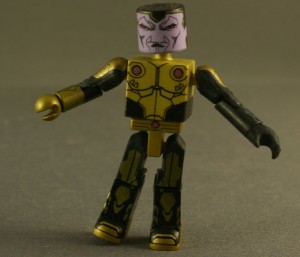 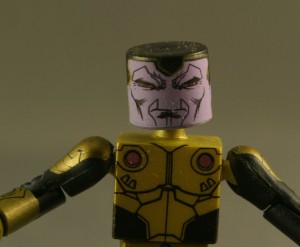 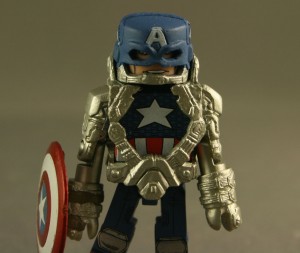 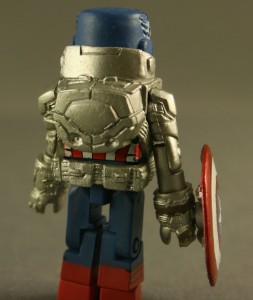 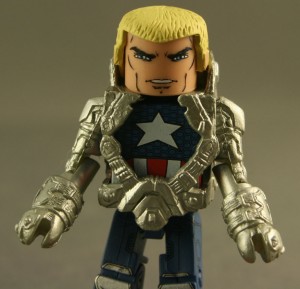 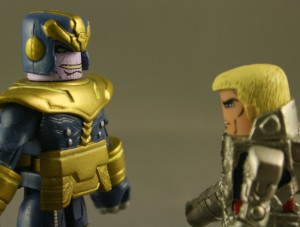 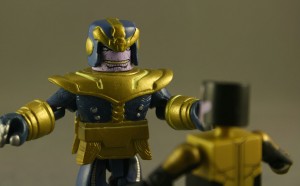 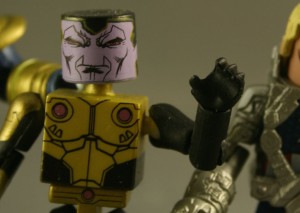 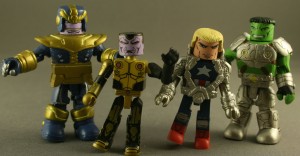