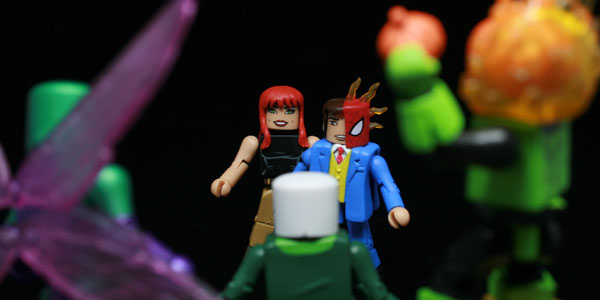 Toys R Us delivers yet another stellar wave of Minimates, this time it’s all about Spider-man and his foes.

This comic based wave is all about Spider-man and his villains, and if your willing to buy a second of one of the sets you will end up with eight unique figures. The villains in this wave are worth tracking down, with two new names and one that has not been redone since one of the very first waves of this whole line. 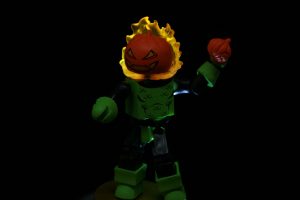 Jack O’Lantern looks rather plain, but for those comic book purists he is near perfect. The only thing that could have improved him would a pumpkin bomb belt. The head is a really nice addition to the Marvel line, up till now this head has only been part of the Nightmare Before Christmas line. He comes with an alternate hand which we have seen before in the Hobgoblin and Green Goblin figures. The Superior Foes Beatle brings a female villain and a little color into the line. Janice Lincoln, Tombstone’s daughter, has a slightly metallic tint to her, with a removable helmet. The stand out for this figure are the wings, the four are attached to her back with a separate piece, giving collectors some display options for her. The final villain in this wave is the Chameleon, who has not had an update since wave 7 of the main line. This version has his signature robe and ascot, has a secret under his mask.

Under the robes and mask is Mary Jane, also a figure we have not seen updated since the early days of the line. This figure is based more on her early days of the comics, with her big smile and red hair. It is worth getting a second Chameleon set just to have her too. This pack is perfect for buying doubles because the other figure in the set can be switched between Peter Parker and Spider-man. This Spider-man is slightly modern with wrist gauntlets and a web-cartridge belt. Collectors will notice the cuffed boots to help change him into Peter Parker, who is in his early comic suit. The light blue suit and really connects this figure to Chameleon and MJ. He also comes with an alternate hair piece which allows you to recreate his spider-sense, and a spider on an alternate hand to turn Peter into Spider-man. 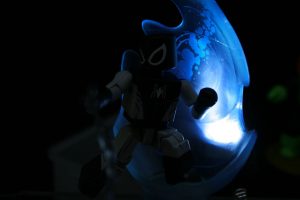 The Spider-armor Spider-man matches the comic look with glowing spider symbol. He comes with a Peter head and normal we accessory. The final figure in the wave is the Negative Zone Spider-man, and might be one of the most refreshing figures in a while. I am so used to the standard Spidery, that this version stands out. Not only is the costume done perfectly, but he comes with a clear bubble stand and the webbing is a smokey translucent color. I could probably wrap my house with all the standard webbing we have gotten over the years, so this slight difference is appreciated.

These should be hitting Toys R Us stores in the next few weeks, and worth tracking down. And while you are there grab an extra Chameleon set you will love being able to display all four characters. 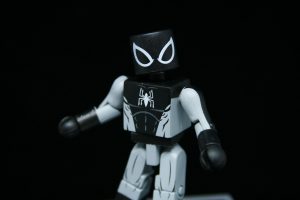 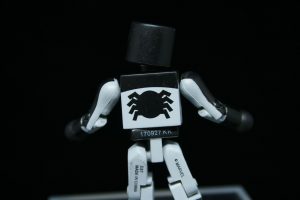 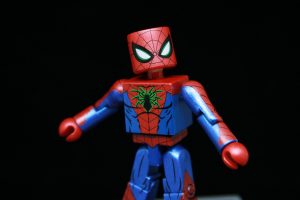 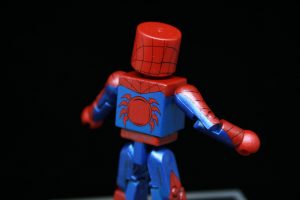 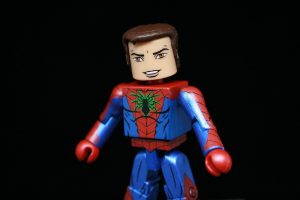 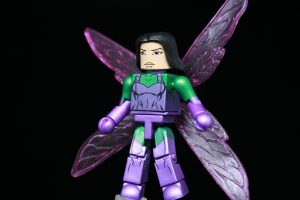 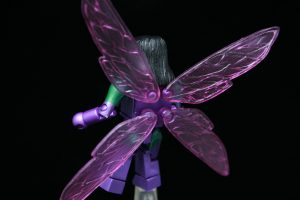 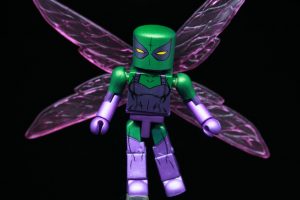 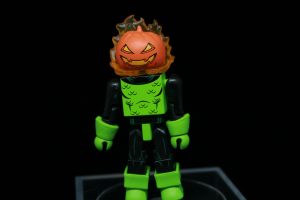 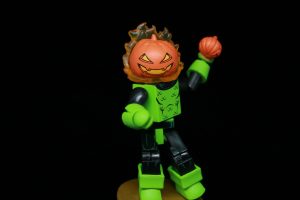 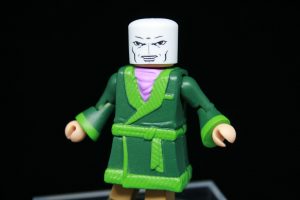 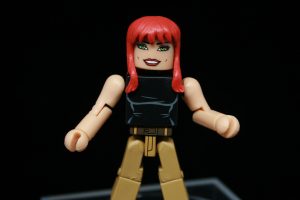 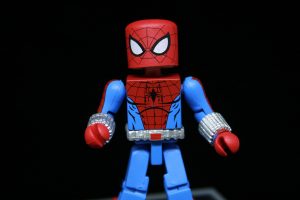 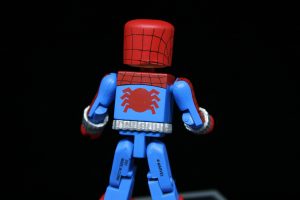 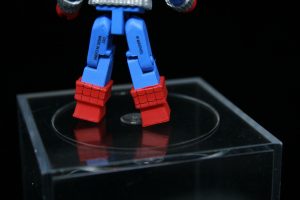 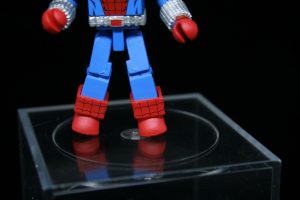 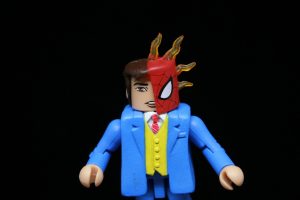 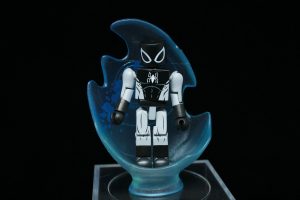 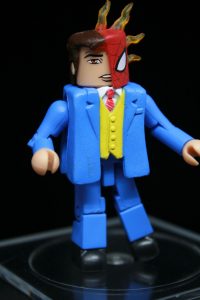 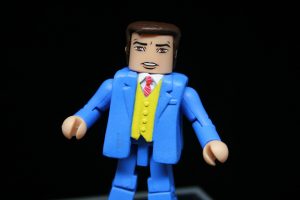 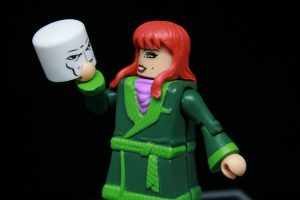 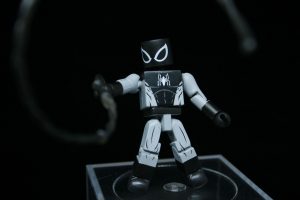 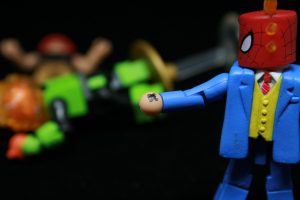