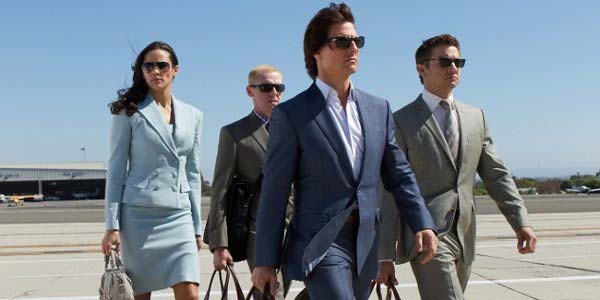 Ethan Hunt and his team return to the big screen, five months early!

In the spy game, timing is everything, so when Mission: Impossible 5 gets moved up from its original December 25th release date to July 31st this summer (as Box Office Mojo has reported), there is definitely a reason.

I hope that reason is that the movie is good enough that the studio wants to showcase it as a summer movie.  This is certainly not a stretch– The M:I series has been one of those inexplicably, delightfully awesome franchises which has no right to be nearly as awesome as it is.  And we’re coming off the Brad Bird-helmed fourth movie, which was a high point of the series.

It could also be to clear Mission:Impossible out of the way of Star Wars Episode VII, which will obviously dominate the box office this Christmas.  But I’ll stick with the “confidence in an awesome movie” theory, thanks very much.  It feels like it’s been way too long since I’ve seen Ethan and his crew, so getting to do so earlier than anticipated is certainly good news.