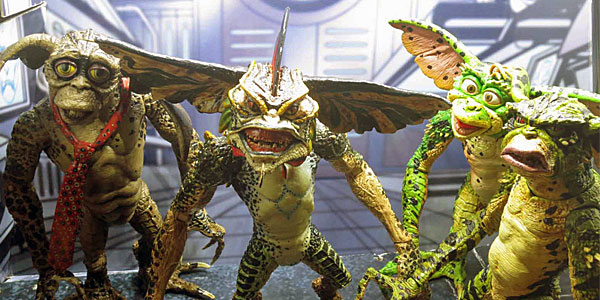 The meanest Gremlin is back to menace your toy collection, thanks to NECA.

NECA has taken on Mohawk, the main villain of the grossly underrated Gremlins 2: The New Batch, a few times now. He was one of their original Gremlins figures back in the Cult Classics days, and his mutated spider-monster form remains one of the highlights of NECA’s truly outstanding toy line. But now, Mohawk is captured in his original Gremlin form and he makes a perfect addition to the other creatures NECA has released.

Mohawk features an all new sculpt that’s loaded with scaly detail and personality– a love this figure’s lip-curling snarl, which looks just as nasty as you’d want from a Mohawk toy. His exposed gums and teeth give Mohawk a cool, animalistic style, and you can practically hear the hiss coming from this critter with one look.  The figure is well articulated, with an outstanding double ball joint neck that sports a great range of motion and moves with a remarkably organic fluidity. It’s without a doubt one of the best points of articulation I’ve seen on a toy in 2017.

Like the past Gremlins, what really makes Mohawk pop are the intricate paint apps, capturing the reptilian spots and scales of the creature’s hide, with a great glossy finish that leaves him with a great slithery and slimy texture. The color work here is precise and varied– I lost count of all the tones used between Mohawk’s base skin color and the accents and details painted on top. 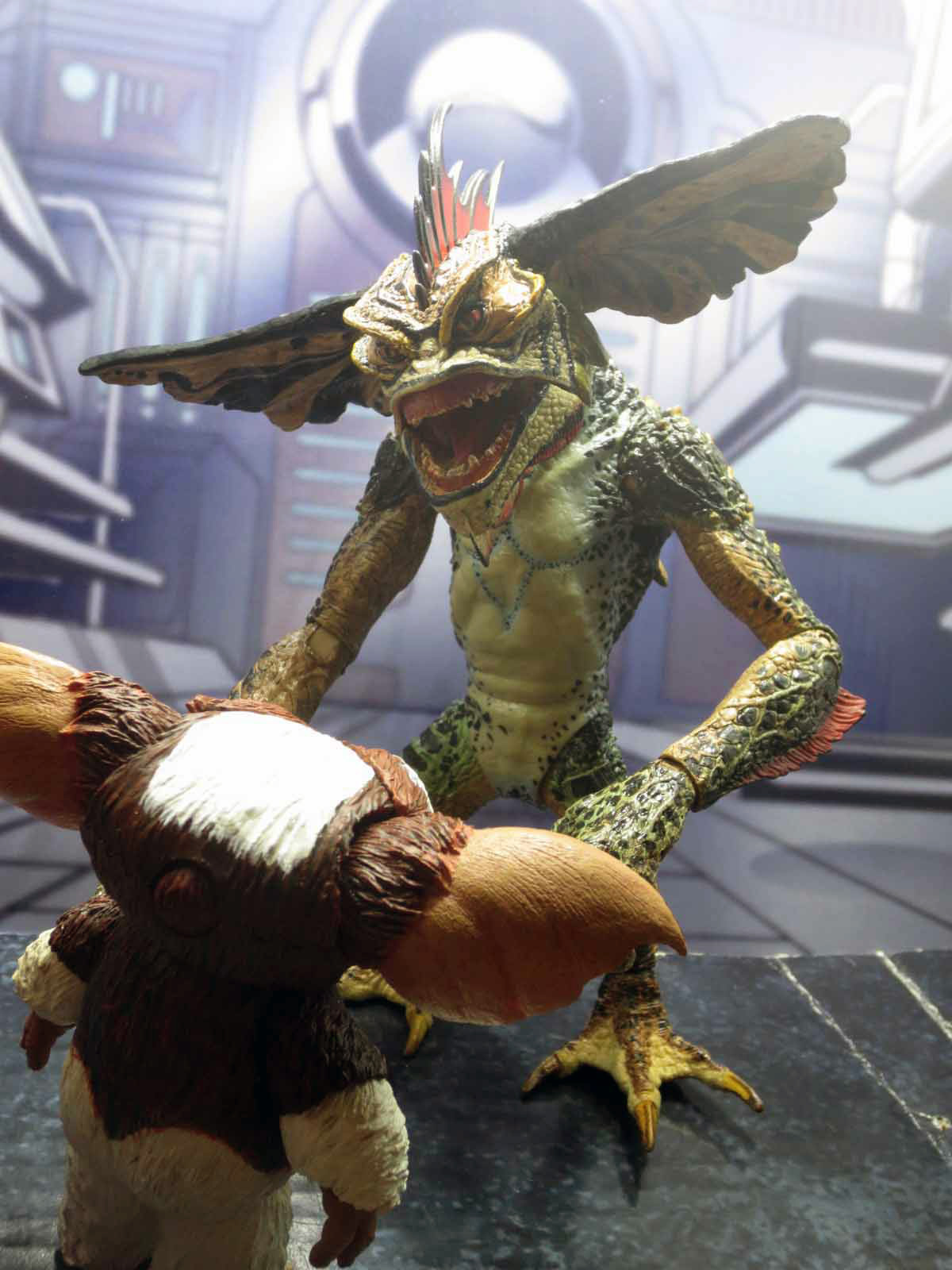 In keeping with his aggressive nature, Mohawk includes a machine gun accessory. It’s a well done sculpt, and is perfectly in scale with the Gremlin (meaning it looks huge in his oversized hands). Mohawk’s articulation works very well with the weapon, meaning his can hold it in one or both hands quite effectively. I think a removable blast effect for the muzzle of the uzi is about the only thing that could create a more complete display beyond the combination of Mohawk’s snarling face and the big gun he’s brandishing.

The Mohawk Gremlin is packed in a clamshell display that fits perfectly with the other single carded Gremlins. I was pleasantly surprised to see NECA keep the packaging uniform even all these years later, instead of opting for the window box we’ve seen them move on to for a majority of their modern toy lines. With the release of Mohawk, we’re very close to completing the creature crew from the notorious sequel. I’d personally love to see a Veggie Gremlin, but barring that outside choice, a modern update of The Brain and Greta would essentially cap off this amazing toy line. I’m hoping we might see those creatures while NECA still holds the license… but i’m sure much of that depends on how well Mohawk sells. To that end, you can pick this bad boy up now at NECA’s eBay store, Toys R Us or your local specialty retailer.

Thanks to NECA for sending us this review sample of the Mohawk Gremlin! 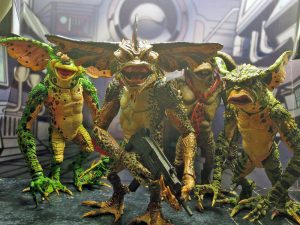 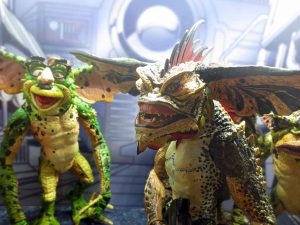 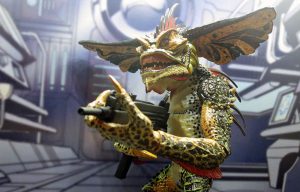 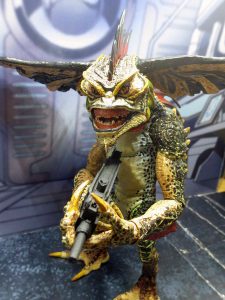 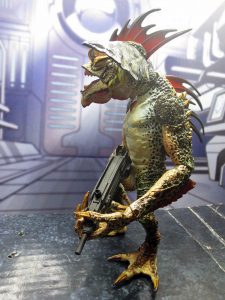 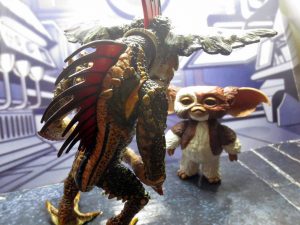 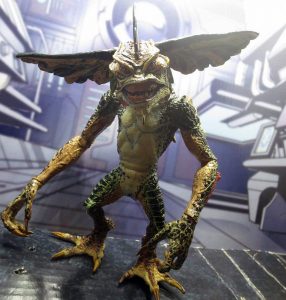 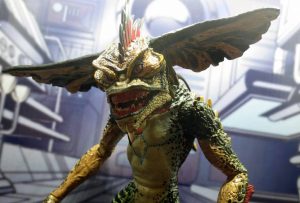 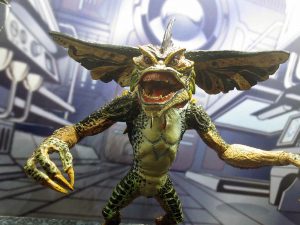 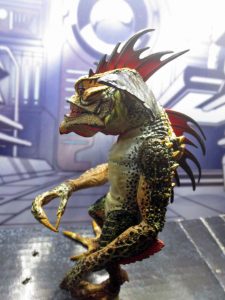 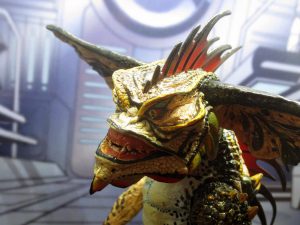 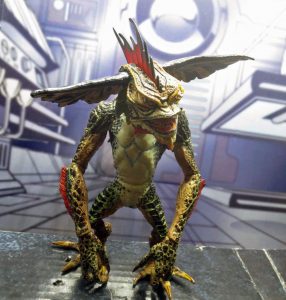 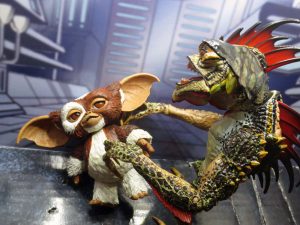 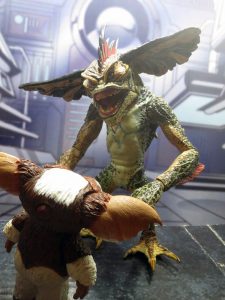 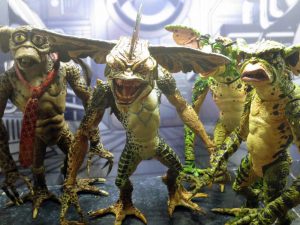 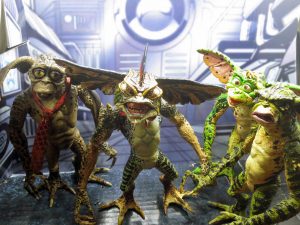 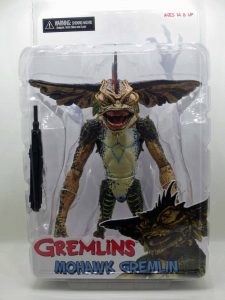 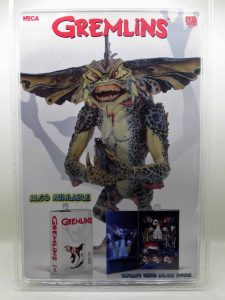