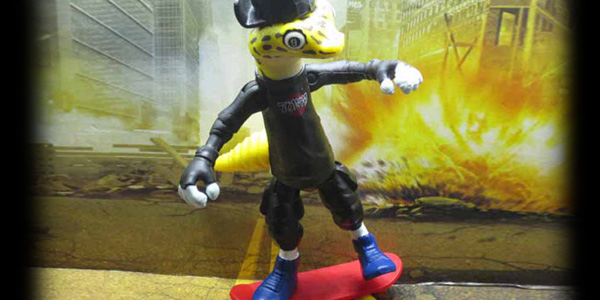 The skateboarding reptile returns to the toy world in the latest line of Ninja Turtles action figures from Playmates.

Nickelodeon’s Teenage Mutant Ninja Turtles isn’t shy about pulling in characters from past eras of Turtles mythology, and reimagining them for the modern day, and one of their latest revamps was Mondo Gecko, the mutant lizard skateboarder who quickly becomes an ally to the green teen heroes.  And Playmates has given the new Mondo his due in their toy line, with a brand new action figure that captures the character perfectly.

If I had to describe Mondo’s redesign in one word, it would be “authentic.”  I mean this in two ways… not only does he look more like a real gecko now– with his triangular, wall-eyed head and yellow and brown-spotted skin– but his outfit reads as a professional skater, as opposed to the oh-so-80s style of the vintage Mondo figure.  The character design fits in very well with the modern Turtles’ aesthetic, and makes for a very cool looking action figure.

The Mondo figure is an all new sculpt, which perfectly renders his slim, sleek body shape and well as his scaly reptilian skin.  Mondo is fairly poseable, with a swivel neck, hinged swivel shoulders and hips, a swivel tail and even a swivel joint on his hat, so it can be posed in a few different positions.  The figure balances quite well, despite his fairly large tail, and this is a good thing, because he also includes his signature skateboard.  I’m happy to see Playmates break their recent trend of skimping on accessories, because c’mon– what’s a skateboarder without his board?

One trend that does continue with Mondo is Playmates’ weirdly selective skimping on paint apps.  This figure is the perfect example of the strange approach to paint we’ve seen time and again in this line.  The figure’s all-black clothing actually works quite nicely, offsetting against his yellow skin… but small details like the bare arms and legs that poke through beneath the elbow and knee pads remain completely unpainted.  But lest we think it’s a sign that Playmates’ production team doesn’t know what they’re doing, Mondo’s head features some wonderful paint work, from the realistic brown specs that adorn his face, to his delightfully weird, reptilian eyes.  The tampo work on Mondo’s shirt graphic is great, but then his poor tail is left totally blank, with none of the detail paid to the face.  It’s very confusing, and while the lack of paint certainly doesn’t ruin a figure this fun, it adds fuel to my desire to pick the brains of the Playmates’ team to find out what governs their paint app choices.

I have to say that Mondo Gecko is probably one of the best of the modern era Ninja Turtles figures.  The animated series did a great job of updating this beloved vintage character, and Playmates’ action figure serves as a great representation of that redesign.  He looks cool, poses and balances well, and includes his most essential accessory.  I’m interested to see what other classic characters will be introduced into the modern TMNT universe next… let’s hope they’re all as cool as Mondo Gecko! 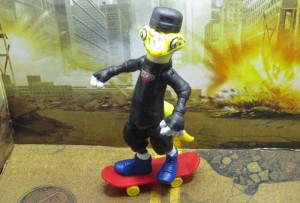 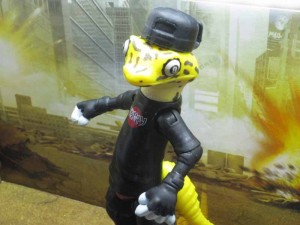 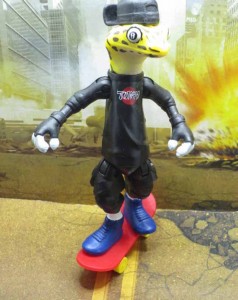 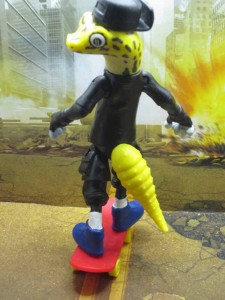 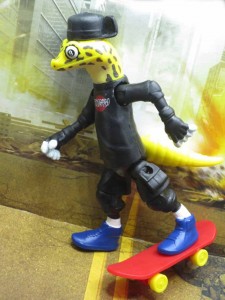 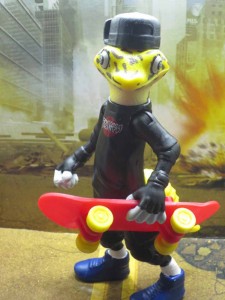 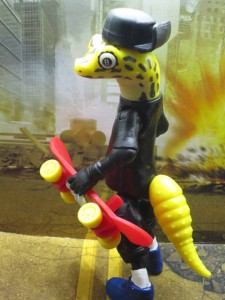 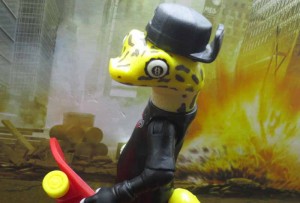 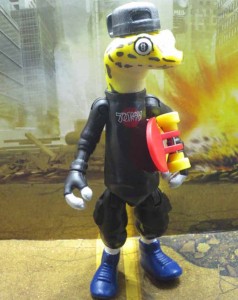 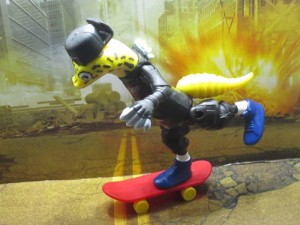 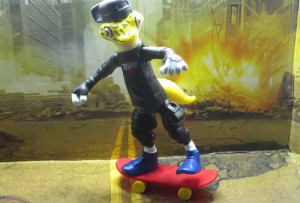 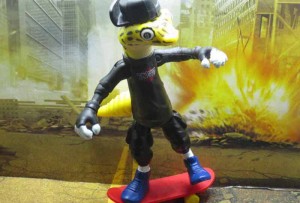