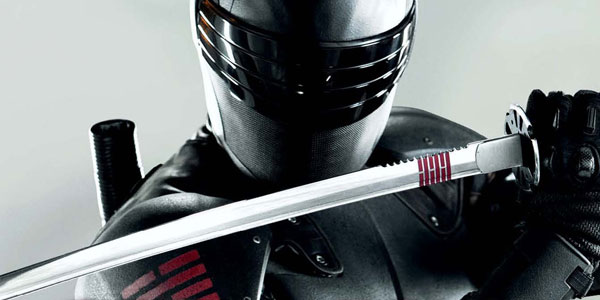 Man, 2012 turned out to be a pretty lousy year to be a Joe fan. With Renegades and the 30th Anniversary cut down in their prime to make way for Retaliation– only to have the new movie bring with it some half-boiled new toys (with a few exceptions), and now a 9-month delay on the movie announced last week.  I don’t think anybody bought Paramount’s announcement that the movie pushback was just for 3D’s sake, and now there’s lots more buzz floating around what happened.

Nikki Finke at Deadline Hollywood just released an article citing the laundry list of insider confessions as to why the movie was delayed. Whether it’s placing the blame on box office flops like John Carter or Battleship, the increasing star power of Channing Tatum (who, yes, apparently was set to die at the beginning of Retaliation), or competing with the Tatum-lead stripper movie Magic Mike, scheduled for release the same day, the list goes on and on… but the big one, the real reason is the test scores, which have been mediocre to bad.

Long story short, the movie hadn’t played out well, so they’re going to overhaul it with massive reshoots, lots of cheap, gimmicky 3D and likely a bigger, less fatal role for Tatum’s Duke.  I’m not saying these are necessarily bad things (well, except the 3D which will certainly be awful)… for all we know, the current cut of Retaliation really is an unwatchable mess, and Paramount and Hasbro are right in their costly, very public vote of no confidence. And it’s kind of a moot point now anyway, as the original cut of the film will now likely never be seen by the public… Seriously– Hasbro has a golden opportunity to save face and screen the present cut of the movie at Joe Con next month, where it can be seen by the biggest Joe die-hards n the world– and the fact that this isn’t happening probably means they really don’t want anyone to see it.

Despite some crossed wires regarding sloppy reporting on some lazier entertainment sites, it looks like things have settled into place regarding Hasbro’s toy line as well.  The toys haven’t been recalled, but I doubt we’ll see a restock of them after this first launch batch filters through retail. And followup waves, including the movie-accurate Wave Two figures, have already been cancelled or pushed back to March 2013 by online retailers, so we shouldn’t expect to see them in any capacity before the end of the year.

It’s a shame things have played out this way. Paramount and Hasbro both knew they’d end up with egg on their face, and part of me really kind of hopes they’re right and this messy delay WAS the lesser of two embarrassments.  With so much buzz already spent on this project, and nine months to go before the new release, I’m just hoping that if they can fix the movie itself, there’s still enough steam for the 2013 release to generate enough excitement to make this worth the trouble.