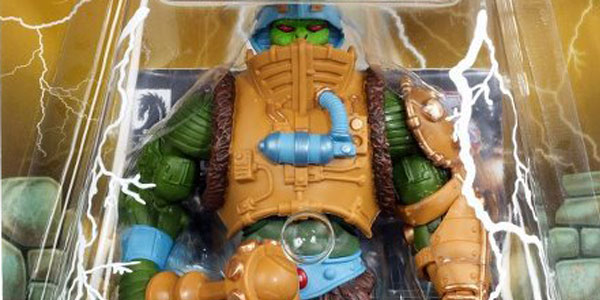 Mattel debuted some in-package images of the upcoming June releases from their Masters of the Universe series on the Matty Collector Facebook page earlier this week, giving us our first look at the bios for Horde Prime, Snake Man At Arms and the Griffin.  Check out the pix right now…

Masters of the Universe Classics is hands-down the best toy line Mattel has ever committed to, and I mean it when I use the word committed.  MOTUC is incredibly ambitious, recreating not only the classic 80’s series, but re-imagining every facet of He-Man’s 30 year history, from She-Ra to New Adventures to the 200x series, into one definitive narrative. As much as I love virtually all the figures Mattel keeps putting out, my favorite aspect of the line might be the character bios on the back of each package.

These bios not only describe the character being immortalized in plastic, but work with the broader context to tie them in to the larger world of MOTU, and a package feature that in the past has been rote and bland can really bring to light a new interesting chapter of footnote in the history (fictional or otherwise) of the series.

Take Snake Man-At-Arms for example… when this variant of Duncan was announced, I groaned at another unwanted and pointless duplicate in the vein of Hurricane Hordak. But after reading this bio, my interest has piqued a hundred times over:

Duncan heroically served King Randor throughout the battles with Skeletor and the Snake Men as Eternia’s chief war strategist and weapons maker. Exposed to the Serpent’s Ring, Duncan was magically transformed by King Hssss into a Snake Man permanently. Under this evil spell, he used his genius to create great and horrific machines of war for the Snake Men, as they battled for control of Eternia.  Eventually, Duncan was forced to battle against Clamp Champ, who had since replaced him as Royal Man-At-Arms. In their epic final duel during the Second Ultimate Battleground, Duncan was mortally wounded, but not before momentarily recovering his humanity thanks to a spell cast by his daughter Teela, the new Sorceress of Grayskull.

So with that one well-though bio, we get a totally justifiable new figure, instead of an unwanted variant. I love that Mattel is being so scopic with the mythology behind these character writeups, and including brand new large-scale plot points into them… even when they get a little kill-happy (this year we said our goodbyes to both Man-At-Arms and Sorceress), this castle of mythology, being built literally one card at a time, offers some solid storytelling. I would love to see this new continuity come to life in some form of media.  Let’s hope the creators of the new DC comic series have been holding onto the packaging of their MOTUC figures… 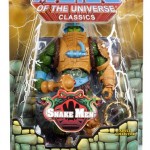 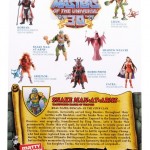 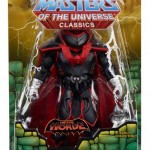 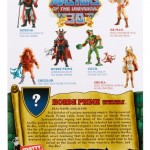 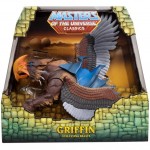 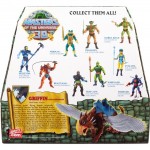