Mosquitor Closes Out 2012 On A High Note

Mosquitor is the final monthly Masters of the Universe Classics figure of 2012, and while there isn’t much to him, he does finish the year’s Club Eternia on something of a high note.

I am always a fan of the less-demanded (yet essential) figures making the cut.  To my knowledge, the energy draining insectoid is pretty much the bottom rung of the Horde army.  Being the toy on the tail end of a budget-cutting year, I was surprised by how well Mosquitor fared. 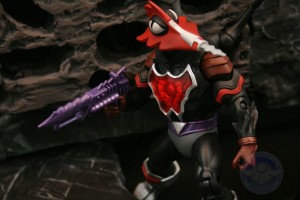 Mosquitor actually has a lot of new pieces snuck in, shocking especially for a year with almost gratuitous parts re-use. His head is very on-model, as are his new upper arms, gloves, boots, belt, armor, and signature blaster. The repurposed parts were very well-implemented– it’s important that recycled parts do not compromise the integrity of the original figure, and it was done with great success here! The blood-pumping action feature wasn’t maintained, but that was the best decision possible… and the red-hued interior substitution is fantastic.

Mosquitor was a well-done, by-the-numbers addition to the MOTUC line. The Four Horsemen implemented the correct amount of subtle updates, with insectoid limbs and restructured body armor… but I do wonder if he wasn’t a 2012 figure, would Mosquitor have received more extras?  I can see budget cutting out more cool details like insectoid wings, a Horde armband, or a new Horde crossbow. Maybe some of those items may appear in 2013, but for now, Mattel ended a spotty 2012 on the right note, making it a merrier Christmas as a result. 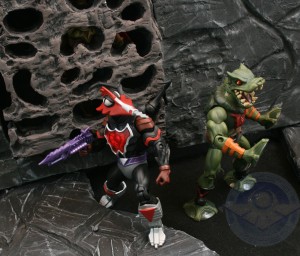 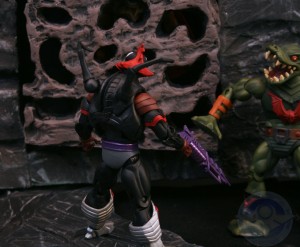 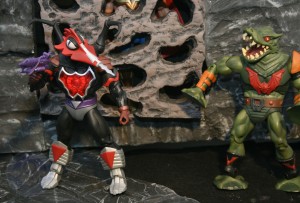