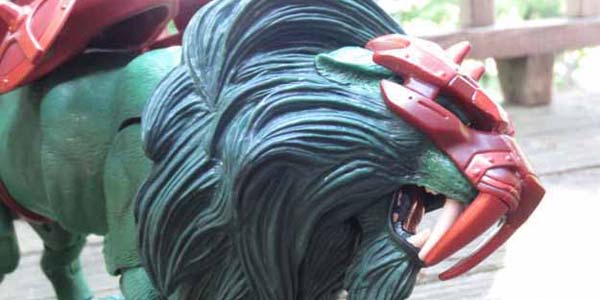 King Grayskull finally gets his steed with the latest deluxe figure from Mattel’s Masters of the Universe Classics.

Each year, Mattel has delivered a deluxe steed in the Masters of the Universe line, and for 2014 we see the release of Battle Lion, the giant cat who serves alongside King Grayskull.  I’m torn on this release, because while Battle Lion is certainly a well done figure, he’s by no means the most essential mount left to release in Mattel’s MOTU end game.

Let’s start with the figure itself, which on its own merits is a winner.  Much like King Grayskull himself, Granger the Battle Lion serves as both ancestor and thematic echo of our beloved Battle Cat Cringer.  Since both are massive feline creatures, it makes sense that they would share some parts, however the Lion’s new tooling goes a long way in making him look unique.  Granger gets a new tail, new battle armor and an all new head, complete with huge canine teeth and a regal mane of dark green fur.

The sculpting is wonderful, reminiscent of a real life lion and packed with fierce personality.  The figure looks just as good with or without his metallic red armor, and can strike many poses worthy of his kingly demeanor.  Battle Lion’s saddle is all new, and has a more technological feel than Battle Cat or Panthor, which offsets with Grayskull’s straight up barbarian aesthetic, but which does compliment the other 200x characters in the Classics line.

So Battle Lion is a pretty cool toy.  The problem is, he breaks Mattel’s rule of essential characters only for these final years of the Matty Collector toy line.

See, there’s a number of deluxe steeds left to realize in the modern line, and filling one of those spaces with Battle Lion makes it less likely we will see a Stridor or Sagitar.  While both of those characters– or some of the other pegasus characters from Princess of Power are still a possibility, we’re kind of running out of time, so Battle Lion’s placement in front of them feels kind of like a cop out.  If we weren’t playing against a countdown clock with this series, I’d have little complaint about this guy.  But if his inclusion comes at the price of one of these more important beasts, it will be a disappointment.

I will say the take away you get from Battle Lion will likely depend on your feelings on the 200x sub-line.  In that respect, Granger makes a great addition– he fits that aesthetic nicely, and serves as a good book end to King Grayskull, essentially the first figure release in the soft launch of the Classics collection.  I really dig on 200x. with its stylized design and cool new characters who fit fairly seamlessly into the vintage He-Man collection.  My personal preference would happily take Granger over some of the PoP horses, but I imagine She-Ra diehards would be miffed to get this new character in lieu of another vintage horse brought to the Classics collection.

If you’re keen on seeing the MOTU series completed before it draws to a close, Battle Lion is a bit frustrating.  But if you’re just into a cool, well made toy, he’s a solid entry.  On his own, Battle Lion makes for a cool new creature, and he looks even better along with his heroic ally King Grayskull. 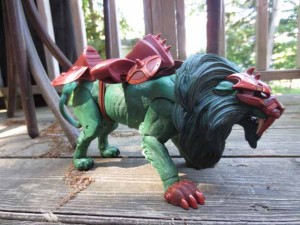 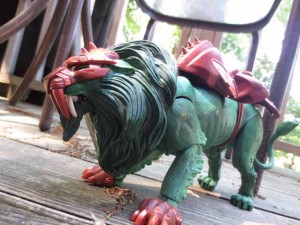 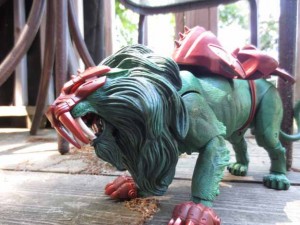 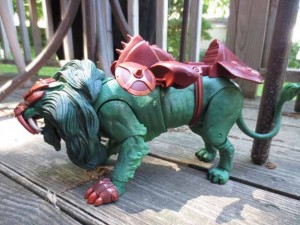 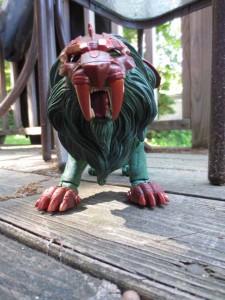 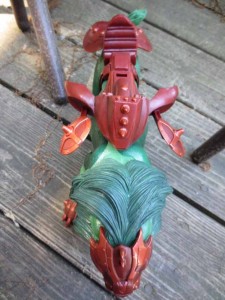 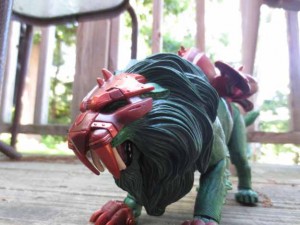 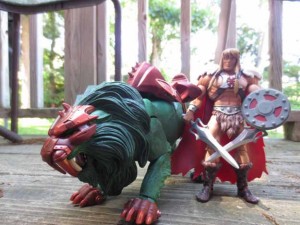 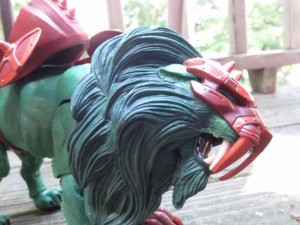 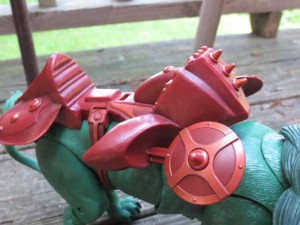 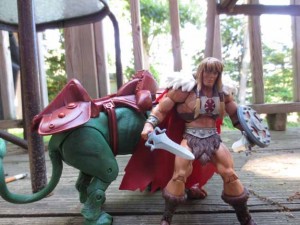 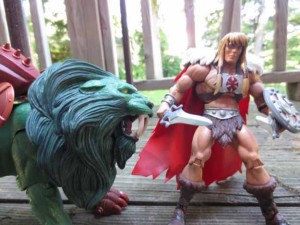 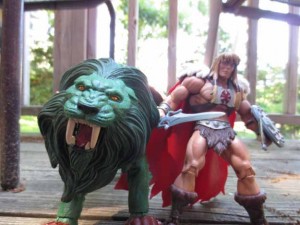 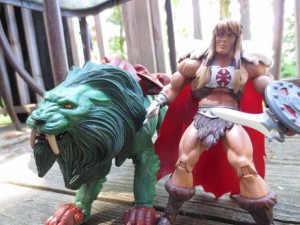 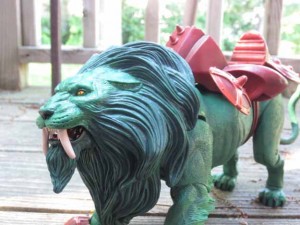 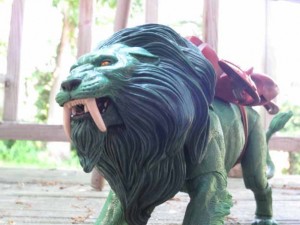 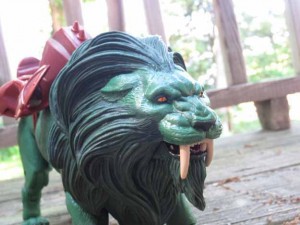 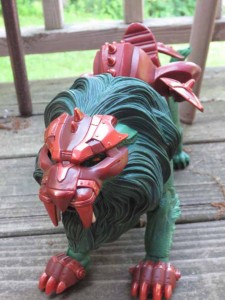 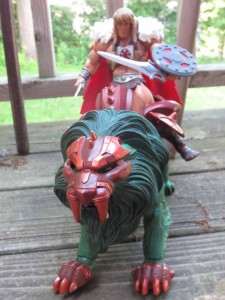 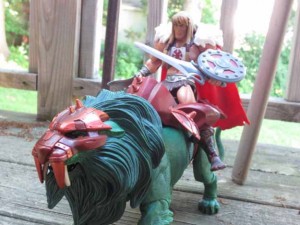 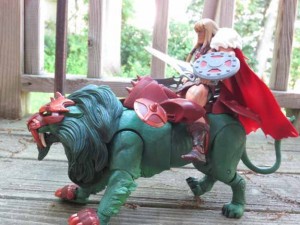 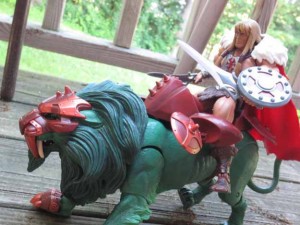 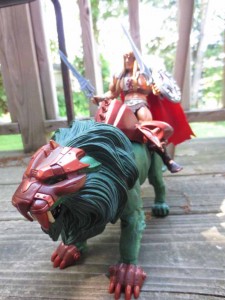 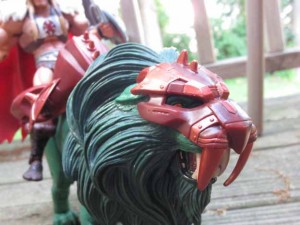 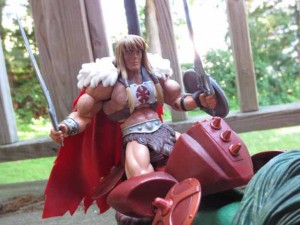 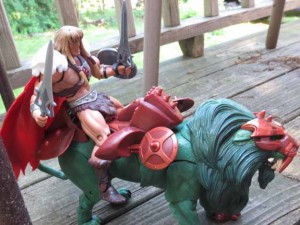