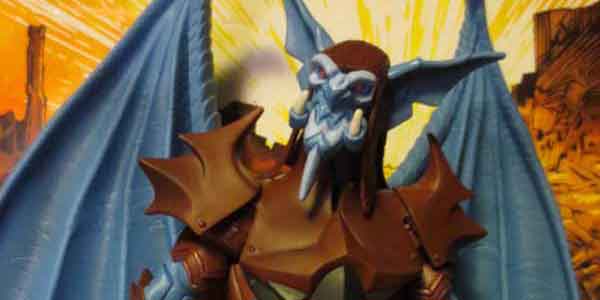 Lord Dactus joins Chief Carnivus and King Randor as another monarch of Eternia working against the Evil Skeletor. His coveted Spelian steel is in full display as he brandishes his very impressive sword.

There are actually tons of part reuse cleverly hidden amongst all of his unique new tooling. He has new hands and feet, head, loincloth, neck, and armor, which, when standing fully erect, makes him one of the tallest characters in the line! He reuses Whiplash’s Caligar legs, Hiss’s upper arms, and Draego-Man’s wings, and the fit flawlessly into his complicated design and helps him assimilate into the line more seamlessly than other characters like Count Marzo and Faceless One.

The best part about Dactus for me is I get some much-needed use out of the flight stand v2.0 I purchased. They work quite well for him, and presumably Draego Man, Flutterina, and other characters without a cape. Characters with a wingspan are capable to mask the unattractive design of the stands themselves while allowing for proper use.

Lord Dactus is a surprise treat for me, with his hugeness and his ability to make lemonade out of those lemon flight stands! 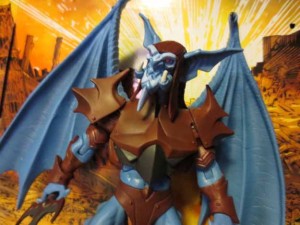 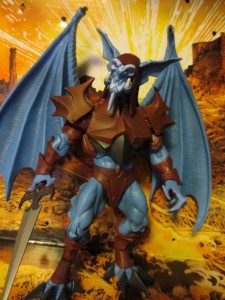 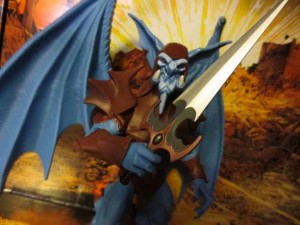 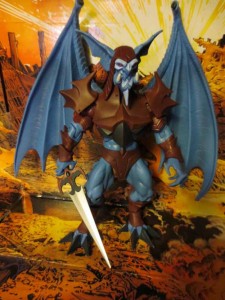 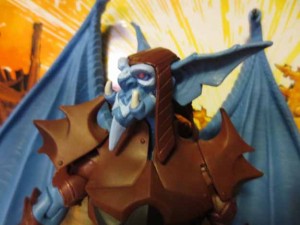 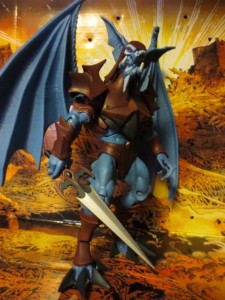 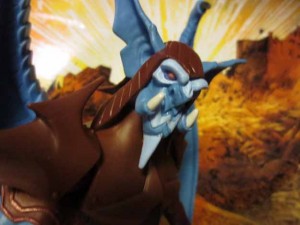 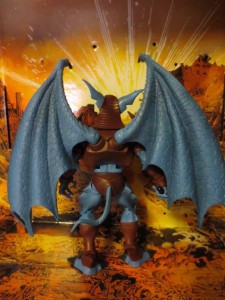 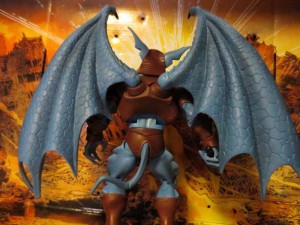 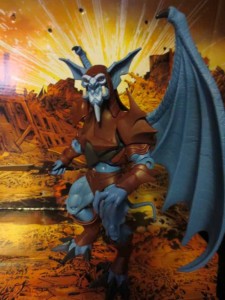 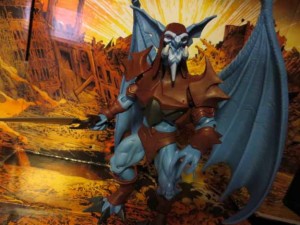 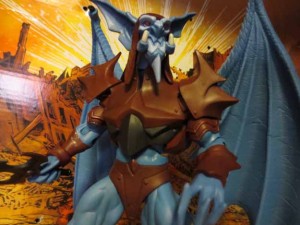 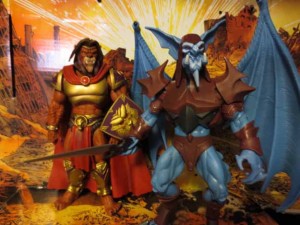