MOTU Vykron Is A Dressed-Up Mess 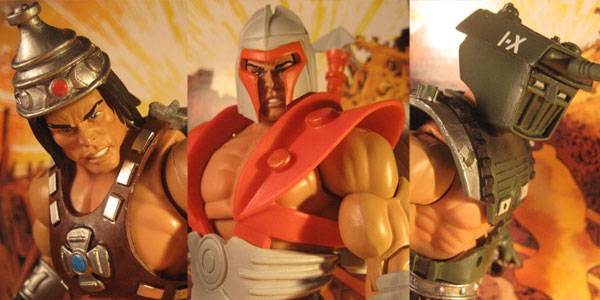 Vykron, being a dress-up set memorializing the original pitch for what became Masters of the Universe, was a very appropriate and ambitious set for the 30th anniversary. The tank armor, the viking garb, and space man attire can each be applied to a base body to create unique looks for a new character: Vykron, the Ultimate Eternian Champion. Is this $30 set greater than the sum of his front-covering parts?

For many folks, Vykron will be a “buy three sets” or “buy none” situation, and the need of the completist to make all three variants of the figure may be the one thing to salvage what is the worst MOTUC offering since Molarr. While Spikor shows us the Four Horsemen have the right idea on how to execute a character properly, this set illustrates quite a few steps back in design that can be best-described as something you’d see in the original line. But these half-baked accessories (sadly said both figuratively and literally) are absolutely not acceptable in a line where we have seen them go all out for convention exclusives. I created and purchased all three versions myself, and there is quite a bit to be said about these sets. 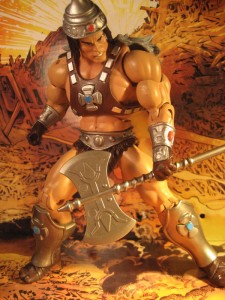 The paint on the barbarian set’s body is far and away the worst I have seen in a long time, and thankfully this relatively unwanted piece is just the place for Mattel to work out the growing pains in their design changes. His colors were odd to start with– his barbarian bracelets had orange gems on them, while his helmet had a red bauble in the center, and light blue accenting the centers of his armor crosses. I would have stuck with one color, or at least make the bracelet gems red to match the helmet, given that Space Ace uses so much orange. Nothing looked cohesive, but that was the theme of this figure, as I soon found out.

I first tried to stand the toy up in all three armors. Given the barbarian is pre-dressed, all I needed to do was stand him up AKA straighten his legs. His upper thighs tore right off the loincloth, as if the paint hadn’t yet dried. Thinking I could scrape the brown paint off, I took my X-Acto knife to his leg. What secret laid below was that his limbs were actually cast in black plastic!! Forget scraping off paint: simply moving limbs at their points of articulation was creating wear and tear on the paint within the elbows and knees, peeling right off. This is cheap even for Mattel. I prayed I would only see this type of mishap on DCUC 16’s Robin. How wrong I was. How wrong Mattel is. 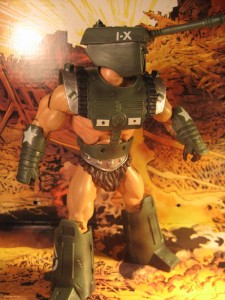 The “Tank Top” fared worse. The gun he possesses is very generic, and kind of unnecessary seeing as how his head is a tank turret. An American tank aesthetic for an Eternian gladiator aside, the armor looks horrible on him for a whole other reason– instead of making the gauntlets and boot covers capable of wrapping around the whole limb, they snap in the front only, exposing both his back half and Mattel’s inability for follow through. I can’t fathom how in this day and age, in an adult collector’s market, front-snapping armor was considered satisfactory for this character. It’s an utter abomination in execution, but somehow the cherry on this disgusting sundae is the “Space Ace” outfit. Beyond echoing all the issues found with the “Tank Top” pieces (complete with underwhelming blaster), when applying the helmet, I scratched 70% his left eyebrow clean off, giving him a Vanilla Ice kind of look. Adding insult to injury is his the belt. As if looking like a cosmic diaper wasn’t embarrassing enough, the hole that the belt peg snaps into had so much paint inside, it was impossible for the peg to slide through. Once again, I needed an X-Acto knife to shave off the extra paint, belt be damned. Even after working the peg into the hole, putting the fixed thing around his actual waist took about an hour, with sore fingers for all my efforts. Taking the thing apart and trying on each outfit took about two hours with constant adjustments throughout. Even with his silly blaster, “Space Ace” is bulky and very hard to pose well. 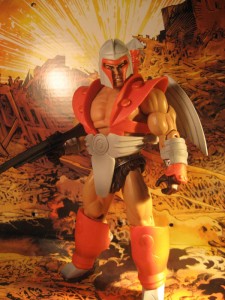 Having purchased sets both at the show and online for the Mattycollector after-party sale, there are positives to report to those that missed the show. I will say that no toy pieces are exclusive to the show set. The show set did, however, get a nifty comic with purchase that contains DC’s issue one plus the online-only Sir-Laser-Lot comic. Also, I can say that the online sets seemed to have made it through the assembly line MUCH better than the SDCC barbarian-displayed pack-out. The “Space Ace” and “Tank Top” displayed Vykrons both had the boxes taped down in an easier-to access way, making him much easier to break open than the barbarian pack out. Also, the painted skin I found didn’t stick to the loincloth the way the barbarian version from the show did. The top of the thighs were still a bit brown here and there, but thankfully obscured by the loincloth. The head has very strong features and as many have pointed out, would make an excellent He-Man alternate head (why he has black hair with brown eyebrows is anybody’s guess). The barbarian axe is beautifully-sculpted, and the helmet/hair slide onto the headpiece snugly and looks amazing. I would say to pull down on the front to hide the space above the forehead. All accompanying armor pieces fit very well. If you purchased the “Space Ace” version, you dodged a bullet in getting that belt on him, given he is pre-dressed. I will say that the Space Ace belts worked out the paint issues, and for both the Tank Top and Space Ace sets, I had no problems clipping on any of he belts, regardless of how thick the paint was applied to the peg hole. It’s my belief that the barbarian will be the favored one to display, seeing as both the bio and the ease of poseability, display, and lack of junky snap-on armor (while his shin guards do snap on, it looks more organic than the other two).

If I had to rate the SDCC sets, best to worst, I would say the order goes Orko/Prince Adam, Queen Marlena/Cringer, He-Ro, King Grayskull, then Vykron a distant last (not including Molarr). This is not saying King Grayskull is a rung above Vykron. The Orko set is seen as having essential pieces to the collection (with fixed scale). Queen Marlena and Cringer are two missing pieces of much-beloved characters that can finally join and complete the royal family of Eternos. He-Ro is a prototype foreshadowing the possible continuation of the line back in 1987 that was long-gone, but not forgotten. King Grayskull was a new character and the inaugural figure in the line that came attractively-packaged, but with some design flaws that can be natural for the first figure in a new line.  Somehow, Vykron seems less-realized than even King Grayskull, and that’s a huge eye-opener of how far he’s fallen as a toy. 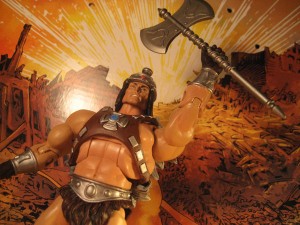 This set makes sense to commemorate He-Man on paper, but ultimately, the downfall was making this “idea” a whole new character for the sake of writing a bio. Mattel created an unproven concept character with a questionable bio and zero nostalgia attached, with bad paint apps and limited and hindered articulation when dressed in the poorly-designed armor. If this is our gift for the 30th anniversary, I see many fans wanting to re-gift him. This “toy” is ten steps back in every aspect, and it amazes me that Spikor, released the same month, has more value to him, and was designed by the same people. If there was a silver lining to be had, it’s that the horrible effort was wasted on a concept character that makes the awkwardly-constructed Sorceress look as fantastic as Trap Jaw. 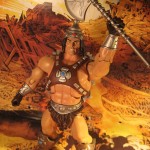 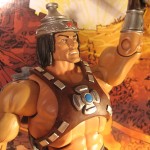 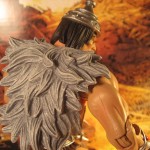 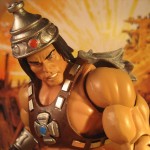 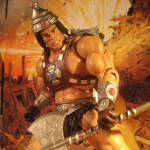 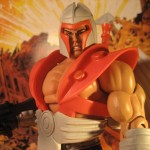 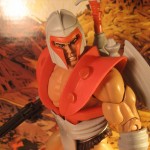 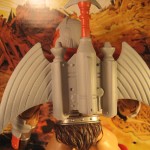 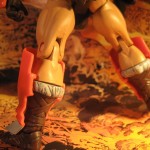 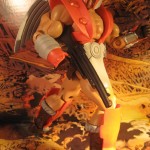 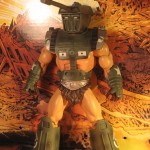 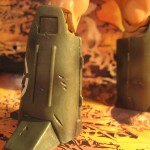 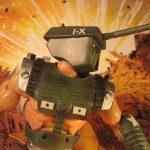 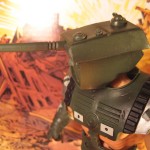 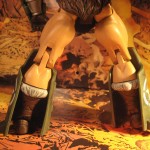 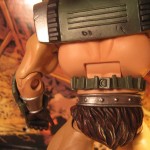 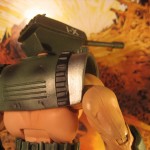 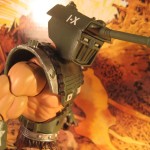 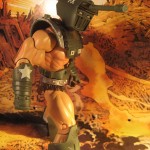 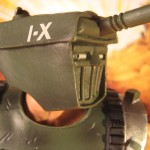