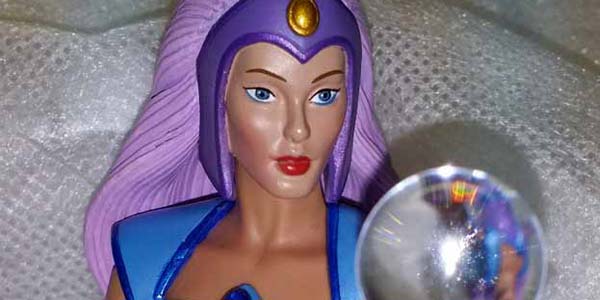 She-Ravers were in for a treat in February, but unfortunately the amazing Modulok comes at the expense of the final member of the Princess of Power Triumvirate.

Glimmer is pretty standard-issue with regard to execution. Her look, like the other Princesses of Power, borrows primarily from the animated series, with vintage toy ornamentation thrown in to offset the bland cartoon design. She includes her vintage staff and the Moon Stone, a powerful artifact used to keep the Magic of Bright Moon strong against evil invaders. A new hand was sculpted to hold the Moon Stone, and it does the job serviceably if you are placing it palm-up.

Because the figure’s execution was following an established pattern, small touches that make her special appear to be omitted. Neither her staff nor her tiara glow in the dark, even though it’s explicitly stated in the bio. Also, her legs are attached to a pelvis that was supposed to be discontinued after Octavia. That, combined with her longer lower legs, makes her one of the tallest characters in the line, despite being a character depicted as a head-length shorter than the rest.

If you read our Q & A’s, we’ve spoken at length about her transition from a leotard to the flat skirt design to mask her hip joints. That fact that Mattel won’t follow the example of previous releases in their own line simply stymies me, and I wish they wouldn’t keep their heads in the sand on the issue.

Two more characters are checked off the list as Mattel inches closer to Masters of the Universe Classics completion.  Glimmer is a pretty figure to display, again, but she didn’t get the love Modulok received. Sadly, this will translate to the buyers as well. Glimmer was a hotly-anticipated character, and with all her production woes, paired with arguably the most fun action figure in the line, she won’t make the intended impact on the shelf.

Seeing a character who primarily uses light being “outshined” by a dark, scaly multi-appendaged monster is an irony sadly not lost on us. 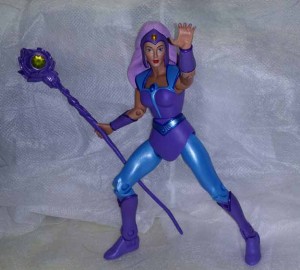 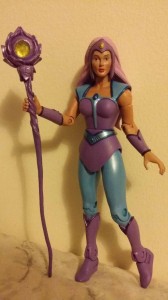 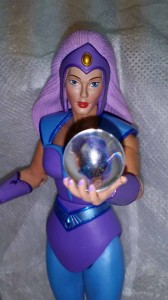 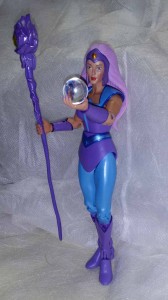 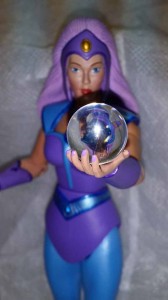 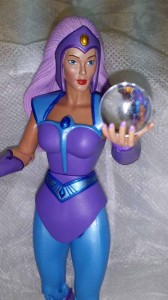 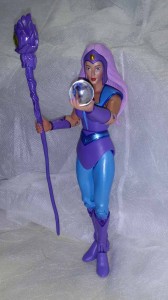