MOTUC Jitsu Is So Close To Perfection 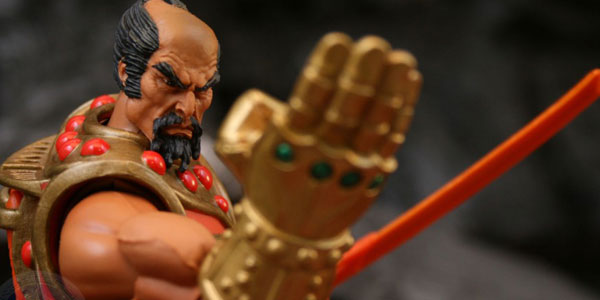 Jitsu accompanies Ram Man as the second MOTUC offering for February, and like Netossa and Ram Man, there were design choices that I wish the fans were made aware of sooner so we could give that constructive feedback, which leave Jitsu an excellent figure instead of one of the best in the line.

For me, Jitsu was one of the characters I wish I had as a child, so it’s great have him here now in the best iteration of Masters of the Universe. Like Ram Man, it’s the little touches added that I really appreciate– his center belt stud is red with a gold outline, his glove takes design cues from the brilliant NECA staction figure, and he has been given two lovely Kama that store on his back. If you pull them off his back, unlike Fisto, the back of his armor remains faithful to the original design, and that is really something to be applauded. His vintage sword join the Kama with metallic orange blades. Even something as mundane as his hair tie has been given stylistic flair… Never say the Four Horsemen aren’t creative! 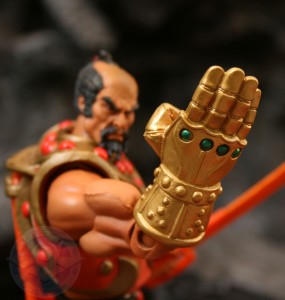 Following the theme of 2013, we have gotten some fantastic entries with no utter failings in design, but there are a few things I would have done differently. First, Jitsu’s armor cross in the center is asymmetrical, with a longer horizontal to his right. It’s be NO MEANS a deal-breaker, but when I look at him straight-on, it jumps out at me. Secondly, it can be argued that his head, like Fisto’s, could be wider. Again, there is an AMAZING sculpt before us, and it’s not something bad in the slightest, but someone photoshopped their heads wider, and I can’t un-see how fantastic it truly could have been, looking just as good but in even better proportion.

Thirdly (and the biggest facepalm by far) is his Kama. It reminds me of those awesome finger blades on Tri-Klops’ back– how I wished they were removable so he could use them between an open-fingered hand. Now we have Jitsu with removable weapons, traditionally held in two hands, and we have a golden chopping glove with no way of holding one of them. His thumb is ALMOST in a grip, but somehow the sculptor didn’t go the distance here. At the very least Design could have carved an opening between the thumb and index finger seamlessly so his Kama could clip inside his hand. Not the end of the world, but what a senseless waste of weaponry. It was SO CLOSE to perfection. Also being a warrior with a martial arts motif, rocker ankles would have helped him greatly, and he could have ushered them in for countless new Masters.

The reigning figurehead of Snake Mountain looks just as imposing as the new canon would have us believe. This is exactly what the Four Horsemen need to do– I love the new weapons, and the slight detail improvement that still remains squarely in the classic style. Jitsu is really walking that line with his strong angular jaw, but it nicely representative of the evolved style the fans are embracing. Jitsu only lacks in that he could have been a choice or two away from being “one of the best in the line”. Instead of perfection, we’ll have to settle for awe-inspiring. 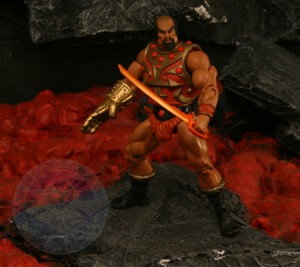 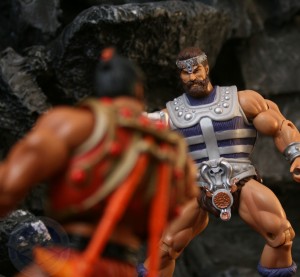 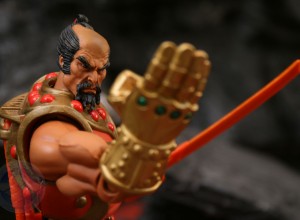 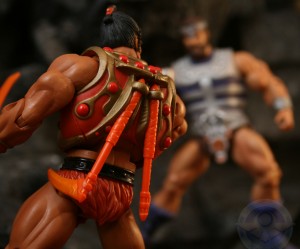 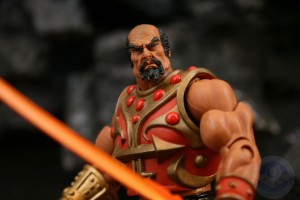 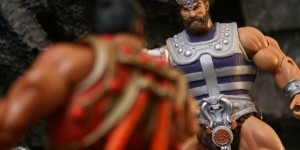 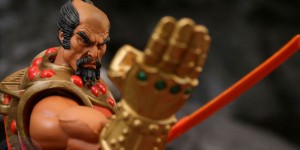