MOTUC Modulok Was Worth the Build-Up 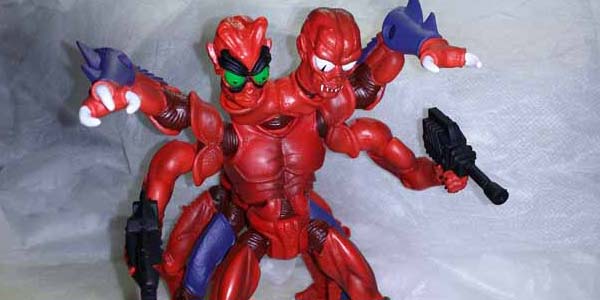 For She-Ravers, February was an immense triumph in action figure form. For fans that are looking to scratch their vintage MOTU collection itch, Modulok will do that in spades.

With February came news of the Club Etheria subscription. Perfectly coinciding with it, two characters at opposite sides of the Great Rebellion join the immense Masters of the Universe Classics action figure collection– Bright Moon’s Princess Glimmer, and the Horde mad scientist and gadget-man Modulok.

Modulok is seriously courting the fan community as an early Figure-of-the-Year candidate. Just to get the bad out of the way quickly: his clawed feet are reversed (yet for the most part symmetrical), his alternate tail does not have a green underbelly despite getting a black wash, and his torso was not designed to separate from the front pelvis. Even his pelvis was widened to better accommodate the connecting appendages.

This said, all of these issues are completely overshadowed by how fun the toy genuinely is. It really hurts to say this, because I am extremely critical of breaking the aesthetic for action features, crimes they have committed to the line’s detriment. But Modulok feels like a real toy, and evokes a lot of the fun and fosters the creativity we had playing with Modulok as a child. By no means is this my stamp of approval for Mattel to go carte blanche on future figures (sadly Double Mischief is paying that price).

After toying with a few configurations, I definitely want more figures to create a myriad of configurations. I really wish Mattel included the configuration gallery they were teasing leading up to his release, as well as some FilMation-style purple and black deco on his ribcage to break up all the red.

But I have to give the devils their due: this is one amazing toy! 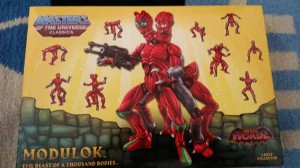 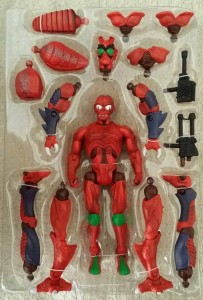 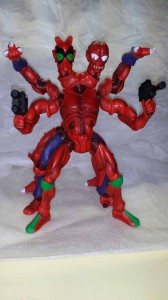 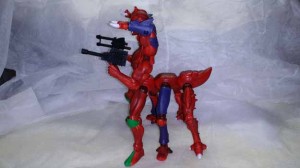 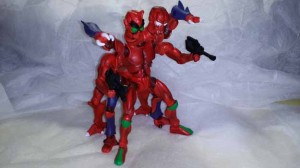 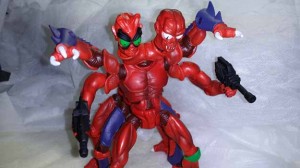 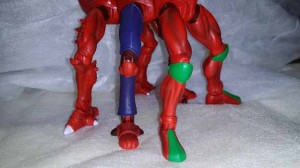 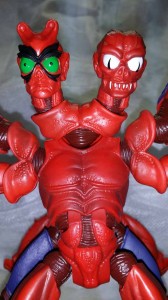