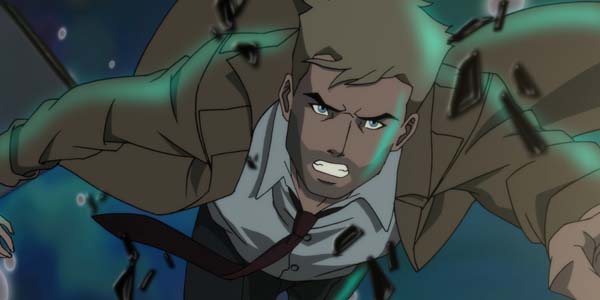 Justice League: Dark gets in to scary territory to tell a penetrating story.

Justice League: Dark lives up to its name with content and themes that are far outside the Justice League proper’s usual purview.  By the opening titles, I was thoroughly convinced that the Justice League really were out of their element.  The clandestine nature of the magical world represented in Justice League Dark acts as a well-suited foil to the regular Justice League’s more explicit operations and strategies.  No one represents this 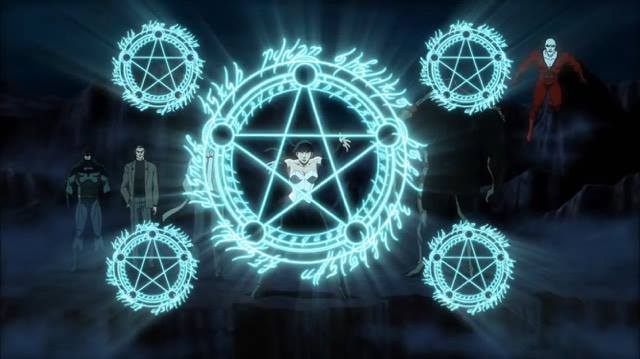 world of subterfuge like Constantine who, in the comics, lives a life without permanence; and I was deeply impressed that the movie chose to focus on that over the aspects of his character that just make him “cool.” The blast radius around him is an incredibly important part of what makes his character tick, as well as a major theme for the film.  The things that make the heroes so effective, are also what make them vulnerable to the malevolent forces they tangle with.  Their anonymity and subversion aren’t just ways to set them apart from the rest of the Justice League, they also seem like essential survival tactics.  This concept translates in to the fight scenes, which are much more complex and strategically considered than the usual Justice League fare.  The limits of the the characters are at the heart of what makes them compelling.  Their stories and conflicts are far more personal than you would expect out of a typical superhero team.  There’s a clear danger to toying with volatile forces like they do, and Justice League: Dark is very good at showing just how fine the line they toe really is.  The horror is one of the best tools the movie uses to up the stakes and keep things unpredictable.  The characters are put in to tight situations where they are often surrendering the position of control, so it’s even more satisfying when they are able to break free and prevail.  My biggest beef with the film comes from the Constantine bag of deus ex machinas that always seems to be on hand.  Whenever he pulls out the perfect object for what they need at any given time, I can’t help but roll my eyes.

For those who like to go beyond the movie, or just superfans in general, the blu-ray has an insightful sneak peek at Teen Titans: The Judas Contract: The next DC animated feature, The Story of Swamp Thing: An interview with Len Wein, Kelley Jones, and others involved about the character’s inception and publication over the last forty-plus years, fascinating tidbits about the different aspects of the film including the The Color of Magic, Deadman’s Casting, and Constantine’s Origin, and two Batman: The Brave and the Bold episodes: One about Deadman and another about Etrigan.

Final Word: The version that was sent to me had the 4.5″ Constantine figure, and as a fan of the character prior to this, I was thrilled to receive it.  Taking it out and examining it, I was surprised at how well made it is.  It’s a solid figure, with Constantine in an easily recognizable pose holding a “cigarette.”  The simple style of the 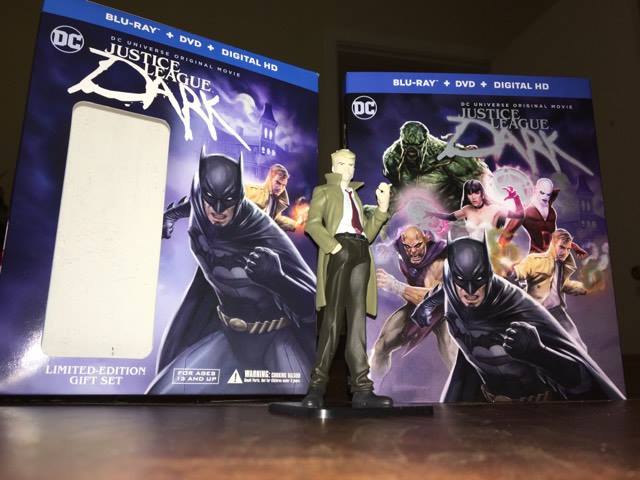 character in the film translates well in to this kind of figure, but the lack of detail makes the extra price of $8 for just the statue a bit steep.  It’s a good cubicle decoration or desktop bauble, but it’s the really big fans of either Constantine or the Justice League: Dark property that are going to get the most out of this bonus.  Justice League: Dark, however, is a refreshingly different addition to DC’s ever expanding animated universe.  The subject material is very mature (horrible murder, suicide, demons, etc,) but the movie uses these shock value plot-points to highlight just how different a take on the world of superheroes Justice League: Dark really is.  The fight scenes are eye candy, but it’s all somehow still made to seem necessary within the context.  The movie takes time to get us acquainted with the characters, so the events that surround them are made all the more personal.  This one hits hard, but it also leaves you thinking afterward, which is an increasingly rare treat when it comes to both superheroes and cartoons.