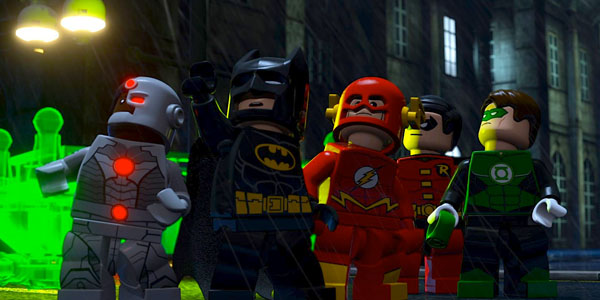 The title is slightly misleading but Lego Batman: DC Heroes Unite! is a fun movie for both kids and adults.

I was expecting a very kid friendly film offering nothing but a few fun cameos for the adults, but to my surprise the humor and action made this my favorite DC animated film to date. 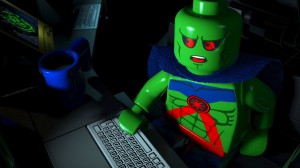 The down side to film is there is not enough superheroes in the film, the film primarily revolves around Batman and Robin with a Superman being more of a sidekick. The Martian Manhunter has a very small role in the film, and the rest of the Justice league only shows up during the last nine minutes of this 71 minute film. Their time on screen was such a tease, because with the exception of Wonder Woman none of the JLA are part of the Lego sets, yet.

The main story is about Lex Luthor’s attempt to get elected President and his uneasy truce with the Joker. Batman and Robin have to stop the evil duo with the help of the Man of Steel, but always seem to fail at their tasks until the very end with the help of their friends. The Joker and Luthor use Batman’s Kryptonite stash to take down Superman before the big election, but the heroes have a plan to stop the villains. What makes this film so much fun is the fact that they did not dumb down the characters, Batman is as paranoid as he is in the comics, Superman is the boy scout, and Joker is just plain crazy. They story has elements of the President Luthor story line and the Tower of Babel from the JLA book. 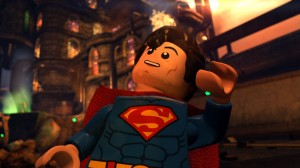 The music gives a nod to the history of the characters with some classic musical accompaniment to the action. Superman scenes usually have the classic theme from John Williams plays in the background, and while the Dark Knight is in action the Danny Eflman score plays in the back ground. There are also plenty of moments that will allow adults to geek out from the armored Batmobile, to Batman’s “I’m Batman” attitude, and the Jokers over the top antics.

The animation is crisp but dark during the film. The animators are able to capture the grim and gritty look of Gotham even though this is a fun kids film. They vehicles and gadgets are all straight out of current Lego sets, they were even able to incorporate the ultra build Joker. In many cases cartoons feel like hour long toy commercials, and while this movie does show off all the cool toys that can be built with Legos, the story is able to move the film past that feeling. 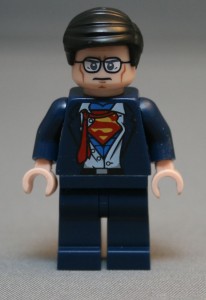 There are only a few extras on the DVD release, all geared toward the younger viewers. There are two Brave and the Bold episodes and one Teen Titans episodes. Along with the cartoons there are a few shorts made by fans and a behind the scenes look at making a stop motion Lego film. With the DVD you also get an exclusive Clark Kent Lego minifigure. He does not come with the same hair piece with the curl from the movie, but it looks okay. I was able to swap out the hair from the Man of Steel sets, and it looks much better.

I hope in the next year we will see figures for the all heroes shown in the film. All the villains are currently available in sets except for the surprise cameo at the end of the film hinting there may be a sequel at some point. This DVD is worth tracking down for the movie, along with the exclusive Clark Kent.