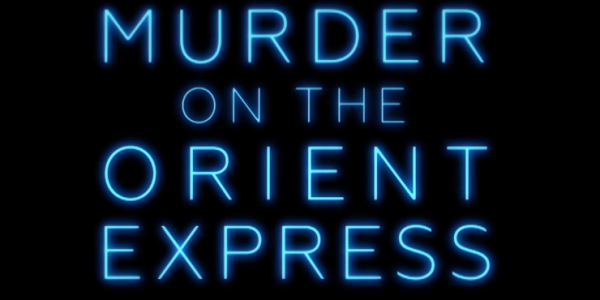 What is it?: “Murder on the Orient Express” is a classic detective story adapted from an early 20th-century book that maintains the setting and time-period of its source material. Penned by Agatha Christie, the story is the single most popular adventure of the character of Hercule Poirot, and elements of the unique story have contributed significantly to the construction of the modern-day mystery.

What’s it about?: Hercule Poirot, the famous detective is on a case in Istanbul…not Constantinople (I’m sorry. I couldn’t resist.) After wrapping up a very simple case in a very extravagant way, master investigator Hercule Poirot (Kenneth Branagh) is making his way on to his holiday, but is intercepted by his old friend Wolfgang Bouc (Tom Bateman) and given a spot of the luxury train Bouc is in charge of, The Orient Express. There he meets fellow passengers Mary Debenham (Daisy Ridley,) a governess, Pilar Estravados (Penelope Cruz,)a 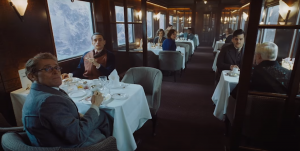 devout Spanish missionary, Ratchett (Johnny Depp,) a shady and scummy American businessman, Dr. Arbuthnot (Leslie Odom Jr.,) a doctor with a connection to Mary, Hector Macqueen (Josh Gad,) an assistant to Mr. Ratchett, Edward Masterson (Derek Jacobi,) a butler to Mr. Ratchett, Count and Countess Andrenyi (Sergei Polunin and Lucy Boynton,) a dancer on a hair trigger and a beautiful yet infirm actress respectively, Caroline Hubbard (Michelle Pfeiffer,) a wealthy aging widow, Antonio Foscarelli (Manuel Garcia-Rulfo,) an American car salesman, Princess Dragomiroff and Hildegarde Schmidt (Dame Judi Dench and Olivia Coleman,) a ill-tempred and aged Russian Princess and her slow witted German maid, and Professor Cyrus Hardman (Willem Dafoe,) a fiercely proud German Professor. In the middle of their journey, an avalanche derails the train, and the group is left to wait for help. While stopped, a murderer comes on to the train and kills one of the passengers; or was it one of the passengers themselves who committed the act? Bouc enlists Poirot to help him find the culprit, and the two go about trying to uncover the lies of the passengers on board and make the necessary connections to determine who had the greatest motive.

How is it?: The movie is flawed, oftentimes it’s as melodramatic as a stage-play, sometimes stuffy, and frequently unrelatable.  I’ve never read the book and I’d never seen any adaptation of the story. I knew this one out of pure iconography and allusion. I am however familiar with the directorial work of Kenneth Branagh who directed the first Thor film, the staggering four hours “most complete” version of Hamlet, and the twenty-fifteen 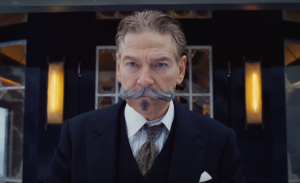 live-action version of Disney’s Cinderella. As a director, Branagh always seems to have the best of intentions with fluctuating success to payoff said intentions.

Individually the cast does an excellent job with Kenneth Branagh’s Poirot being absolutely superb, playing him as a borderline obsessive and polite yet private genius. Together though, this cast doesn’t mesh. Because of the nature of this story’s ending, this causes a big problem. Movies are a lie, that’s the point; but when a movie lies and it’s not convincing or believable because the evidence to support it is also circumstantial, then that connection can’t be made. Depending on how necessary to the narrative the blown lie is, the story could still possibly support itself. “Murder on the Orient Express” blows the big one though. The twist. The lynchpin. The single most important part of the story, the solution. The story fails to foreshadow, draw connections between all the characters, or leave hints to lead you in the direction it’s going. In the last twenty minutes, everything stops and the solution is lobbed at your head. It’s hard to buy since there’s no evidence to support it beyond the fact that it’s something that everyone else knows yet the audience barely has any information on.

Final Word: The story unfolds in bizarre ways, with poor editing being a major problem. There’re a lot of great actors and actresses working here, but most of the time they’re just strolling back and forth in the background and not actually getting anything to do. What the movie does remarkably well though is mystery and

investigation. The story in the book unfolds out of Poirot’s eyes, and as the trailer showed, this is quite literal in some cases as the camera becomes a first-person view from Poirot himself. But it’s not just the literal seeing through his eyes but also the seeing what he sees. Often the movie will focus solely on a character’s face while they tell their story, challenging us to find the lies. There are other times when the camera will show an entire room from the top, letting us look directly at the different aspects and see what doesn’t fit. The movie is at its absolute best when the audience gets to be the detective as well, but that technique only serves to hurt all the more when the solution just comes out of nowhere.

Having said all that, I still enjoyed Murder on the Orient Express. The cinematography and dedication to the period are two of its greatest assets and Poirot’s reaction to the solution does help put the truly personal crime into perspective. The ending itself (not the solution) is absolutely masterful as well. As a study of the character of Hercule Poirot, “Murder on the Orient Express” is excellent; but as a murder mystery with a pile of suspects, it’s well-meaning but poorly motivated.