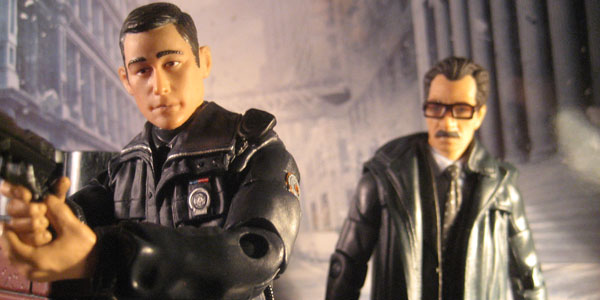 Expect to compete with some twentysomething fangirls in addition to the Hot Wheels guys in the toy aisle– Joseph Gordon Levitt’s got his own action figure.

Mattel’s Dark Knight Rises Movie Masters keep plugging along one figure at a time, and the latest is GCPD’s John Blake, Joseph Gordon Levitt’s character from the film. Blake was a pretty major player in the end of Christopher Nolan’s Batman series, serving as not only the director-approved adaptation of Bruce’s sidekick Robin, but also becoming heir apparent to Batman’s cape and cowl by the end. 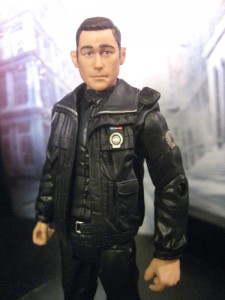 Mattel opted to release a movie-accurate beat cop version of Blake, one of his key looks in the movie. While JGL spends a bit more time on screen in a standard suit after his promotion to detective, we’ve seen a good deal of dudes in suits in this series, so the police uniform breaks up any monotony. The base body is a slightly retooled suit body, with the same slacks and shirt, with a new collar built in to replicate Blake’s GCPD turtleneck. The field jacket is an all-new design, and it’s one of the nicest pieces I’ve seen from the Four Horsemen. from the double-layered collar to the badge, shoulder patches and walkie talkie, this is an amazingly authentic looking police jacket, which lends itself perfectly to building armies of cops for any 6″ scale series.

Like many other headsculpts seen in the Dark Knight Rises line, Blake is clearly identifiable as Gordon Levitt, right down to the actor’s pointed ears. It’s a good sculpt, but it leans a bit on the cartoony side, more like a caricature of JGL than a true portrait. 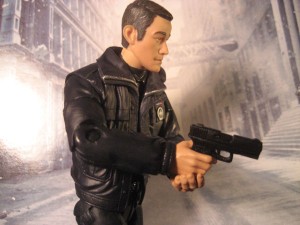 While the head looks fine on this figure, it’s actually pretty large compared to other figures in the line, such as Batman and Jim Gordon.  Aside from this scale issue, the only beef I can see anyone having with this cool figure is his lack of an accessory.  I’d love to have seen a flashlight or a pistol like Jim Gordon’s included, to give Blake something to do with his hands… even without this, the Commissioner’s gun fits nicely in Blake’s hands, and he can hold it well with one or both hands.

While there’s no weapons or accessories packed in, Blake does include the fifth piece of the Batsignal, the lens. It looks very cool, and I can see that the design should make it project the iconic signal quite nicely when it’s fully operational. Getting this penultimate part really has me itchy to get the final figure, Ra’s al Ghul and check this thing out fully assembled.

Given Joseph Gordon Levitt’s popularity– combined with the army building potential of this first, ever Gotham City beat cop– I expect Blake to be a pretty hot seller, even for a Movie Master.  Our friends at Toycade have Blake in stock and available right now, so Click Here and pick up yours today! 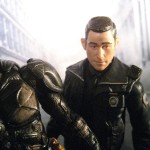 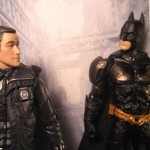 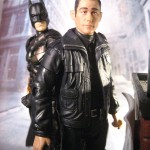 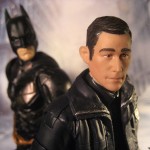 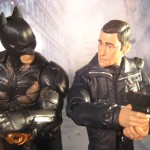 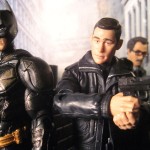 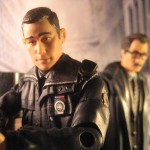 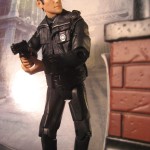 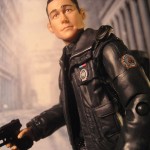 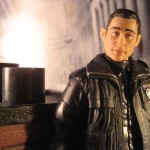 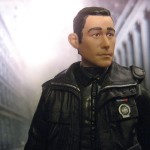 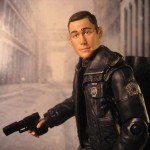