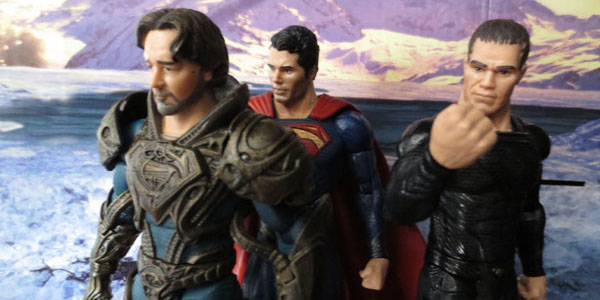 The Man of Steel will be a little less lonely on the shelf with Zod and Jor-El joining him in Mattel’s Movie Masters.

Mattel really knocked it out of the park with the new Man of Steel Movie Masters Superman figure.  I went in to this line with the plan to get a Supes and call it a day (my MO for the largely underwhelming Green Lantern line, too), but I was so impressed I caved and picked up the remaining Series One figures, as well.  So the Last Son of Krypton doesn’t get lonely, Mattel is giving him two more, uh, Kryptonians to hang out with.  Yes, it makes the whole “Last Son” thing kind of confusing, but just go with it. 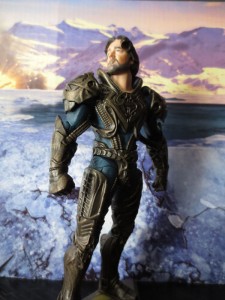 Jor-El is, of course, Superman’s dad, as played by Russell Crowe in the upcoming film.  The figure might be the best of the entire series– the all new sculpt features Jor-El in full on Kryptonian battle armor, which is sculpted with immaculate detail and given a truly gorgeous metallic finish and subtle black wash. The fine detail to the paint really highlights every wonderful facet of this sculpt, making Superman’s daddy the most visually striking toy in the series by far.  The Crowe portrait is solid– it’s clear who he’s supposed to be, from his hangdog eyes to distinct profile.

Despite all the sculpted details of his unique armor, Jor-El is still fully poseable, with the same articulation pattern as Superman. I still miss the ab crunch, as it would allow for lots more posing options, but like his son, Jor is great in every other way.  The Kryptonian scientist includes a unique display stand, with his family symbol (the “S”) in grey to match his armor. 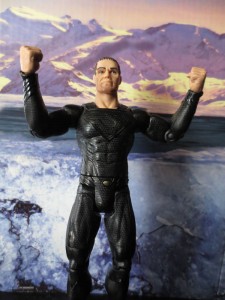 The villainous General Zod rounds out the first assortment.  This is not the only Zod we’re getting– Mattel has revealed that this basic version will be followed by a more exciting looking Zod in his full battle armor, complete with removable helmet.  After seeing how phenomenal Jor-El’s armor was, the second Zod should be a must-buy.  In the meantime, we get the more basic version of the renegade warrior, in his basic black undersuit.  Zod shares most of his parts with Superman, including the textures and costume details. I haven’t gotten a good enough look at basic black Zod on screen to see how accurate this is, but he does get a new chest piece displaying his own non-“S” shaped sigil.

The figure sports an okay portrait of Michael Shannon, but it’s by far the softest likeness of the three figures.  It’s also HUGE– while the style of all Movie Masters has tended for heads just slightly too large for their bodies (I’m assuming based on the Horsemen’s lack of experience sculpting true-to-life instead of fantasy proportions?), Zod’s is quite the ripe melon sitting on his shoulders. The slimming effect of his all-black costume does not help offset the size discrepancy, either, and it makes me very glad we will be seeing a new, improved Zod in Wave Two later this Summer.

The Man of Steel Movie Masters are proving to be one of the best retail toy lines of the year.  Out of three figures released, two have been absolutely incredible– Jor-El is amazing with his sculpted details and beautiful paint apps, and Superman is on the short list for best figure of the year. If you’re looking for a bad guy in the set, General Zod isn’t terrible, just not as great as the others.  Unless you’re a completist, I’d suggest being patient and waiting for the awesome Kryptonian Armor Zod coming later this Summer. 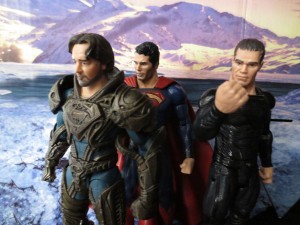 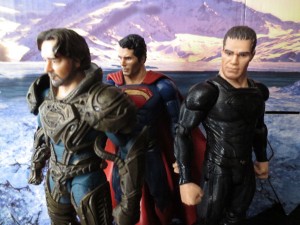 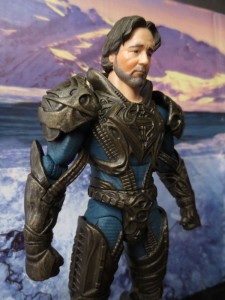 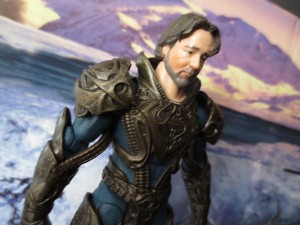 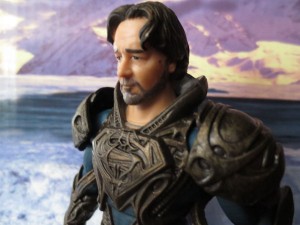 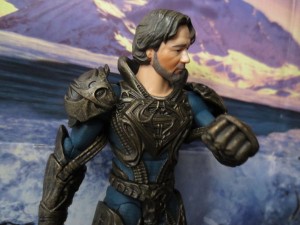 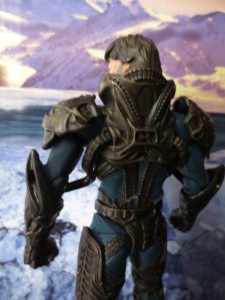 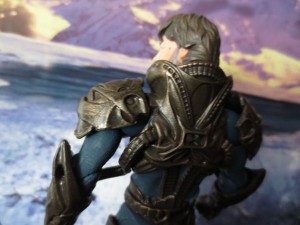 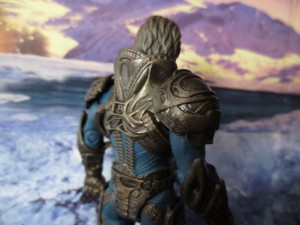 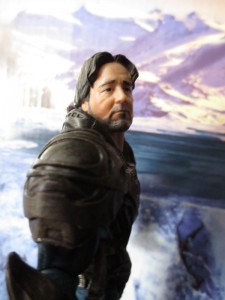 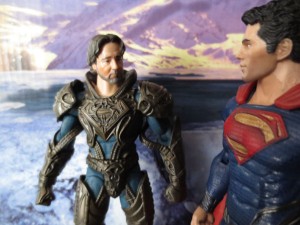 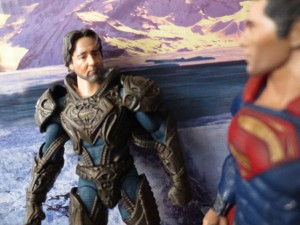 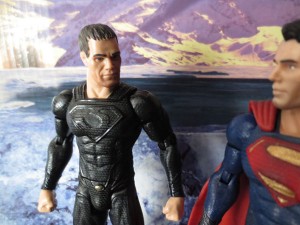 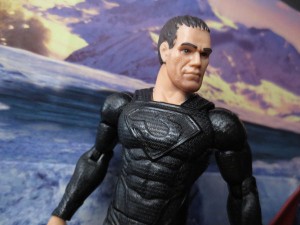 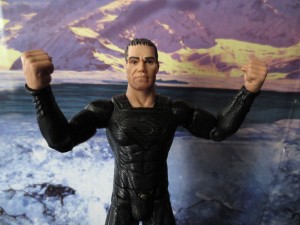 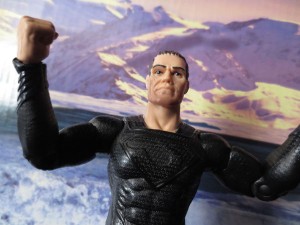 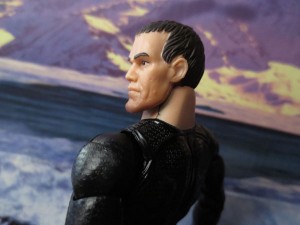 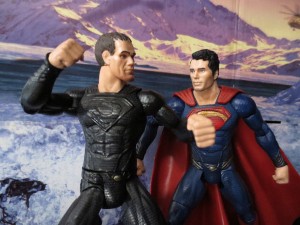 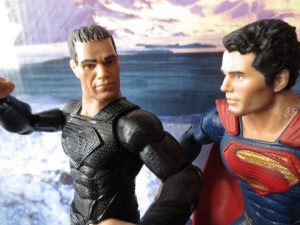 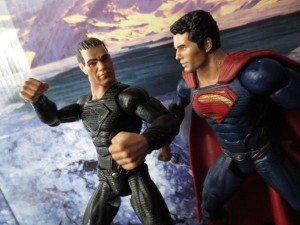