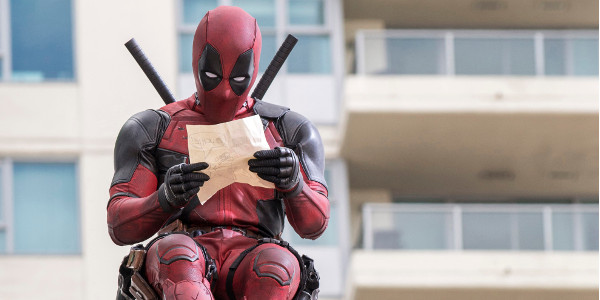 The “Merc With A Mouth” just explodes onto the screen.

The Deadpool movie has been a long time coming. It was first announced back in 2004 with Ryan Reynolds attached. Now here we are, 12 years later, we are finally seeing everyone’s favorite anti-hero on the big screen.

Deadpool in essentially an origin film. It tells the story of Wade Wilson and how became as the immortal anti-hero Deadpool. I know a lot of people can’t stand the first film in a superhero franchise to be an origin film, but I feel it’s necessary. You’re dealing with an audience that’s not that familiar the main character, so it needs to be set-up.

Ryan Reynolds has been championing this film to be made for years now and it shows in his performance. Reynold is either the greatest actor of our generation or he’s really having fun as Deadpool. Reynolds even gets the fact that Deadpool’s costume is somewhat iconic and is needed for to tell the story. Bottom line, he keeps the mask on.

Speaking of the costume, it’s pretty much comic accurate. The put CGI on the eyes to allow Deadpool to give subtle, but necessary, facial expressions, seeing how he’s wearing a full mask.

Reynolds is really surrounded by a good cast here. Morena Baccarin as Vanessa Carlysle, Wade’s girlfriend. T. J. Miller as Weasel, Wade’s best friend. Leslie Uggams as Blind Al, an elderly blind woman, and Deadpool’s roommate.Ed Skrein as the villainous Ajax, and Gina Carano as Angel Dust, who works for Ajax, and possesses superhuman levels of strength and speed. Plus, since technically Deadpool is part of the X-Men franchise, 2 X-Men help out Deadpool: Stefan Kapičić as Colossus and Brianna Hildebrand as Negasonic Teenage Warhead.

Director Tim Miller does a great job balancing all these elements. The payoff is amazing.

The only really issue I had was with Colossus. The film establishes that Colossus and Deadpool know each other, but we never really we how they met. Personally, I’d like to know how they know each other. The second issue was the sound mixing for Colossus’ voice. It sounded off compared to the other cast. And the accent the used for Colossus was too cartoonish for me. I truly was waiting for Colossus to say “Where are Mouse & Squirrel.” But all of this is minor.

The film just hits the ground running and barely stops. You’re either laughing your ass off or you just being amazed by the action. I’m going to warn you, some of the sex scenes get a little raunchy, but at the same time funny as well. There’s some gore, but very little.

And I just have say, best Stan Lee cameo ever!

This is still a Marvel film, so sit through the credits

Bottom line, Deadpool was a really fun film that stays true to its comic origins. Don’t overthink the film at all. Go, sit back, and enjoy the show with a nice chimichang.

Deadpool was so worth the wait!