MOVIE REVIEW: There Are Too Many Strings On AVENGERS AGE OF ULTRON 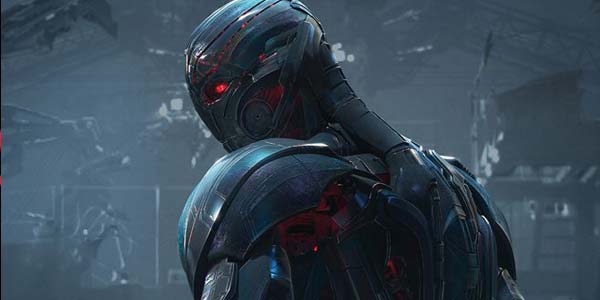 Avengers: Age of Ultron is a movie just as conflicted as the heroes and villains that star in it.

I liked Avengers: Age Of Ultron.

But I didn’t love it, and I didn’t leave the theater on the same kind of sugar buzz-meets-emotional satisfaction that made it hard to sleep after my first viewings of The Winter Solider or Guardians of the Galaxy.  But those are not this movie, and while they all share the same universe as a backdrop, on some level it’s still unfair to compare them as apples to apples.  It’s mostly a testament to how great the Marvel Studios films have been, I guess, that releasing a “just good” movie like Age of Ultron— with its great moments, solid character interplay, and fair share of problems– feels like a bigger stumble than it should.

Let’s start with what works.  The pacing of this movie is great, a huge step up from the slow start of the first Avengers movie.  Age of Ultron is set against a groundwork of nonstop action from the first frame, as we follow The Avengers– now fully taking the place of S.H.I.E.L.D. as the world’s premiere peacekeepers– in the midst of their latest mission, smashing up a Hydra stronghold lead by Baron Strucker.  This opening quickly establishes one of the movie’s main themes, the unity between our heroes, and we catch them on a good day, which makes for a true visual thrill to get us pumped.  It’s the first of a number of set pieces in Age of Ultron which are simply a joy to watch, with the Avengers literally working together and bouncing their abilities off one another to amazing effect.  When Thor smashes his hammer on Captain America’s shield to generate a sonic boom to take out oncoming henchmen, I dare you to not geek out at least a little.

It’s not long before we’re introduced to James Spader’s Ultron, the sinister and angry Artificial Intelligence that serves as the main antagonist of the story.  Spawned from a delightfully comic book-y mixture of alien technology, robotics and a healthy dose of Tony Stark’s typical arrogance, Ultron is a great character.  There’s a twisted logic to his end goal– world peace through the extinction of humanity– and it’s made better with the realization that he inherited his moral ambiguity from his “father” Tony… along with some of Stark’s other traits.  Namely, Ultron is hilarious, a villain every bit as snarky, quick-witted and filled with daddy issues as Iron-Man himself, making him both a perfect dark mirror to our hero and a sort of lost soul/ fallen son.  Spader hides a layer of anger behind Ultron’s logic, and the somewhat ambiguous nature of the extent of the robotic villain’s power makes him feel like a legitimate threat as soon as he appears onscreen (by handing the Avengers their collective asses).  I’m not sure how I’d rank Ultron against Loki– the best villain we’ve seen in the Marvel cinematic universe thus far– but he is a close second, if nothing else.

The good guys are pretty great, too, for the most part.  I love that, in many ways, Age of Ultron is Hawkeye’s movie.  The most sidelined Avenger until now takes center stage, and gets a lot of screen time.  Clint Barton not only gets the most fully satisfying character arc, but a sweet, well-played reveal about his personal life, and even a big motivational hero speech in the final battle, one of my favorite moments of the entire movie.  Jeremy Renner wanted more a bigger role after the first movie, and he makes the most of it in Age of Ultron.  Black Widow and the Hulk also take center stage, although their romance– while awesome in theory– feels like one of the weaker, less thought out plot points of the story.  I love that these two get together, and the chemistry between Scarlett Johansson’s Natasha Romanoff and Mark Ruffalo’s Bruce Banner is great.  The trajectory of their romance, however, is both awkwardly choppy, and starts to feel like a wheel-spinning slog after we circle back to it a few times.  Their storyline leads to a truly baffling exchange in which Natasha tries to self-identify as a monster due to her brutal conditioning as an assassin, which left her sterile.  It’s easy to read the sequence as sexually offensive, and while I sincerely doubt that was the intent, the shockingly sloppy dialogue and muttled themes of this sequence feel especially bad considering they’re in a Joss Whedon film.

There’s also a bunch of new characters, the best of which is Paul Bettany’s The Vision.  This guy doesn’t appear until late in the movie, but his intro is perfect.  I love that Bettany was actually made up instead of opting for CGI for this character… there’s something perfectly otherworldly about seeing Bettany’s very human eyes peering our of this red, semi-robotic face.  Vision is super cool, and adds another layer to the generational drama between Tony and Ultron, which is sort of explored in the really, REALLY big finale of the movie.  We’ll get to that in a minute.

The other newbies are the Twins, Wanda and Pietro Maximoff, and their introduction is less effective.  These two add more legitimate super powered beings to the playing field, which is both good and problematic.  At this point, as a dye in the wool nerd, I want to see Marvel’s movie universe get as big and broad as they want… so by all means, give me more people with strange, crazy powers!  The downside is, the more unexplained the powers on display, the harder it is to sell characters in live action, and to the general public.  I was okay with the short, fuzzy explanation of what the Scarlet Witch could actually do, because I’ve been reading about her reality-bending abilities all my life in the comics.  But looking from the outside, it can be confusing to include a character whose abilities (by definition) have no “rule book” assigned to them.

Adding to that, the Maximoffs can’t be called mutants thanks to Fox’s claim on all things X-Men related, so they get caught in this weird, half-developed middle ground.  That being said, their origin as kids orphaned by weapons manufactured by Stark Industries plays into the legacy stuff in the story, and I most definitely understood their perspective enough to buy why they would ally themselves with Hydra and later Ultron.  I just wish their transition to the good guys could have felt equally organic, rather than a too-fast plot point to keep the movie’s momentum going full steam.

All of this means our “big three” get sidelined a little bit, which i actually found to be a refreshing change.  Captain America, Iron-Man and Thor all get their own cool little moments– I’m particularly fond of seeing Cap become more confident as a leader, barking orders at his team with full knowledge that they are listening (even Tony)– but these guys are not the main focus of the story this time.  What we do mostly get is to see the friction between Tony and Steve Rogers’ ideologies, a tension that flares up a few times throughout the movie, which feels a lot more like world-building service than an arc for this movie… because, quite frankly, it is.  The seeds of this conflict are being planted specifically for next year’s Captain America: The Civil War, but the expository nature of this in-movie “preview” feels clunkier and less subtle than we’ve seen in the last few Marvel movies.

I’m not going to go into any details of the final battle, other than to say it is both impressively colossal and serves as a great bookend to the New York invasion that ended the first Avengers movie.  On the surface, this new finale feels very similar, with our heroes working to both protect innocent bystanders and engage the legions of bad guys.  But rather than play out like a lazy rip-off, what we see here is a progression, with the team evolving to function more in unison, operating as a unit instead of simply all doing their own things toward a common goal.  It was a subtle difference, but I really liked how the fight highlit that concept.  It was especially powerful in light of the inevitable break-up of the band, which starts here and will most certainly get worse in Civil War.  The end battle against Ultron’s army reminds us of what the world loses is the Avengers dissolve.

The biggest problem with Age Of Ultron is the same one many blockbuster sequels suffer– a lack of independence.  While The Avengers worked as a self-contained story, this movie does not stand as well on its own, feeling like a chapter instead of a story.  It’s packed with a lot of stuff– new characters, new pairings between established characters, new environments that expand Marvel’s on screen world, and a wonderfully comic book-y MacGuffin plot– and the end result is a movie that feels a little too big… even though I really couldn’t tell you what could be removed to solve the issue.  It’s infinitely better than Iron-Man 2, the last movie this beholden to connecting “A” to “C” in the overall Marvel franchise, but I was still disappointed that this movie was unable to effectively balance a place in the greater Marvel Cinematic Universe while still feeling like its own unique thing.

I’m fascinated by where the characters end up in this movie.  It’s not Empire Strikes Back dark, but that was clearly a major influence on the tone here.  The stage is clearly set for Civil War, with the line drawn in the sand that will divide our heroes.  The final shot of the movie reveals a new lineup of The Avengers, a scene that kind of encapsulates my feelings for this movie.  While I’m intrigued to see how this new group dynamic plays out, especially the strong military background a majority of the new Avengers are rooted in, we leave with full potential and little payoff.  When the new team assembles and Steve Rogers starts to deliver his iconic call-to-action, we cut to black halfway through.  It’s a cool gag as you watch it… but afterward you can’t help but realize it’s one final punctuation of how incomplete Age of Ultron feels as its own movie.