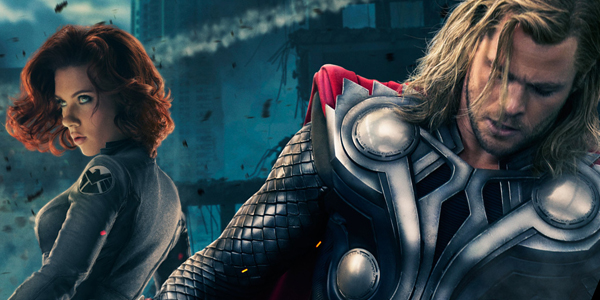 Most fans of the source material will be flocking to theaters this weekend to see The Avengers, the epic culmination of characters and storylines spanning five films, with a mix of excitement and apprehension. But with so much that could have gone wrong, I’m happy to say that writer/director Joss Whedon got so much right, crafting an experience that’s truly greater than the sum of its parts. This film is popcorn cinema at its finest and its going to make so much money.

Whedon’s episodic approach works well here, with sections of the movie acting as setpieces to re-introduce returning characters and develop story revelations, each with their own mini-climax and resolution. A number of these acts highlight the in-fighting between the heroes themselves, each with their own hubristic attitude regarding the situation they find themselves in, as they work towards resolution and how to function effectively as a team. It sounds like a corny mechanic but the sharp, witty writing makes all the difference. It’s not that there are any groundbreaking formulas at work here, in fact the narrative is rather basic – but it’s executed exceptionally well by a cast of very capable actors.

Although The Avengers relies heavily on the Thor and Captain America films for its plot devices, the characters of Iron Man and Hulk really stole the show. Robert Downey Jr. was practically born to play the role of Tony Stark and this script certainly helped recapture the charm that Iron Man 2 was frequently grasping for. Most surprisingly though was Mark Ruffalo’s portrayal of Bruce Banner, effortlessly bringing a depth and weight to the character that previous iterations lacked. What did not surprise me however, given Whedon’s penchant for writing strong female leads, was Black Widow, who was handled with care & finesse and played fantastically by Johansson – certainly a welcome change from the rather flat, hollow take present in Iron Man 2.

I could go on about the great casting but I think Bill summed that up nicely in his review. What I will touch on though, is the direction itself. I feel like Whedon has a clean, straightforward approach to filmmaking – every shot has a very balanced feel with the focal point always hovering in the center. Wide shots are used sparingly, instead using quick cuts to capture fast-moving action while the camera remains tightly framed on the actor(s). This structured feel made the bombastic 30-minute finale to the film all the more exciting and chaotic as the camera breaks loose to follow the action in the land and air with grand sweeps in and out of the battlefield (including one brilliant sequence featuring a long, continuous shot that will just floor you). This final act, by the way, is exactly what the previous Marvel films were missing – an epic battle. Sure, we saw conflict at the end of those movies, but not like this. The scale of the ending sequence is pretty astounding. I also applaud the director’s restraint in using slow-motion in only a couple short sequences instead of spamming that time-warping drivel which has ruined more action movies than I care to remember.

Overall, The Avengers was a rather fun watch – one of the more enjoyable super-hero flicks you’re likely to see. It doesn’t take itself as seriously as Nolan’s Batman films nor does it degenerate into the mindless tripe of Schumacher’s Batman movies. Its balance of action, humor, and heart as well as the energy and on-screen chemistry the cast brings to the table really makes for a great watch. I wouldn’t be at all surprised to see other studios looking into “Super-Team” movies after the success that is sure to follow The Avengers…