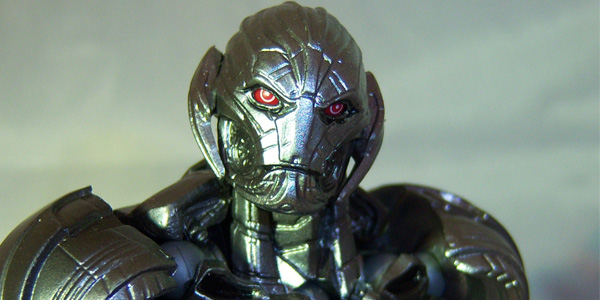 The battle of the imports continues to grow as each attempts one up the other. This time it seems Revoltech has got the advantage with Ultron.

When Figuarts and Revoltech started to make Marvel figures we knew eventually that movie figures would come about. It started with the Avengers and has continued with the Avengers: Age of Ultron. We have seen many different action figures from both lines with these characters. Ultron is the latest in the race for the best. Hasbro kicked it off with their own build a figure, followed by announcements for the Revoltech and Figuarts . Many took to the internet and argued based upon prototype pictures what was the better.

The Revoltech version has the perfect scale, amazing sculpt, and detailed to look like he stepped out of the movie onto your shelf. This figure comes with an open set and a closed set of hands. With these hands and the impressive amount of articulation there are limitless possibilities to recreate scenes from the movie. Also included is a blast effect and a figure stand. 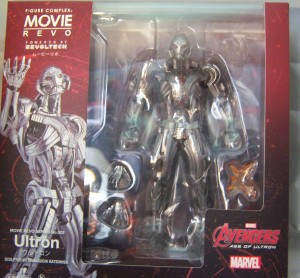 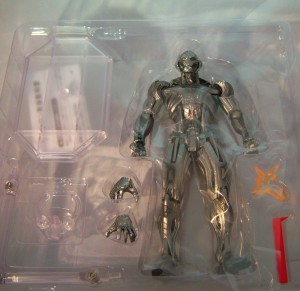 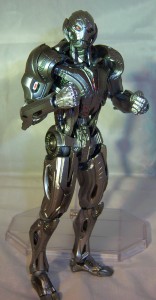 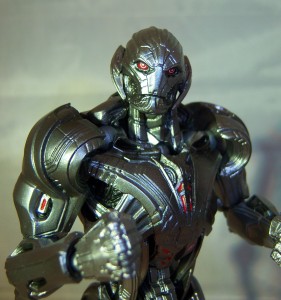 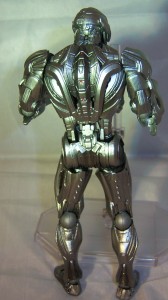 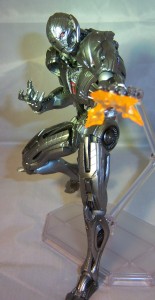 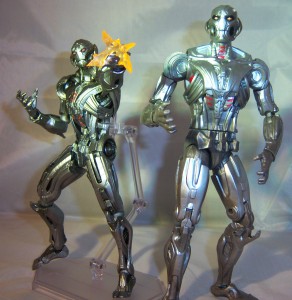 Looking at the Marvel Legend figure compared to the Revoltech is like comparing a Lamborghini to a Pinto. We are yet to see the S.H. Figuarts version as it was a web exclusive and due out in a few months. Comparing the Figuarts to the Revoltech is more up to par. Looking at the reveals of the Figuarts it is missing some key components in the sculpt. As you can see from the pictures the face sculpt to Ultron and the details on the body, arms, and legs are uncanny.

With the addition of the figure stand (an option that the Figuarts will not have) it is an extra that sets Revoltech apart from the pack.