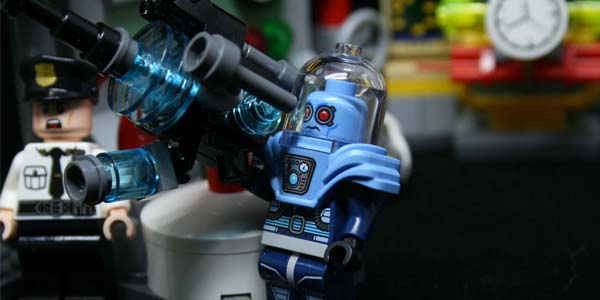 The LEGO Batman Movie Set with Mr. Freeze adds on to the Joker Balloon escape, to create part two of the mini diorama build.

The middle build of the dio-build expands the playset and give Mr Freeze a giant robot body. This center build is the most detailed part of the Gotham Electric plant. The build is not big at all but adds to the overall look of the bigger build. The set comes with one plant worker in emergency gear, trying to escape from the villain attack.

The real star of the set is the two looks of Freeze. There is the minifigure Freeze who has his red goggles and domed head and the larger robot body. This look has been done multiple times in other toy forms but this this the first time it has gotten the LEGO treatment. Along with the body Freeze also gets a rather large gun, which works best in the robot’s hands but can be held by the minifigure.

This was the first set to be released of the three and many felt it was the weakest of initial sets, but the Freeze robot is one of the better builds of the theme, and also sets Freeze apart from the other minifigures. It makes him much bigger than the others,  and puts him in the company of Bane and Clayface as the big guys of the theme. 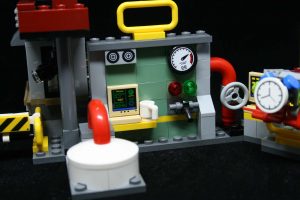 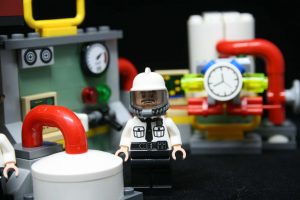 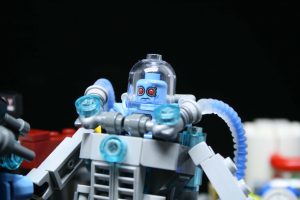 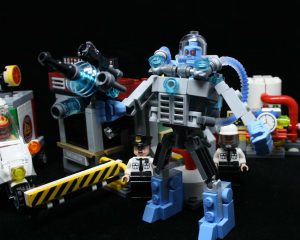 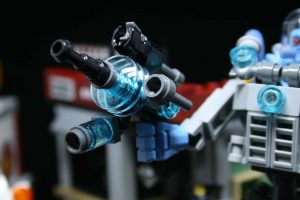 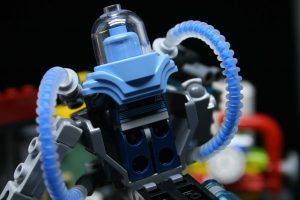 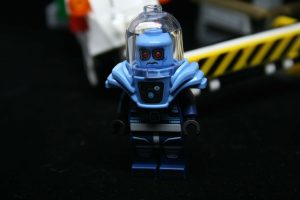 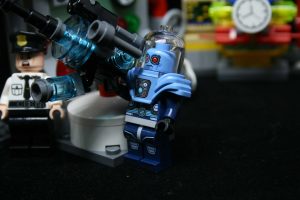