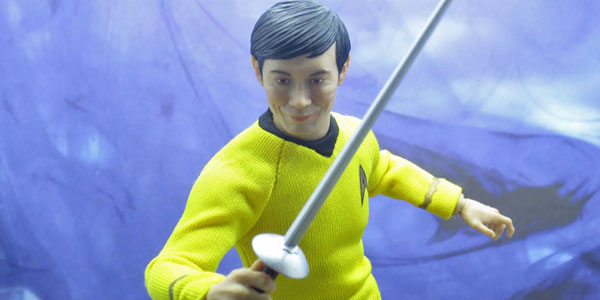 Mezco Toyz releases Hiraku Sulu, their second member of the crew of the USS Enterprise, in the One:12 Collective.

The work Mezco is doing in their One:12 Collective remains astonishing, especially at the 6″ scale, and the newest figure to join the Star Trek sub-set is none other than Mr. Sulu, following up to the previously released Mr. Spock.  Sulu looks great on his own, or alongside his Vulcan crewmate, and this figure is another huge victory for Mezco.

Sulu shares the same base body as Spock, which is a great choice for the younger, athletic George Takei, and both alternate portraits of the actor– one neutral and one sporting a cocky smile– are dead-on.  The heads are easily interchangeable thanks to the wide ball peg in the figure’s neck, and the joint allows for a great range of motion while resting entirely underneath the cloth collar of Sulu’s shirt. 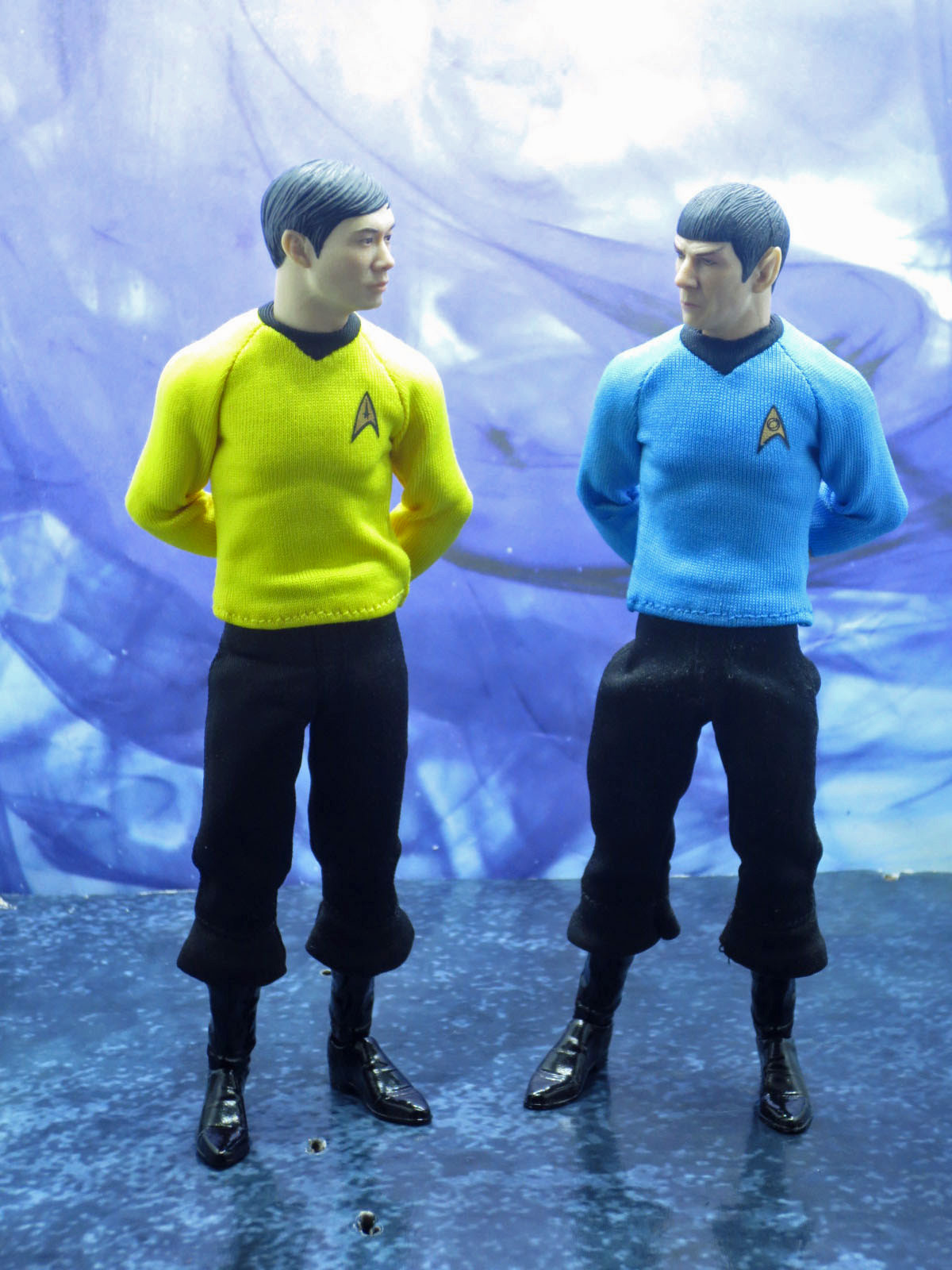 Once again, the fabric Mezco uses for this figure is both aesthetically perfect and accurate to the Original Series’ Starfleet togs.  The yellow shirt is bright and vibrant, and moves perfectly with the figure’s copious articulation with no over-bunching and a very natural folding pattern.  Sulu’s insignia and rank symbols are screen printed on the shirt, which is a smart choice since it looks good and does not ruin the figures silhouette the way embroidery or sewed-on pieces would.

The articulation pattern on the One:12 figures remains among the best we’ve seen in a 6″ action figure, and this allows for a wide range of poses perfect for Mr. Sulu, whether it’s standing at attention on the Bridge, or practicing his fencing skills with his sword, which is the figure’s most character-specific accessories.

In addition to the alternate portrait and the rapier, Sulu includes a variety of alternate hand poses which pop on and off the figure’s wrists with ease, and some cool standard Starfleet gear including a Tricorder, Phaser, and Communicator.  Sulu also comes packed with the signature One:12 Collective circular stand, cast in yellow and sporting a Starfleet Command insignia.  The base can be enhanced with a small flight stand, which is really all you would need for realistic poses with the non-super heroic crew of the Enterprise.

Mr. Sulu is available now along with Spock, and they will soon be joined in the One:12 Collective by Captain Kirk.  You can order your One:12 Star Trek favorites today from our friends at Mike’s Comics N Stuff.  Click Here to order now! 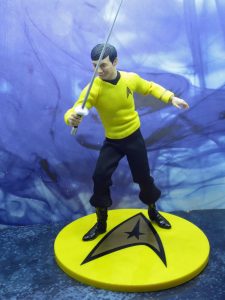 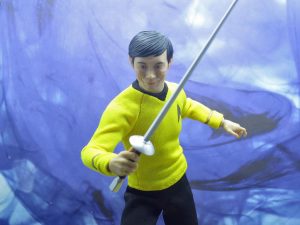 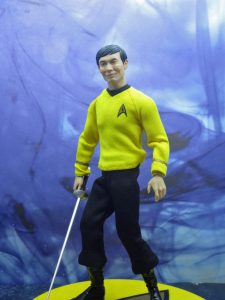 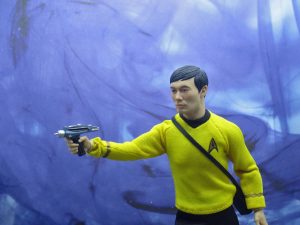 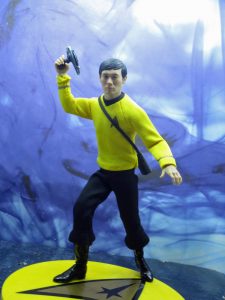 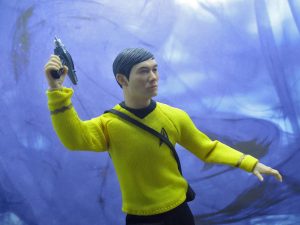 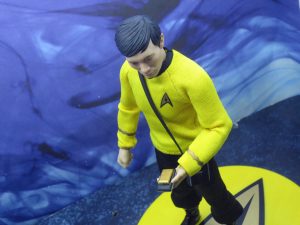 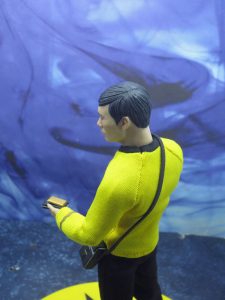 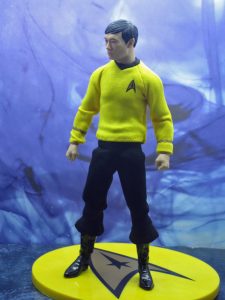 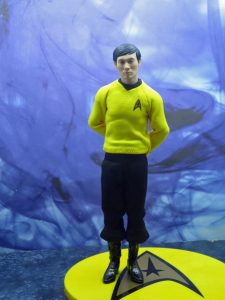 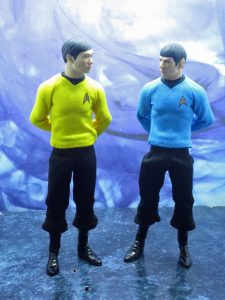 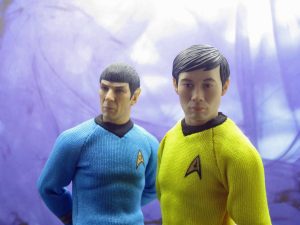 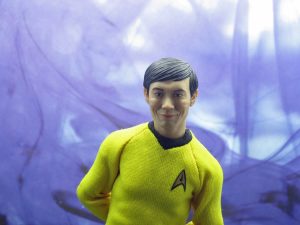 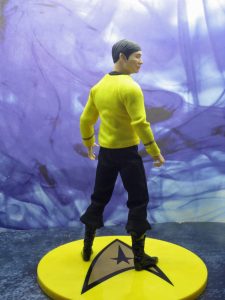 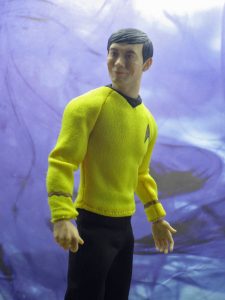 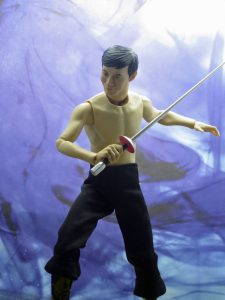 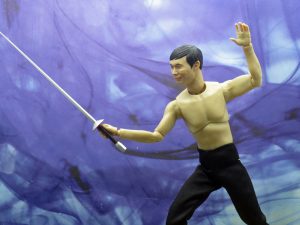 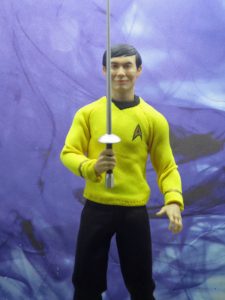 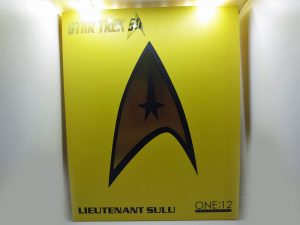 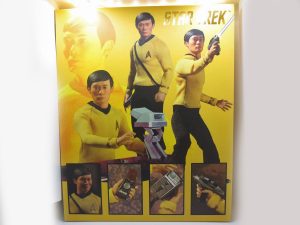 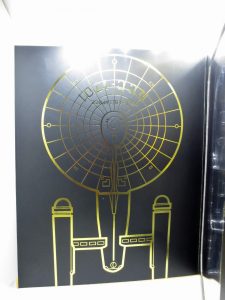 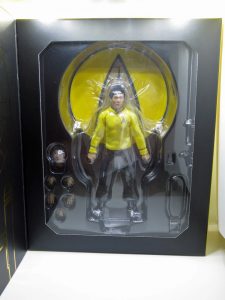