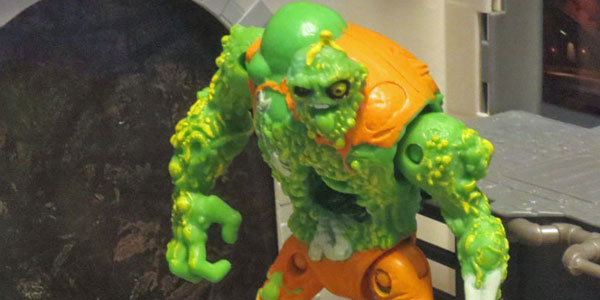 The living pile of garbage is back, and he’s as delightfully gross as ever.

Muckman keeps up Playmates’ recent trend of surprisingly detailed sculpts, and the slimy, oozy debris that makes up this trash monster’s form is full of small and cool little accents. From the can of lard embedded in Muckman’s foot, to the frog crawling up his leg, there’s a ton of stuff going on here.  New features like the figure’s skeletal hand and hollow torso (with exposed spine) mesh perfectly with nods to the vintage figure like the banana peel on top of his head.

Unlike some of Playmates’ earlier non-Turtles figures, Muckman sports a decent range of articulation– a semi-ball jointed neck, ball shoulders and ball hips– and he’s actually scaled quite well compared to his amphibious allies.

Unlike the original figure, the new Muckman doesn’t include any accessories. I do miss the vintage figure’s trashcan backpack and soup can gun (not to mention his sidekick, Joe Eyeball), but I appreciate that the essence of the new Muckman, right down to his color pallet, is taken directly from the 80s figure.

Muckman was originally scheduled to be released in 2016, and then was rumored to have been canceled. I’m happy Playmates found a way to release him after all, as he’s a great addition to this collection. And his spot wasn’t a guarantee, as the current iteration of Playmates and Nickelodeon’s TMNT will be coming to a close at the end of the year.  Aside from Usagi Yojimbo and the Samurai Turtles coming this summer, Muckman is just about the last all new sculpt in this long running toy line.  And he’s also one of the best. 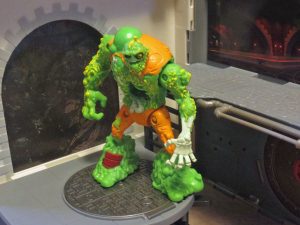 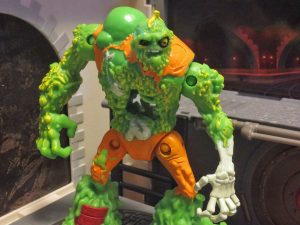 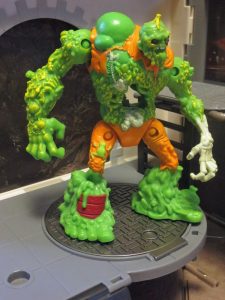 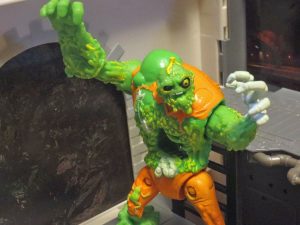 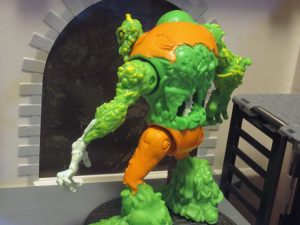 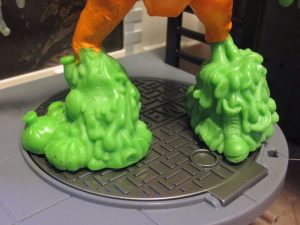 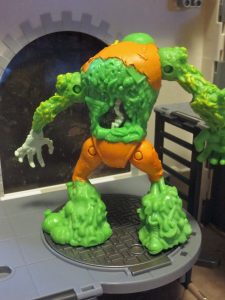 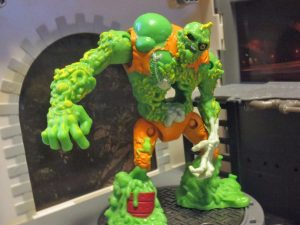 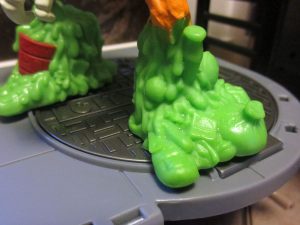 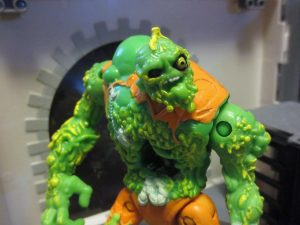 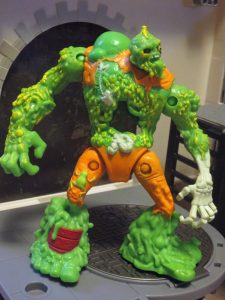 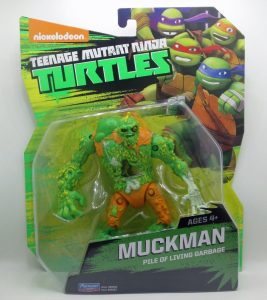