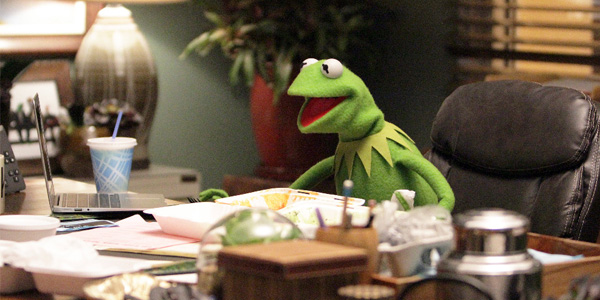 The Muppets are back in prime time, and they started with a bang.With all the controversy surrounding the return of the Muppets I had concerns it would not hold up. Boy was I wrong.

The first episode took the test footage shown after Comic Con, and incorporated the jokes into the first 30 minute show. For those of us who saw the preview they were not the big laughs hearing them done again, but the rest of the show was just perfect. A mix of the nostalgic feeling from the old show, mixed with updated Muppets, and great gags this show has legs.

The Muppets are all there, at times even poking fun at themselves, talking about TV standards and what can’t be said on TV these days. It was just a riot to watching, I doubled over because I was laughing so hard at some of the jokes. Between Kermit’s “Bacon Wrapped Hell” and Fozzy Bear having a Tinder profile it was a solid first outing.

So what did you think will you be back for more, or is this too much for those sensitive families who are afraid of a few Muppets?