The Muppets Most Wanted is a Silly, Worthy Sequel 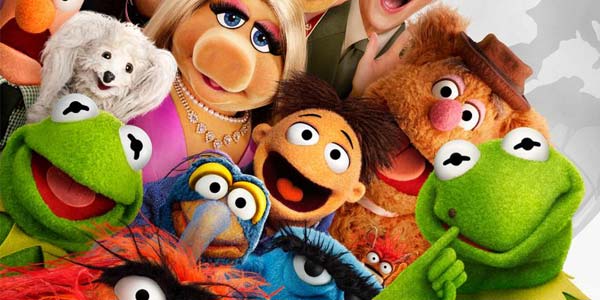 The Muppets are back, with another fun, cute adventure that keeps their winning streak going.

2011’s The Muppets was a movie I liked way more than I predicted, so The Muppets Most Wanted faced a different challenge– instead of low expectations, this sequel had to live up to a surprisingly funny and energetic predecessor, one that revitalized Jim Henson’s creations in a way that was cute enough for kids, meta enough for adults and zany enough to measure up to the characters in their prime.

Despite some flat trailers, The Muppets Most Wanted managed to live up to expectations, proving the 2011 movie wasn’t a fluke.  There are things about Most Wanted that aren’t quite as good as the last movie, but other aspects– most specifically the focus on our felt heroes– that were a welcome change.

The story is sort of a riff on The Great Muppet Adventure, executed better.  After saving their theater, The Muppets are immediately goaded in to a world tour by Ricky Gervais’ Dominic Badguy, a booking agent not-so-secretly working for Constantine, a doppelganger of Kermit labelled the most dangerous frog in the world.  While on tour, Kermit is ambushed, winding up in a gulag in Siberia while Constantine masquerades as him to lead the Muppets unwittingly into a string of high stakes robberies at each tour stop.

Like most Muppet movies, the premise is super simple, serving mostly to connect the sketches and musical numbers and celebrity cameos which make up the bulk of the movie.  I mean that in the best way possible– the songs by Bret McKenzie are by and large great, and while they lack the soundtrack lacks stand out tunes like “Life’s a Happy Song,” the overall musical experience in this movie is way better.  The majority of the celeb drop-ins are equally great, with virtually everyone’s tongue firmly planted in cheek (a special nod goes out to Celine Dion, whose glittery duet with Ms. Piggy saved one of the few weak songs in the most hilarious way possible).

Like the previous movie, the gags and jokes come fast and furious.  There’s rarely a down time without something silly being said or being done, or happening in the background, and the result is a lot of laughs, even with some misses peppered in among the hits.  If a gag totally falls flat, it won’t take long for another one to register a giggle or a flat out belly laugh.

As I said earlier, one of the best aspects of this movie is its focus on the Muppets themselves.  While the last film was totally fun, it spent a lot of time with the (decent) human leads.  Here, our human cast– Gervais, Tina Fey as the warden of the gulag, and Ty Burrell as an Interpol agent on the trail of Constantine along with Sam Eagle– are very much in supporting roles.  It’s good in the case of Gervais, who I found to be a little irritating, but Tina Fey does wonders with her relatively limited role and there were some great silly buddy cop moments shared between Burrell and Sam which left me wanting more of this duo.

Despite its strengths, the story bogs down some of the movie’s impact.  It seems strange that it takes the Muppets so long to realize their beloved leader has been replaced by an impostor, and they end up coming off like idiots rather than victims.  Constantine is a good villain, but I feel his impact– especially scenes in which he attempts to mimic the original Jim Henson Kermit voice– have an unintentional sadness that reminded me that all our new Muppets have different voices than the classics.

The strongest stuff is most definitely Kermit’s story, as he earns the respect of his fellow gulag inmates by managing their upcoming talent show.  The convicts are hilarious, with Ray Liotta, Jemaine Clement and a returning Danny Trejo stealing the show.  I loved everything about these guys, from the Prison King’s crown of sporks, to their animated rendition of A Chorus Line’s “I Hope I Get It.”  It’s a scene almost as delightfully silly and subtly subversive as Camilla and the Chicken’s Cee-Lo spoof “Cluck You” from the last movie, and those moments are when this feels the most like the original Muppets’ sensibility.

The Muppets Most Wanted is by no means the best of their big screen adventures, but I felt it was a worthy entry in the series.  The laughs in the audience were very balanced between kids and adults, and the same charm and zaniness that made the last movie work so well are clear and present here as well.  I think the rapid-fire joke method works well for the Muppets crew, and the end result for this movie was a trip well worth taking.