The Mutants are Coming 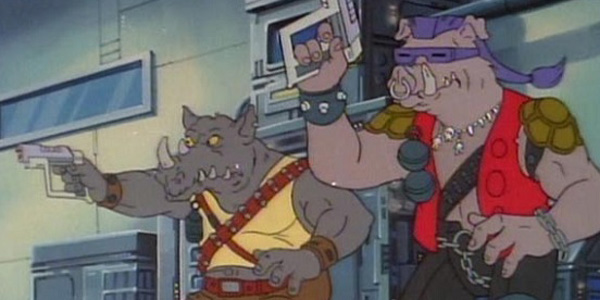 It looks like Rocksteady and Bebop might be close to the cartoon origins according to CM Punk.Talking with the Chicago Tribune former WWE star CM Punk talked about an offer he had to be part of the upcoming TMNT sequel. While the role of Rocksteady ultimately went to another WWE star, Sheamus, CM Punk went on to talk about not getting the part.

“I just assumed he’s a bigger dude, so they gave it to the big guy. It makes sense. They were looking for two big, muscly bouncer types. (Sheamus) fits the role. I think they end up getting mutated half way through. You didn’t hear that from me though.”

In the cartoon the pair were created by Shredder to combat the Turtles, but they never seemed to be able to pull it off. Many fans have been waiting to see them in live action, after they were not used in the 1991 Secret of the Ooze film. Instead two others were were used leaving many fan disappointed in the choice.

The first film was a relative hit, but left many older fans waiting for Michael Bay to stop destroying their childhoods.

How and why they mutate is still a mystery, but with the film less than a year away we are sure to see something before the year is over.