Look Out Mutants The Thundercats Are On The Loose!! 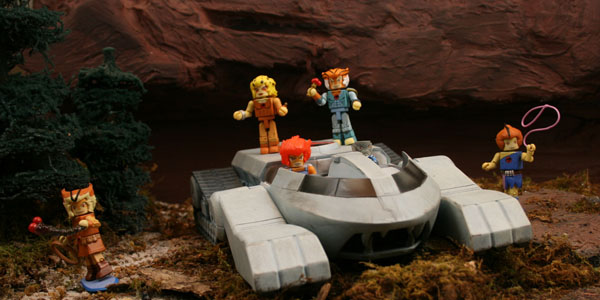 Diamond’s Minimates have let the Thundercats loose once again. This time we get the rest of the main Thundercats to take on the Mutants of Third Earth.

Lion-o and Panthro were lonely until recently– they were the only two Thundercats around to take on the Mumm-ra and the Evil Mutants. But now the rest of the team along with Ro-bear Burbil are here to help out. 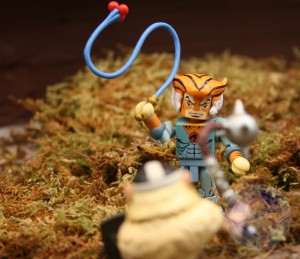 Tygra looks amazing, giving fans not only his full whip, but a passive version as well, but there are two issues with these figure on both of his arms. It is difficult to move his right arm at the elbow because of the costume, and his shoulder pad on his left arm can cause the shoulder to fall off. Both are small issue for a great figure.

Cheetara is also a great addition to the line. She has both version of her bo staff– a passive version, which can be attached to her wrist and a long version that can be held for action.

The other two figures in this set are Wilykit and Wileykat. They both share bodies, but like all Minimates they are the same size as the adult cats. Both kids come with a few accessories– a hover board to ride, lassos, and one set of pellets to throw at mutant enemies. 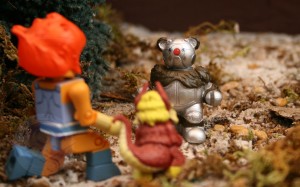 Ro-bear burbil is the only figure that can not move in the set. Like Snarf in wave one and the robot rat in wave 2 he is the extra pack-in. It is nice to see these little extra characters in the sets adding to the value of the set.

Overall this is an amazing set to own for any Thundercats fan. I will admit with every set I get it makes it harder to pass on collecting other Minimate lines.

Thank you to our Sponsor Mike’s Comics-N- Stuff, who has these in stock now for getting these to us for review. 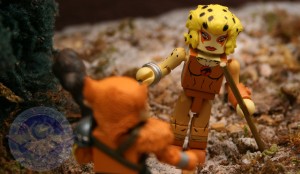 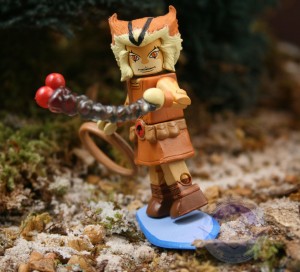 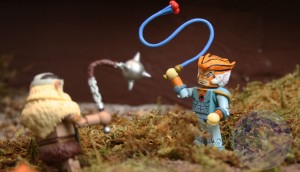 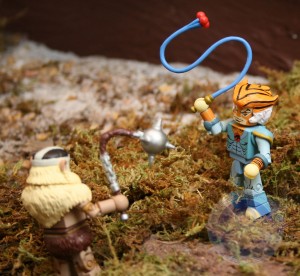 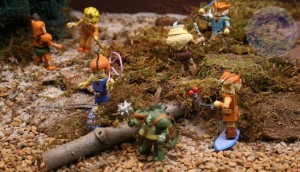 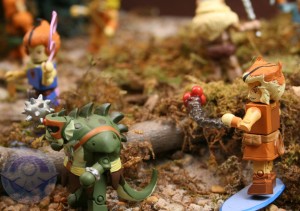 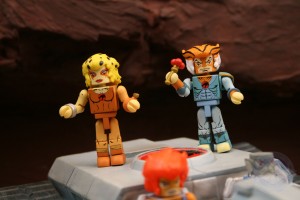 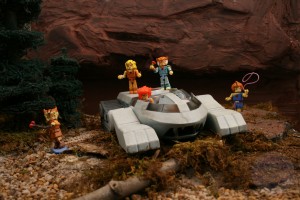 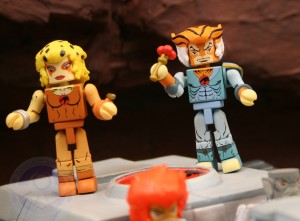 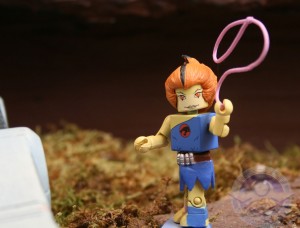 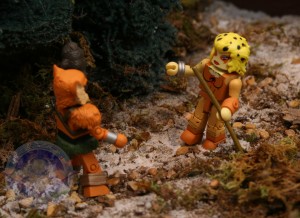