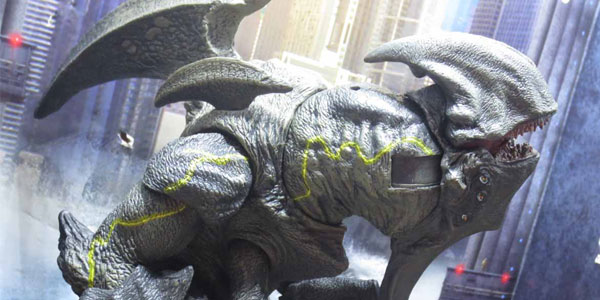 NECA unleashes one more all new Kaiju as the epic Pacific Rim toy line comes to a close.

I can’t think of many action figure success stories more perfect than NECA’s Pacific Rim.  The Guillermo Del Toro blockbuster did modestly well at the box office, but in the years since it’s been NECA’s toy line that truly stood the test of time.  The line is finally winding down, after the release of over a dozen Jaegers and almost as many Kaiju… but NECA’s not quite done yet.

The latest release from the series is Mutavore, one of the Kaiju who appears briefly in the opening of the film, facing off against Australian Jaeger Striker Eureka.  Like the other Kaiju, Mutavore features a very unique and interesting silhouette. much of which is based in the axe-like crescent patterns of the beast’s head, tail, and back spikes.  I love the three sets of eyes, inverted on the bottom half of Mutavore’s head, and NECA’s action figure captures this truly outlandish creature perfectly.

Mutavore’s body proportions are unique among the Kaiju, with longer legs and smaller arms, giving him a more humanoid shape than many of the others.  Despite this, we’re still obviously looking at a Kaiju, as evidenced by its textured, leathery skin, bone plate armor, rows of razor sharp teeth, claws and, of course, the bio-luminscent lines that adorn its body.

Not only is Mutavore one of the most articulated Kaiju figures, he has the best range of motion, as well.  The creature’s head alone sports four different moving pieces– a ball neck, swivel hinge for lateral movement at the base of the head, and an articulated jaw.  The rest of the monster is equally poseable, and from the ball jointed torso to the ball socket shoulders and hips, each point of articulation offers a great deal of motion, moreso than some of the more sculpt-inhibited Kaiju of the past.  Mutavore’s hock-joint legs feature three sets of half-balls, which are quite helpful when it comes to standing this hefty beast, and thanks to this articulation he can strike a number of action poses while standing stable on both feet. 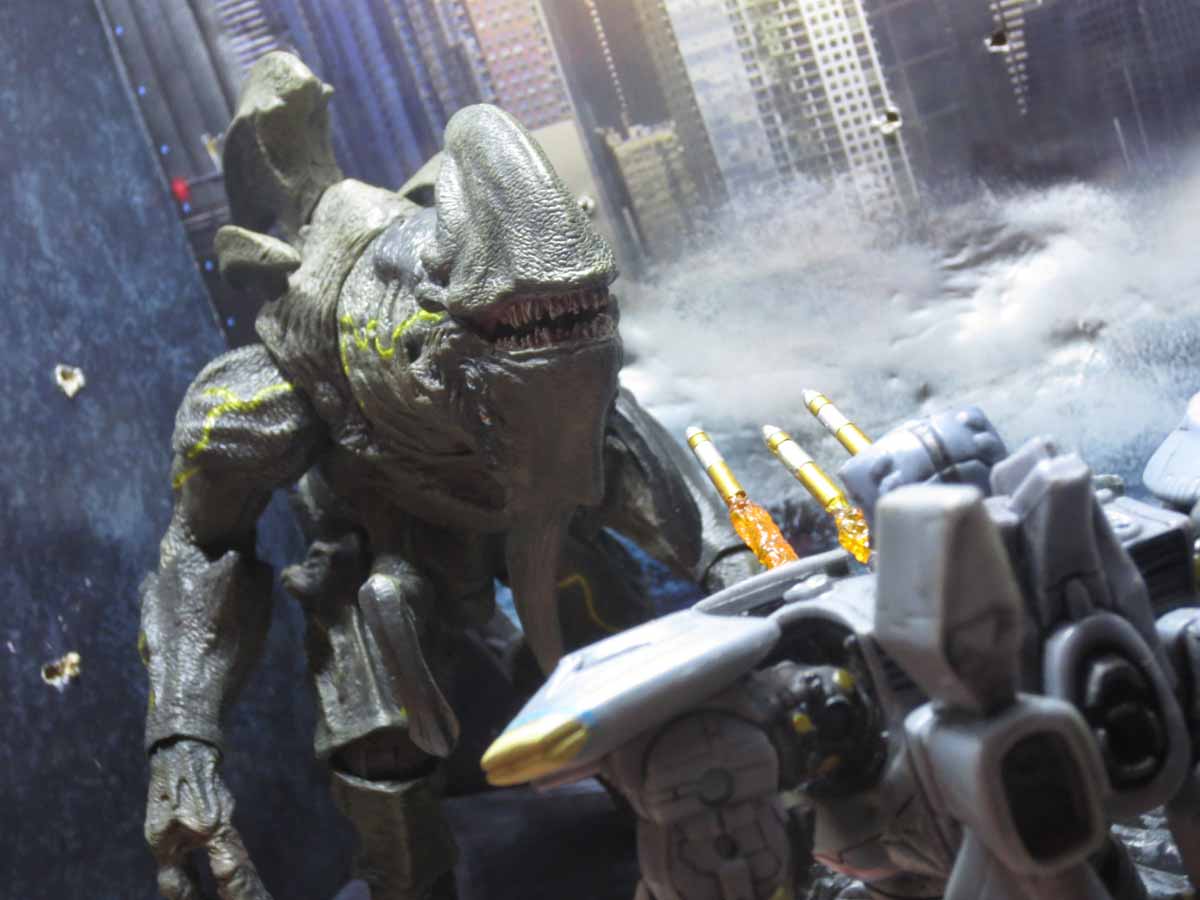 The biggest appeal of NECA’s Kaiju has always been their size, and Mutavore is another wonderfully heavy chunk of plastic.  The creature stands over 8″ tall, and is big and bulky, looking like an even match for the most robust of Jaegers.  Mutavore also fits in perfectly in scale with his fellow Kaiju, who have come together to compose quite the team of city-smashers during the long run of this toy line.

Mutavore is a one-off deluxe figure, and was released in a window box similar to Otachi.  This means he’s more expensive than some of the older Kaiju– Mutavore runs about $55– but this higher price tag means NECA can afford the unique tooling to do this monster right.  I’m a Pacific Rim die hard, so that’s just fine by me.  It’s incredible that three years after the movie, NECA is still cranking out these fantastic, totally original monsters in toy form.  Sadly, Mutavore and the similarly-designed Hardship look to be the last Kaiju on NECA’s docket… but even if that’s the case, it’s been a hell of a run, and Mutavore is such a great figure, it’s hard to argue that NECA’s Pacific Rim collection isn’t going out on top.

You can find Mutavore now at specialty retailers, Toys R Us, or through NECA’s eBay store. 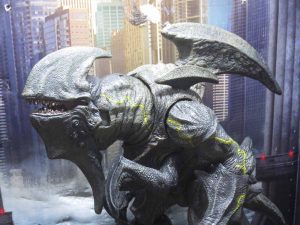 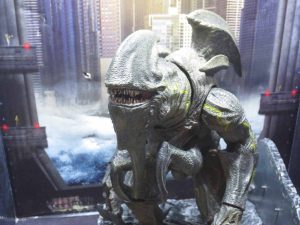 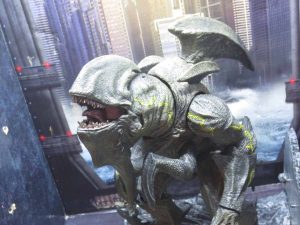 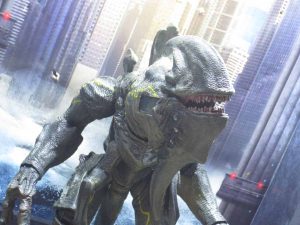 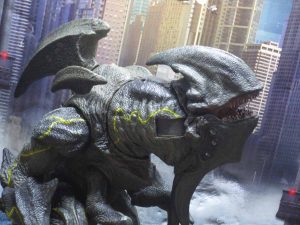 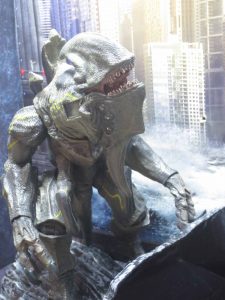 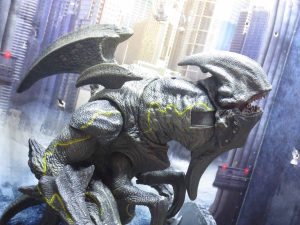 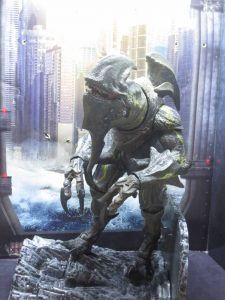 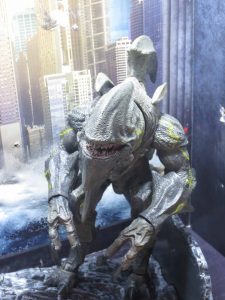 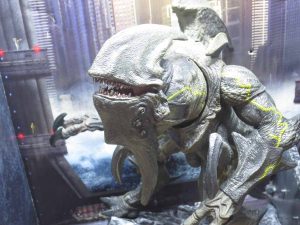 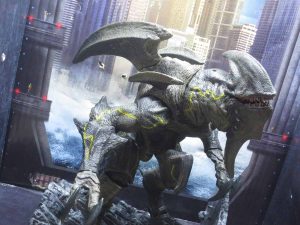 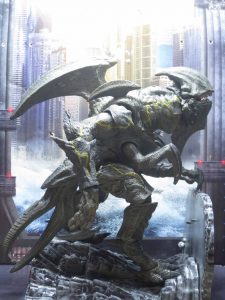 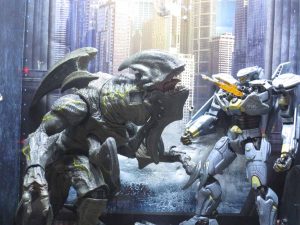 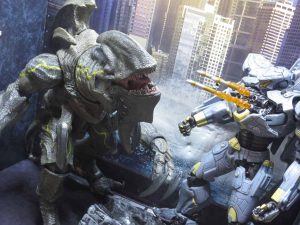 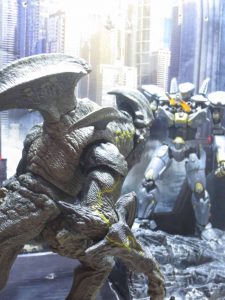 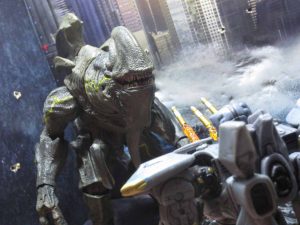 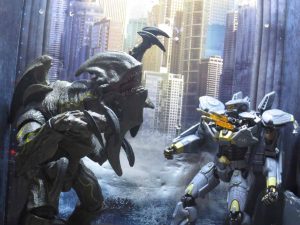 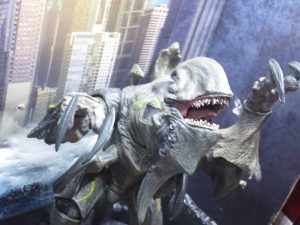 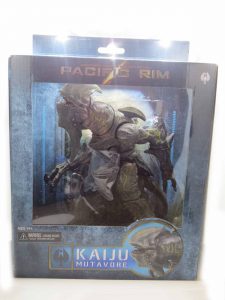 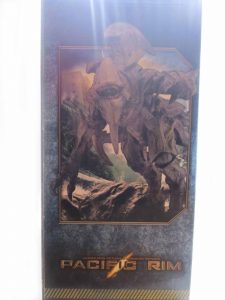 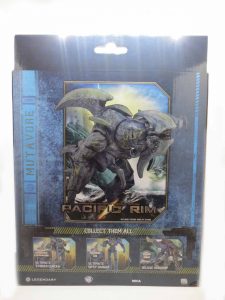