The Mystery is Over: The Unnamed One Revealed 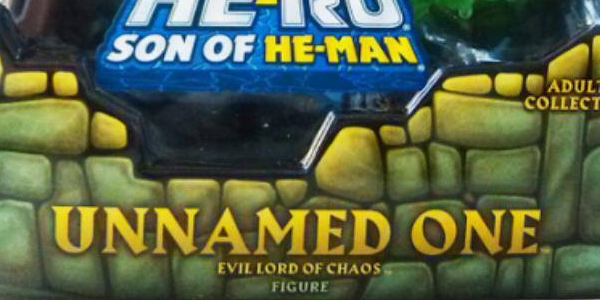 Over the weekend the cat was let out of the bag about the Unnamed One, the bonus figure in the 2014 Masters of the Universe Classics line. Some are happy… some are scrambling to write up their eBay listings.

The figure, which first showed up on an auction site, has made its rounds on the message boards and social media on Sunday. The MOTU collecting community we crazy over the figure, both positive and negative. This is the perfect bonus figure for a line of this type, because it is not a figure everyone will want. When the sub  first started Mattel had some fun offering a Wonder Bread He-man to fans as a bonus figure, followed by a must have figure in Shadow Weaver to make sure fans bought into the line. Those were a mix of fun and marketing to get fans to stay all in on the line, but in the past few years the bonus figures have been seen, in some eyes, as unnecessary. 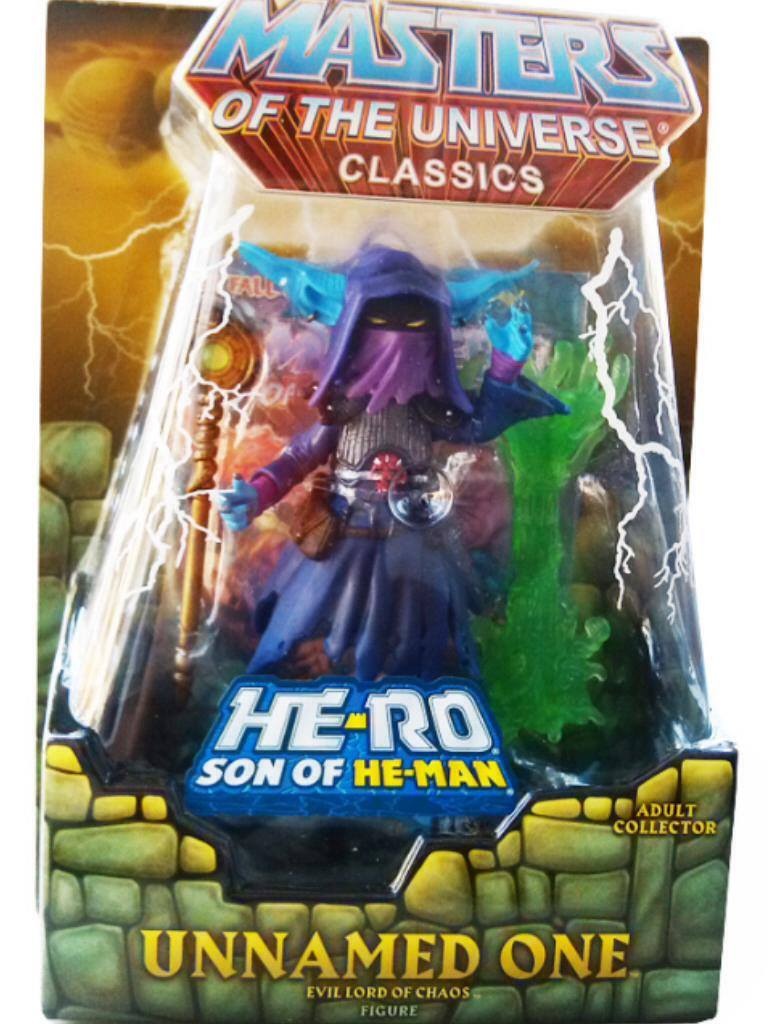 The Unnamed One is one of those figures that may fall to the bottom of collector’s bins once it is their hands, making it a figure that would not sell a sub. Some of the anger over the figure was due to all the mystery surrounding the figure, starting at SDCC. The figure was never shown, and only teased by Mattel, and would revealed when fans got him in the mail as part of their sub. It was a big marketing ploy for this dying line, trying to get fans to sub by teasing them with a figure that could or could not be the best figure to date. If this figure was shown at SDCC, there is no doubt it would have impacted some collector decisions about subbing for 2014. Fans have been asking Mattel to comment, but they refuse to confirm or deny this is the official figure, holding any comment until after the figure ships. But if this is a hoax why not just come out and say it or stay silent?

Will this go down as the Smash Blade He-man of the line? Only time will tell, but I’m sure there will be a flood on Ebay when this figure starts shipping to collectors. So will you keep him or is he going up up for sale?