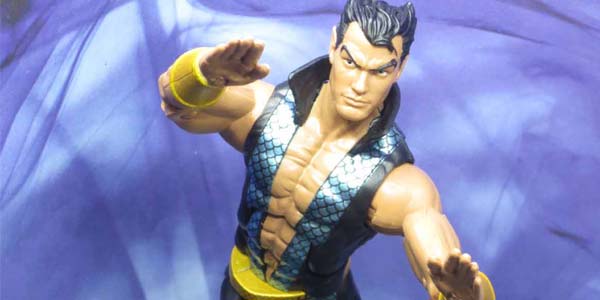 Hasbro’s new Marvel Legends Namor is one of the best super hero action figures of the year.

The biggest danger when it comes to designing mass market super hero toys is too heavy a reliance on only a few base bucks.  Yes, it’s good to feature a consistent aesthetic within a toy line, but if too many figures use the exact same blank body with a different skin-tight suit painted on it, the individual toys can start to feel same-y and kind of dull.  That’s why Hasbro’s new Marvel Legends Namor is an interesting and exciting addition to the long-running collection, a I hope we see more figures like this in the line’s future.

Namor is a healthy mix of existent tooling– he features the Bucky middle weight buck– along with enough new sculpting to make him feel truly unique.  It goes beyond the fantastic headsculpt or the Submariner’s iconic ankle wings… the team at Hasbro was very thoughtful with their decision to also give Namor all new, bulkier shoulders and beefy biceps, which not only change the overall silhouette of the figure, but lend authenticity to the swimmer’s build an aquatic super hero would possess. 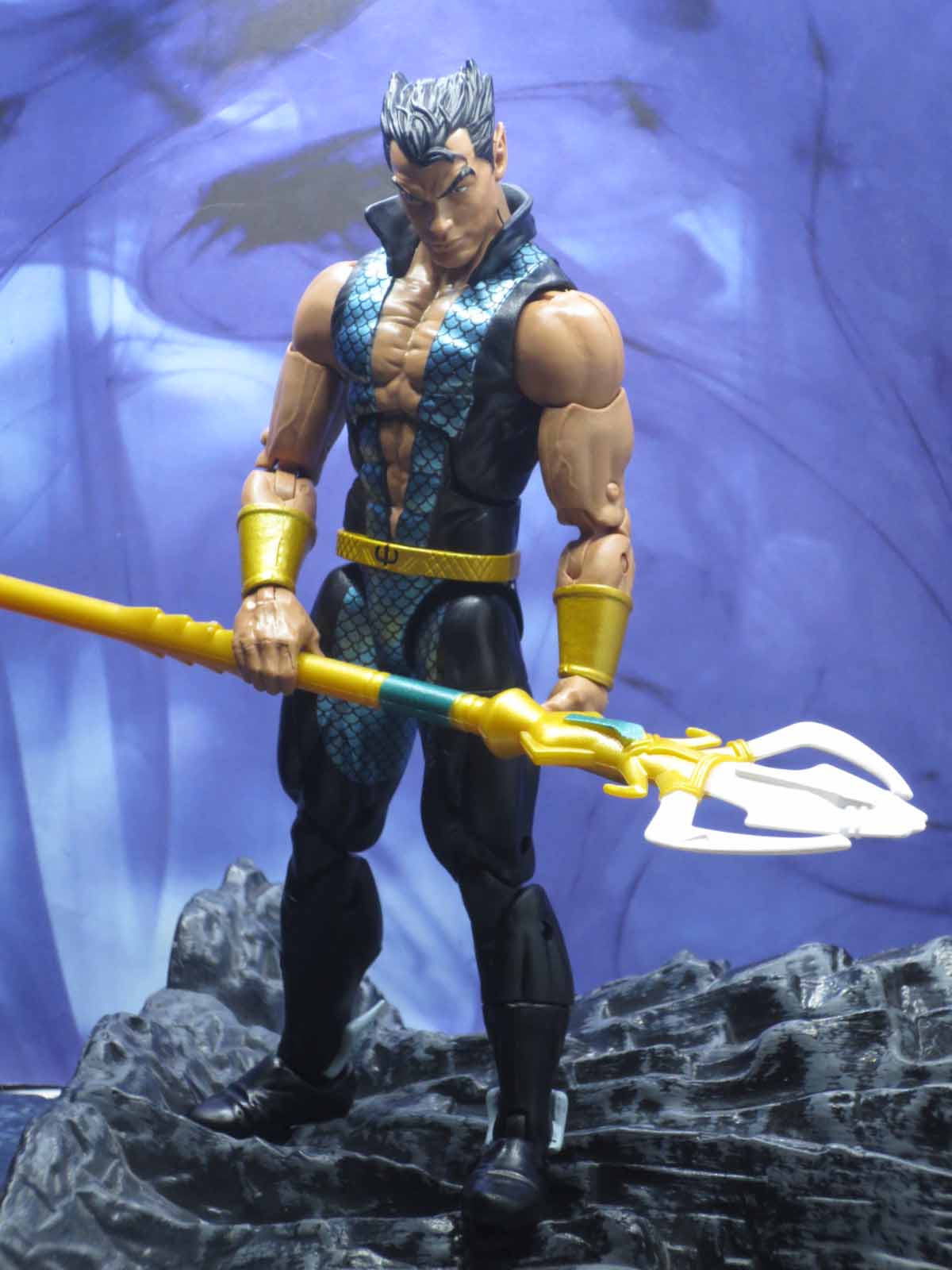 If you’ve collected Legends anytime in the past five or so years, Namor’s copious articulation should come as little surprise, allowing the figure to strike any number of poses, whether standing with an aristocratic disdain for surface-dwellers, wielding his trident at an opponent, or swimming toward his next adventure.  The paint work on this figure is also stellar– Namor is depicted in his modern costume, which is mostly black, but accented by a metallic aquamarine stripe down the center, with an intricate scale pattern sculpted on it.  The matte black and shiny blue really make this figure pop, and the rest of his gold accents– the newly sculpted belt, the gauntlets, and the trident– help maintain a true sense of continuity within the figure’s pallet.

I’m truly impressed by this figure’s headsculpt, which is by far the best looking Namor sculpt I’ve seen.  All the iconic accents are here, from the extreme arches of his eyebrows, to the pointed ears, to the hair… which maintains the classic widow’s peak and rear spikes, while also including some very subtle wind (or wave?)- swept details.  While Namor’s expression is fairly neutral, the character’s regal demeanor absolutely still comes through in this great sculpt.

As far as accessories go, Namor’s no slouch.  In addition to the trident– which is okay, although is definitely on the chunky and unwieldy side– he also includes alternate swimming hands, which can be easily swapped out thanks to the figure’s sturdy wrist pegs.  Unlike most Legends, Namor does not include a Build-A-Figure piece, as he’s not part of a series proper, but the latest Walgreens exclusive one-off figure.

Namor should start to surface* at Walgreens very soon, and if I can leave you with anything, let it be this– he’s one of the best Marvel Legends toys in the long, celebrated history of this line, and he is very much worth the effort to chase down at retail. 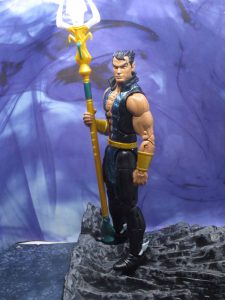 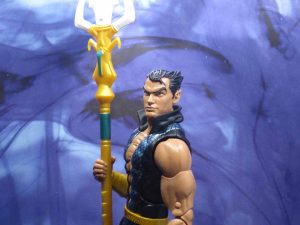 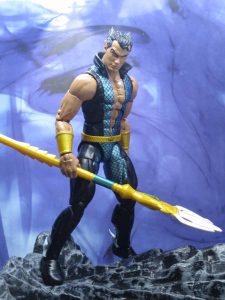 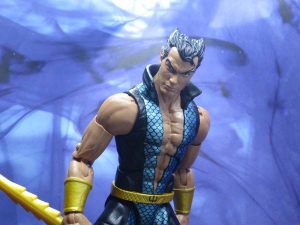 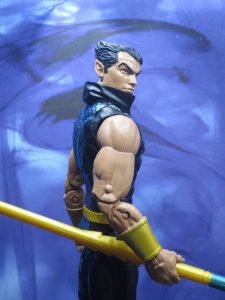 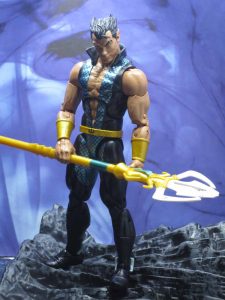 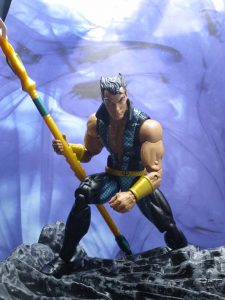 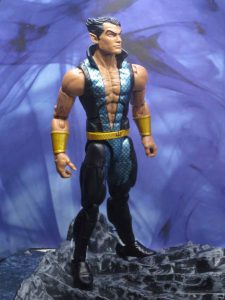 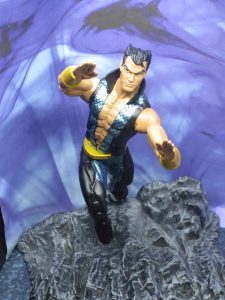 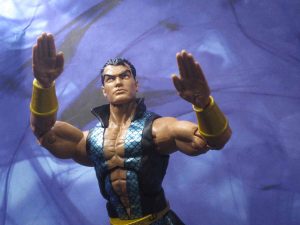 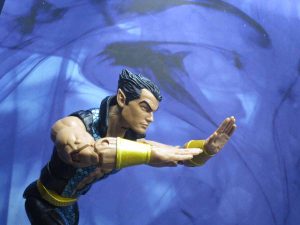 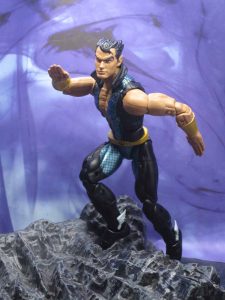 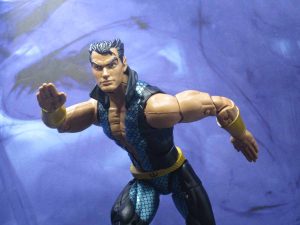 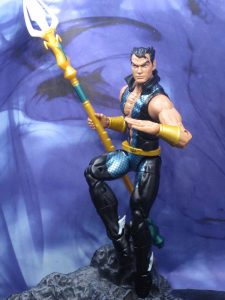 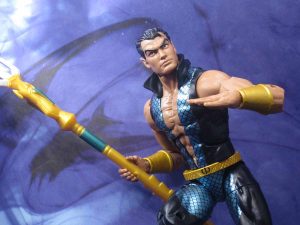 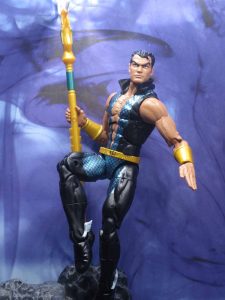 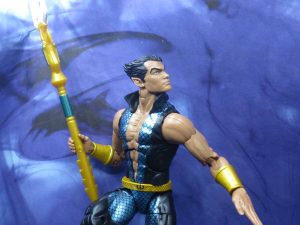 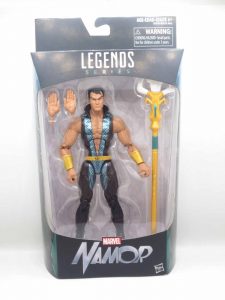 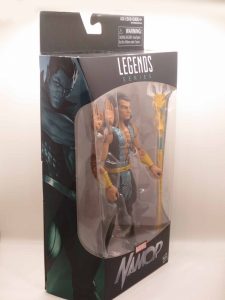 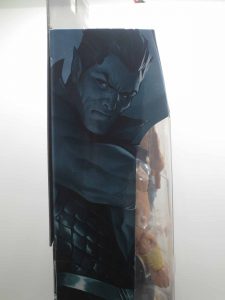 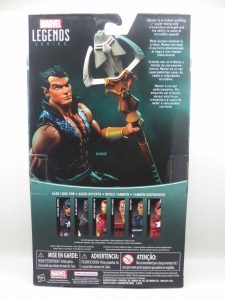 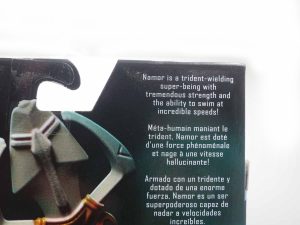 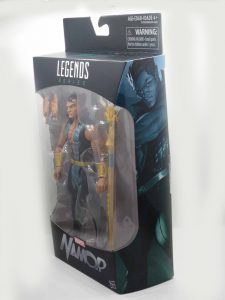 *This is a Namor toy review.  If you don’t think I’m including at least one underwater pun, you don’t know me very well at all. #SorryNotSorry.